The next two editions of the Ryder Cup in 2023 and 2025 will be shown live on Sky Sports' dedicated Ryder Cup channel; Sky Sports will remain the home of the DP World Tour until at least the end of the 2024 campaign 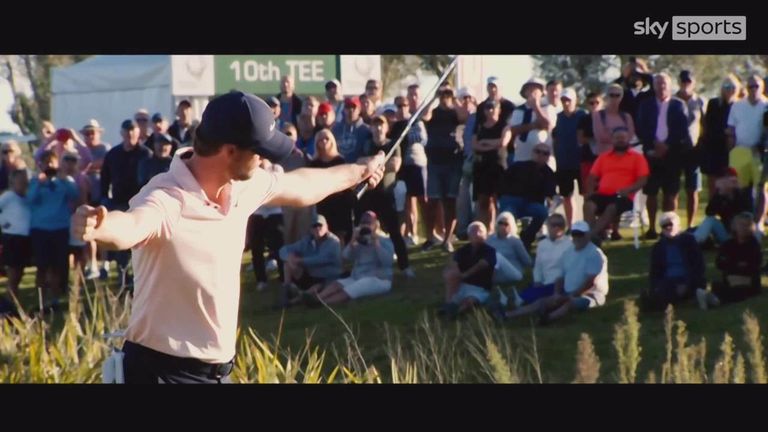 The deal will see all DP World Tour events broadcast live exclusively across Sky's platforms, including both its linear and on-demand services. That means Sky Sports customers will be able to enjoy a minimum of 32 live events each season across the Tour's global tournament schedule.

Fans will also be able to enjoy new featured group coverage for the Tour's flagship Rolex Series events, and the Tour will also be working closely with Sky's VIP loyalty programme to offer access to a selection of UK and ROI tournaments.

Sky Sports customers will also enjoy a range of golf programming across both linear and digital platforms, including masterclass sessions with former DP World Tour winners, behind-the-scenes access ahead of the world's biggest events, documentaries and much more.

The deal will also see Sky Sports broadcast to its UK and Ireland customers both the 2023 Ryder Cup in Rome and the 2025 contest in New York, live on a dedicated Sky Sports Ryder Cup channel.

Sky Sports: The home of golf

This agreement extends an already successful partnership between the Tour and Sky Sports that stretches back almost 30 years. Sky Sports' award-winning golf analysis is provided by some of the biggest names in golf, including former Ryder Cup captain Paul McGinley, Butch Harmon, Laura Davies and Nick Dougherty.

Speaking about the extended partnership, Managing Director of Sky Sports, Jonathan Licht said; "As we kickstart a record-breaking year of golf on Sky, we are thrilled to be extending our long-term partnership with the DP World Tour, further cementing Sky Sports as the home of golf in the UK and Ireland.

Sky Sports will show over 120 live tournaments in 2022 - get all the key dates and timings here...

"This year, our customers can enjoy the DP World Tour alongside our live coverage of all four men's majors, all five women's majors, the PGA Tour, LPGA Tour and Ladies European Tour, all whilst they countdown the days to next year's Ryder Cup in Rome, live exclusively on Sky Sports."

Keith Pelley, Chief Executive of the European Tour group, added: "Sky Sports have been a trusted partner to our Tour as we continue to grow and transform, ensuring that fans of our sport remain as close to the action as possible - with comprehensive live coverage of our events, world-class analysis, and behind the scenes features.

"We're delighted that our partnership will continue until the end of the 2024 season for the DP World Tour and will continue until 2025 for the Ryder Cup. As a Tour, we are focused on giving fans innovative and insightful content, so we're excited about what is to come in collaboration with the talented team at Sky."