Ian Poulter admits it is now time to go "back to the drawing board" in an effort to rediscover his touch on the greens.

The Ryder Cup star, ranked 33 in the world, claims his game from tee to green remains in fine shape but concedes he is now struggling to read the line of many putts.

Poulter missed the cut in his last two tournaments – the Scottish Open and Open Championship – and will soon be heading Stateside for the WGC Bridgestone Invitational at Firestone.

"I'm not disappointed how I played because I thought I played good but I'm disappointed I didn't hole my fair share of putts," said the 39-year-old.

"It's back to the drawing board now. I've got to try to visually see my lines. Some weeks you just can't see the right lines, you can't visualise the ball going in the hole, and that puts the rest of your game under pressure to hit it close.

"I need to go above and beyond, I need to find the time to put the hours in before the next event. We all rely on putting, we all hit it well from tee to green but unless you hole the putts you are not going to win tournaments.

“I've had great times and won great tournaments but my putting has held me back. I need to work harder on that, put in even more hours. It's time for me to put more emphasis on my putting.” 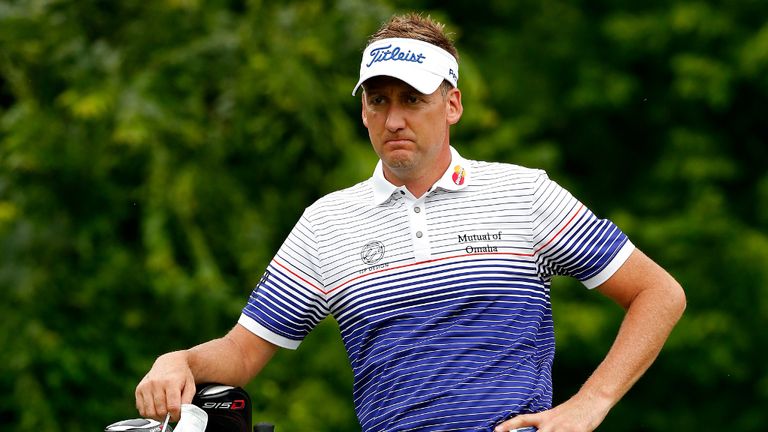 We all rely on putting, we all hit it well from tee to green but unless you hole the putts you are not going to win.

Following next week’s event at Akron, Ohio, Poulter will be travelling to Whistling Straits in Wisconsin for the season’s final major – the PGA Championship.

Looking ahead, Poulter added: "Akron is not a good course for me so I probably won't play more than three or four holes in practice but I'll spend a day on the putting green on the Wednesday.

"Sometimes you stand over a putt, you visually see the line and you hit the line. It sounds silly to say but you just don't have that feeling all the time."