"This tournament is heavily loaded compared to everything else we've done, and I think it's something to maybe look at in the future," says Lee Westwood; Shane Lowry pleased with six-under 66 under additional pressure; Bernd Wiesberger stays in the hunt with a 67 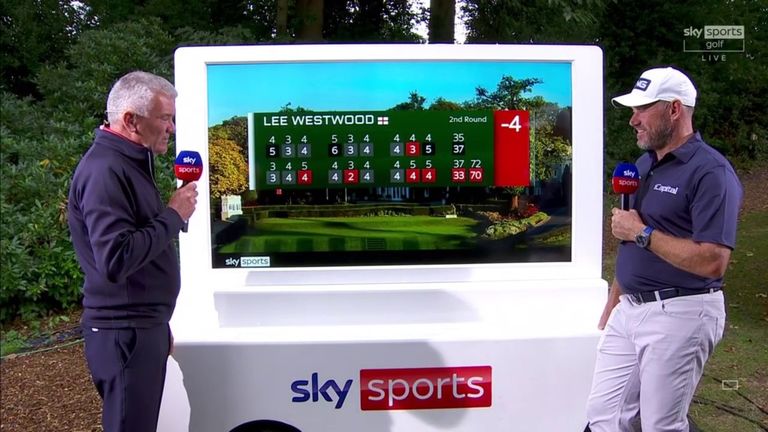 Lee Westwood believes the European Ryder Cup qualification process may need a rethink for 2023 after the late scramble for places this year.

Padraig Harrington will not finalise his team until after the BMW PGA Championship on Sunday evening, less than two weeks before the start of the showdown with the United States at Whistling Straits on September 24-26.

Westwood was in the automatic qualification places ahead of this week, but could still be overtaken at the 11th hour - as could Shane Lowry and Tyrrell Hatton - depending on his performance at Wentworth, where the large amount of qualifying points on offer gives hope of snatching a last-gasp place to a number of players, with Harrington also still mulling over his three captain's picks.

Back-to-back scores of 70 have kept Westwood in contention at the BMW PGA Championship - with winning the tournament his main focus - although he was in danger of missing the cut after playing the front nine in two over in the second round, before battling back with four birdies on the back nine.

"I'm here to try and win the tournament and Sunday night, if you're in the team, then you start thinking about the Ryder Cup," said the 48-year-old Englishman, who has made 10 Ryder Cup appearances.

"There's so many variables, as well, with the way we've set up the qualification this time around. This tournament is heavily loaded compared to everything else we've done, and I think it's something to maybe look at in the future.

"You can see how players are reacting to it out on the golf course. You know there's people right in there and they are shooting scores where clearly they have got other things on their mind."

Westwood was playing alongside Lowry, who requires a top-eight finish to secure an automatic qualifying place - possibly at the expense of Westwood - to ensure he will make his Ryder Cup debut.

The 34-year-old Irishman did his chances no harm with a six-under 66 in the second round to move to eight under at the halfway stage.

Lowry enjoyed an excellent front nine with four birdies on the even-numbered holes before adding a further gain at the par-three 14th. His only bogey of the day came at the 15th, but he bounced back from that with birdies at the two closing par-fives, and was pleased with his performance under the additional pressure. 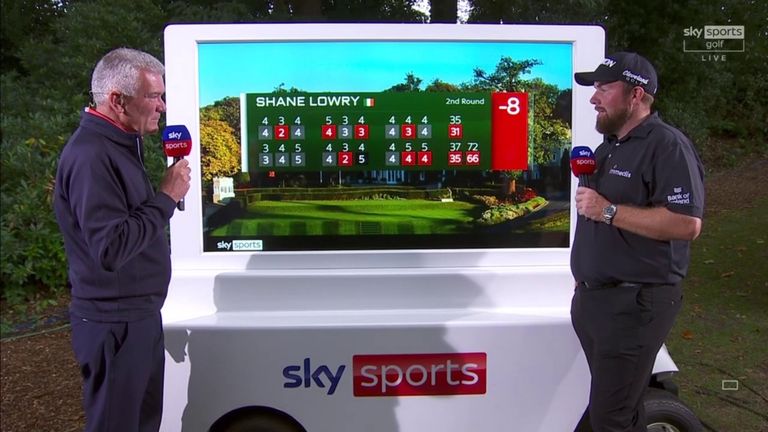 "Coming here with a little bit of pressure on me needing to perform and play well and I've done that the first two days. I'm pretty happy to be honest," he said.

"I know 66 is pretty good around here but I probably could have shot a couple lower, but, all in all, it's been a good two days and hopefully I can have a good weekend as well.

"I'm trying to focus on my own game. I'm pretty happy with what I've shown. Obviously I want to make the [Ryder Cup] team automatically. I think I've played some really good golf over the last few months to put my hat in for a pick on Sunday evening if I do need one. I'm here to win the golf tournament.

"I really feel like this course, it doesn't owe me anything because I've had some great results around here but I'd love to win this tournament because it's just so big. It's our biggest event in Europe. I've been close a few times and it would be great to be standing on that 18th green on Sunday with that trophy."

Bernd Wiesberger is the man most likely to knock either Westwood or Lowry out of the automatic qualifying positions and he is well on course to claim the top-50 finish he requires.

The Austrian was in danger of missing the cut after 10 holes of his second round, but a long birdie putt at the 11th changed his fortunes before he added four more birdies for a five-under 67 which elevated him to six under. 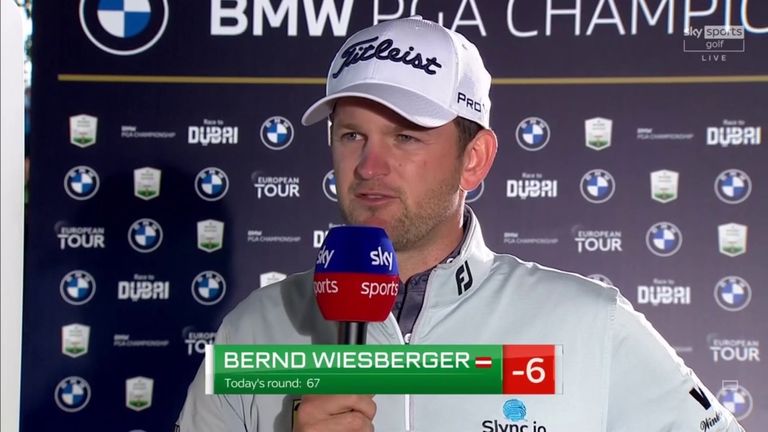 "[A] good Friday," he said. "Felt comfortable out there. Quite steady all day. Gave myself a lot of chances late in the front nine. Didn't get ahead of myself when I missed a few opportunities, and really kind of kickstarted and holed a long one on 11, got the round going.

"Still in the golf tournament and I'm in good position. Trying to push forward to keep doing what we did the first two days. I made really steady golf and felt that was under control for the most part. I want to see myself closer to the top of the leaderboard come the weekend."