Rafa Cabrera Bello is on 17 under and challenging for his first victory since the 2017 Scottish Open; Jon Rahm falls six behind after a one-over 72 - watch the final round live on Sunday from midday on Sky Sports Golf 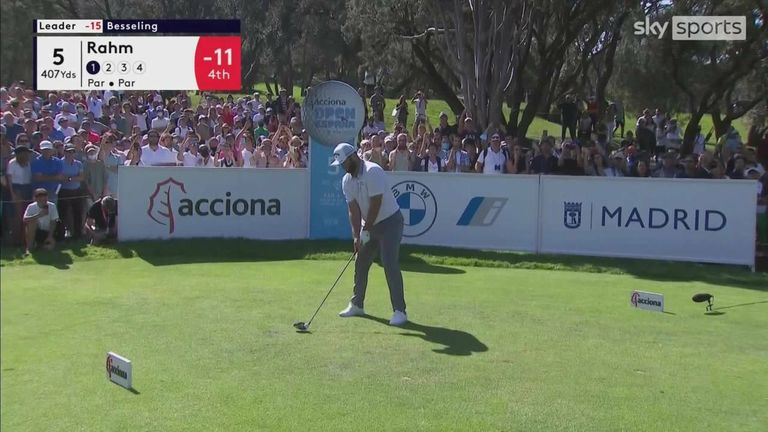 Rafa Cabrera Bello will take a two-shot lead into the final round of the Acciona Open de Espana, as Jon Rahm unexpectedly tumbled down the leaderboard.

Cabrera Bello, without a worldwide top-10 since January, carded seven birdies to post a bogey-free 64 and move to 17 under at Club de Campo Villa de Madrid.

The three-time European Tour winner is two ahead of compatriot Adri Arnaus and France's Julien Guerrier, who posted rounds of 67 and 66 respectively, while England's Jack Senior jumped within three of the lead after a third-round 65. 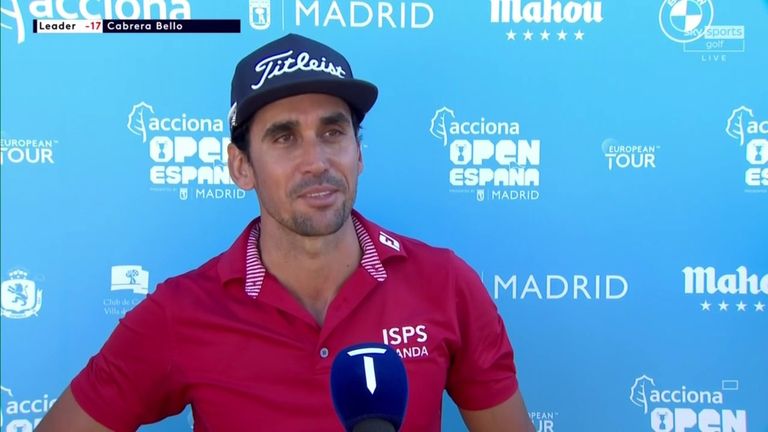 Rahm had gone into the weekend just a shot off the lead and as firm favourite to claim a third consecutive Open de Espana title, only for the world No 1 to find himself six behind and tied-ninth after stuttering to a one-over 72.

The 26-year-old lost ground when he bogeyed the par-three third and failed to take advantage of the par-five next, with the Spaniard falling further behind when he found the bushes with a wayward drive at the fifth on his way to a double-bogey six.

Rahm made a two-putt birdie at the seventh and rolled in a 15-footer at the ninth, only to miss a 10-footer to save par at the 11th and card a three-putt bogey at the next to fall back to three over for the day.

The US Open champion made an eight-foot birdie at the 14th and holed from close range to pick up another shot at the par-four last, lifting him to 11 under, although still faces an uphill task if he is to become the first three-time winner of the event since Seve Ballesteros.

Cabrera Bello tapped in for birdie at the fourth, having failed to convert his 12-foot eagle try on the par-five, before following a 15-foot birdie at the sixth with back-to-back gains from the eighth to reach the turn in 32.

The world No 231 missed an opportunity from inside five feet at the 12th but responded with three consecutive birdies to jump into the outright lead, bolstering his hopes of claiming a first worldwide victory since the 2017 Scottish Open.

Richard Bland made five birdies in a seven-hole stretch on his way to a seven-under 64, taking him to tied-fifth with Alexander Levy, Shubhankar Sharma and midway leader Wil Besseling, with Rahm one of seven players heading into the final day in tied-ninth.

Who will win the Acciona Open de Espana? Watch the final round live on Sunday from midday on Sky Sports Golf!