McIlroy chasing a third victory of the European Tour's season finale; Morikawa within three of the lead as he looks to become the first American winner of the Race to Dubai - watch the final round live on Sunday from 5am on Sky Sports Golf 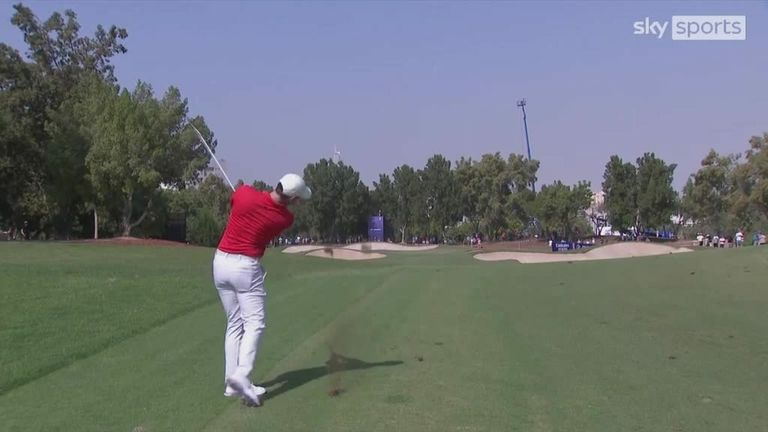 Rory McIlroy will take a one-shot lead into the final round of the DP World Tour Championship, while Collin Morikawa is closing in on Race to Dubai victory.

McIlroy birdied his final hole to close a five-under 67 at Jumeriah Golf Estates and move to 14 under, which lifted the Northern Irishman into the solo lead when Sam Horsfield dropped a shot at the par-four last to sign for a third-round 69.

Horsfield holds second spot ahead of Sweden's Alexander Bjork and Robert MacIntyre, who posted a five-under 67 despite bogeying the last for the second day running, while Morikawa and Shane Lowry are both within three of the lead going into the final day. 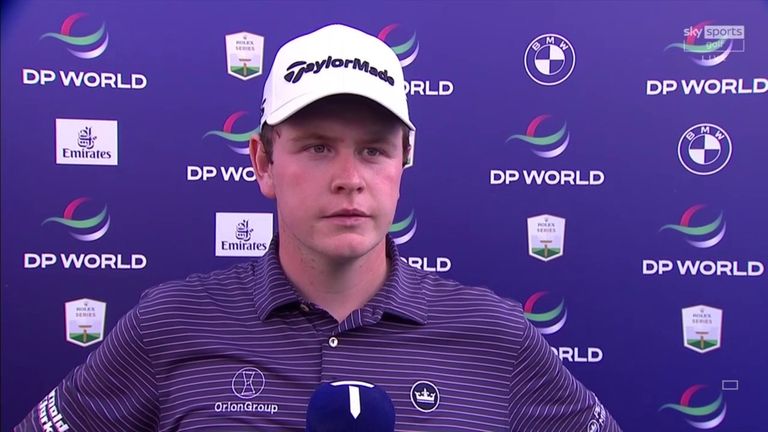 McIlroy went into the weekend a shot off the lead and fell further behind when he hooked his opening tee shot into trees on his way to a bogey, only to follow a two-putt birdie at the par-five next for the first of back-to-back gains.

The former world No 1 holed a 15-footer to save par at the fourth and posted birdies at the sixth and ninth to reach the turn in 33, with McIlroy rolling in from 10 feet at the 11th and holing another birdie at the 13th to temporarily move two ahead. 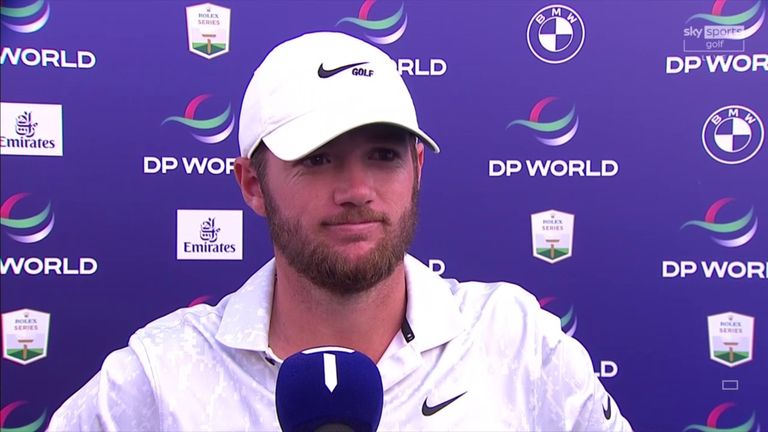 McIlroy failed to capitalise on birdie opportunities at the 14th and 16th and fell behind with a bogey at the par-three 17th, as Horsfield - playing in the group behind - burst ahead by following a 60-foot eagle at the 14th with back-to-back bogeys over his next two holes.

Horsfield was punished for a wayward drive at the par-five last as he made bogey and dropped back to 13 under, while McIlroy avoided a repeat of Friday's double-bogey on the same hole as he found the green in two and two-putted for a closing birdie. 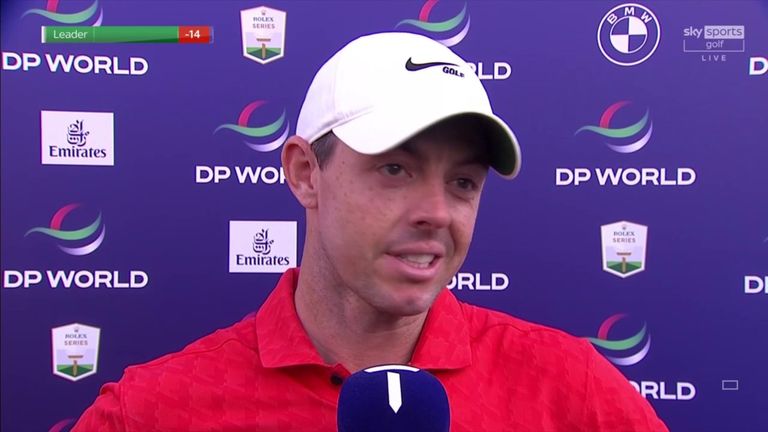 An eventful day for MacIntyre saw him hole a 70-foot birdie and 20-foot eagle on his front nine, with the Scot making four birdies in a five-hole stretch from the 10th before going into the water on the final hole.

A bogey-free 69 from Morikawa moved him another step closer to becoming the first American winner of the Race to Dubai, with none of the other five contenders within six shots of the lead.

"It was all over the place," Morikawa said about his round. "Front nine played pretty good but overall I just didn't take advantage of the par-fives. Even though I felt like I hit it worse yesterday, I still birdied all the par-fives yesterday."

Joachim B Hansen and John Catlin are also alongside Morikawa and Lowry on 11 under, with Martin Kaymer four behind and Marcus Armitage in the group five strokes off the pace.

Who will win the DP World Tour Championship? Watch Featured Group coverage on Sunday from 5am on Sky Sports Golf, ahead of full coverage from 6.30am.