Rory McIlroy's frustration boiled over as he ripped his shirt in a fit of rage after the final round of the DP World Tour Championship.

McIlroy was looking good to collect his third victory in the European Tour's season-ending event as he held a two-shot lead with just a handful of holes remaining.

But a huge slice of misfortune struck on the 15th, when he set up a great chance for birdie with a mammoth drive only for his pitch to cannon off the flagstick and into a greenside bunker, from where he was unable to save par.

Clearly rattled, McIlroy also bogeyed the next and came within a few yards of carving his drive out of bounds and into a neighbouring garden at the last, the resulting bogey completing a disappointing 74 which left him five shots adrift of Collin Morikawa.

In a significant contrast down the stretch, Morikawa powered to the Race to Dubai title with five birdies over the last seven holes of the season, while McIlroy played the same stretch in three over and took out the disappointment on his shirt afterwards. 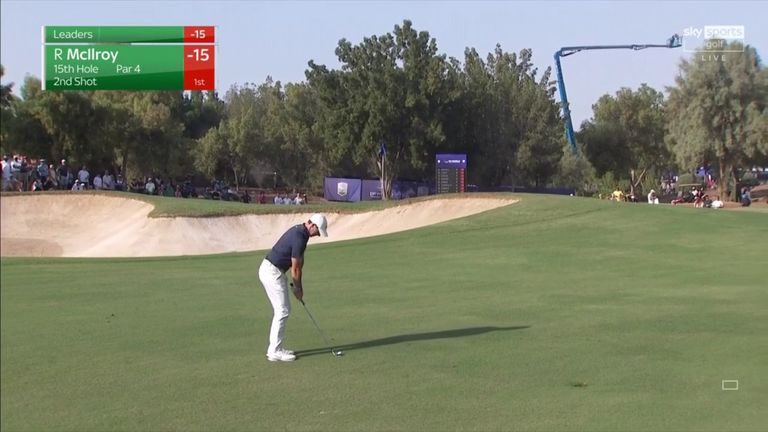 McIlroy was in no mood to speak to reporters following his final round, but photographs of his ripped shirt in the scorer's hut soon began to circulate on social media.

He will now have a week off to source some new shirts before he joins Morikawa at Albany in the Bahamas for the Hero World Challenge, hosted by Tiger Woods early next month.