Harding sits on 11 under and with a two-shot lead over Hatton in the Rolex Series event; McIlroy four strokes back after a bogey-free 66 - watch Featured Groups live on Saturday from 6am on Sky Sports Golf

Tyrrell Hatton and Rory McIlroy matched the lowest round of the day to move into contention at the Sylnc.io Dubai Desert Classic, where Justin Harding holds the halfway lead.

Hatton recovered from an opening-hole bogey to birdie his next four holes and add three more in a five-hole stretch on his back nine, seeing the Englishman close out a six-under 66 at Emirates Golf Club and move to nine under.

The four-time Rolex Series winner is two strokes behind Harding, who holed out from the fairway at the par-three sixth to follow up and opening-round 65 with a four-under 68 on Friday. 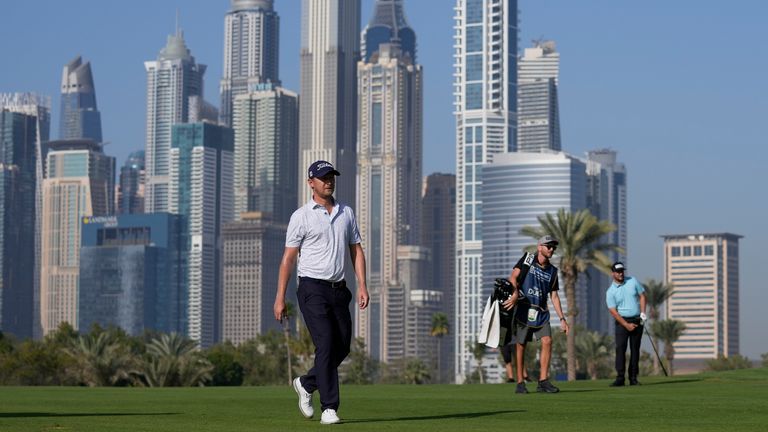 Erik van Rooyen and Fabrizio Zanotti sit three off the pace in a share of fourth, while McIlroy moved within four of the lead after carding an eagle and four birdies in a bogey-free 66.

McIlroy is joined on seven under by Viktor Hovland, overnight leader Joachim B Hansen, Adrian Meronk and Richard Bland, who held the outright lead until dropping three shots over his closing two holes.

Defending champion Paul Casey overcame a shoulder injury to post a four-under 68 and be part of an English quintet on six under, also including Tommy Fleetwood and Ian Poulter, while world No 2 Collin Morikawa is eight behind after a one-over 73.

McIlroy: Round could have been lower 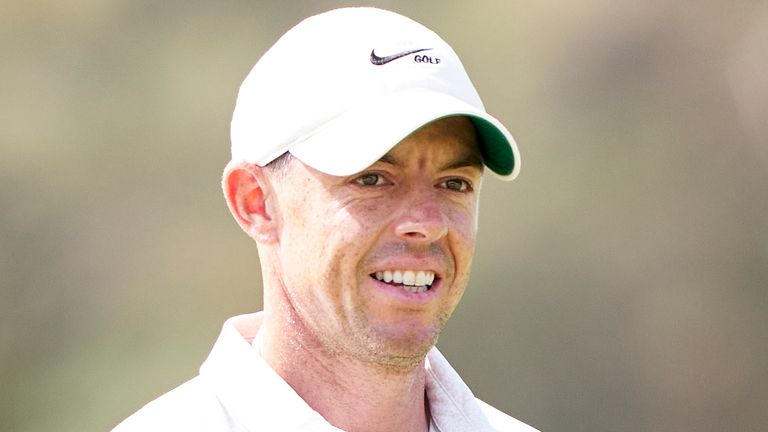 McIlroy birdied the first but made a three-putt par after driving the next green and failed to convert from inside 10 feet at the par-four third, before holing a 20-footer from the fringe to pick up a shot at the fourth and converted from half the distance to save par at the sixth.

The Northern Irishman responded to a missed five-foot birdie chance at the eighth by taking advantage of the par-five tenth, with McIlroy then chipping in for eagle from off the 13th green and rolling in from 20 feet at the par-five last to move to seven under.

"It could been way lower," McIlroy said. "I certainly hit the ball good enough for it to be a few shots lower. I missed a few opportunities, but the way these new greens are, they get a bit chewed up a little bit on the afternoon and they start to wiggle a little bit if there's not a lot of speed on them.

"I certainly hit the ball as good as I've done in a long time and it could have been a few better, but 66 this afternoon is a good score and sets me nicely up for the weekend."

McIlroy heads into the weekend four shots behind Harding, who mixed an eagle and four birdies with two bogeys during an eventful second round.

I've played this golf course well over the years," Harding said. "I played quite nicely last week. Barring a bad finish, would have been a top-10 result. Game seems to be close. Just a matter if I can control the putter and make some putts, we are always going to be thereabouts, which is nice."

Watch the Slync.io Dubai Desert Classic throughout the week live on Sky Sports Golf. Live coverage continues on Saturday with Featured Groups from 6am, ahead of full coverage from 7am.