British Masters: Ryan Fox and Thorbjorn Olesen set pace after the opening day at the Belfry 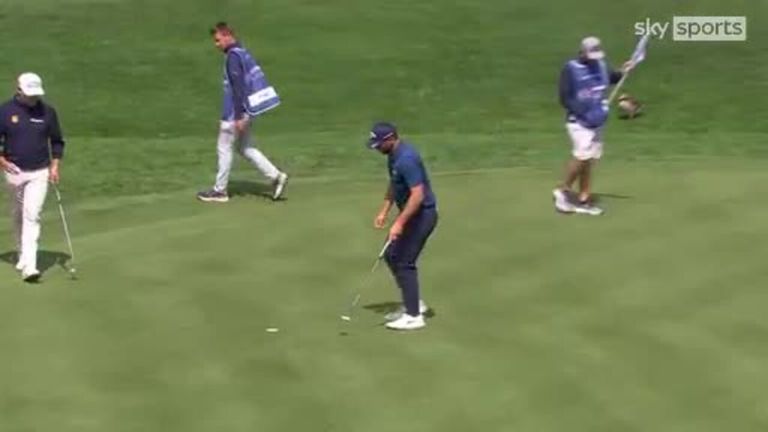 Fox birdied his final three holes to card a six-under 66 at the Belfry and match the total set by Olesen earlier in the day, who registered six birdies in his blemish-free start.

The pair hold a one-shot advantage over Scotland's Richie Ramsay, Germany's Hurly Long and China's Ashun Wu, while Bland and Willett are both seven off the pace after opening-round 73s.

Olesen, who was part of Europe's Ryder Cup success in 2018, is attempting to rebuild his career after he was cleared in December last year of sexually assaulting a woman on a British Airways flight back from a World Golf Championship event in July 2019.

"There's a lot of things I want to accomplish," said Olesen, who is without a win since 2018. "You have to stay in the present obviously but it's been a while since I've been in the winner's circle, and that's my main goal this year. Obviously I'm working hard on my swing, changed coach. It's starting to get a lot better and hopefully I can just build on some confidence with it." Fox birdied two of his opening three holes and bounced back from a bogey at the sixth to pick up a shot at the ninth to reach the turn in 34, with the New Zealander then rolling in from 35 feet at the 12th and following back-to-back gains from the 16th with a long-range birdie at the par-four last.

"Hit it really solid," Fox said. "Maybe one tee shot on the second which looked a little dicey but hit a lot of wedge shots close and took advantage on a couple of the hard holes on 12 and 18."

Lee Westwood bogeyed his final two holes to card a level-par 72 and Bland began his title defence after mixing two birdies and three bogeys, as Scotland's Robert MacIntyre stuttered to a two-over 74.