Olesen secured a sixth DP World Tour victory and first since 2018 after an incredible eagle-birdie finish at The Belfry; The Dane finishes on 10 under and a shot clear of Sweden's Sebastian Soderberg, with Richie Ramsay, Connor Syme and Justin Walters in tied-third 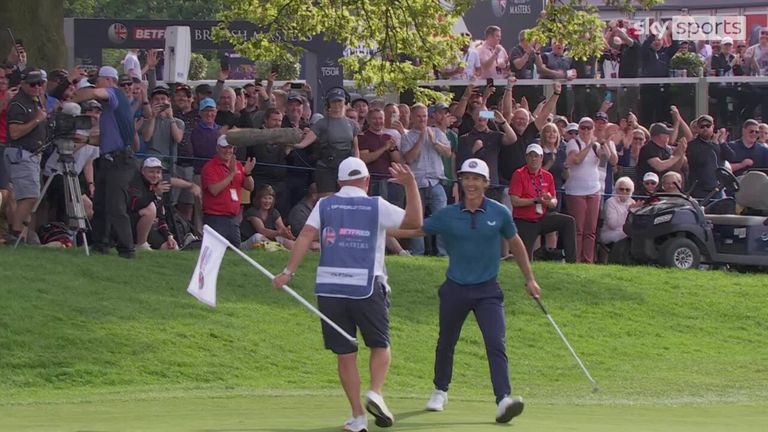 Thorbjorn Olesen ended a four-year winless run on the DP World Tour as he snatched a one-shot victory after an incredible finish at the Betfred British Masters.

Olesen took a three-shot lead into the final day at The Belfry but trailed by two with two holes remaining, only to follow a 30-foot eagle at the par-five 17th by holing a 35-footer at the last to salvage a one-over 73 and pip Sebastian Soderberg to the title.

Scotland's Richie Ramsay double-bogeyed his final hole to drop into tied-third alongside compatriot Connor Syme and South Africa's Justin Walters, with Chase Hunna and Hurly Long three off the pace in a share of fifth. 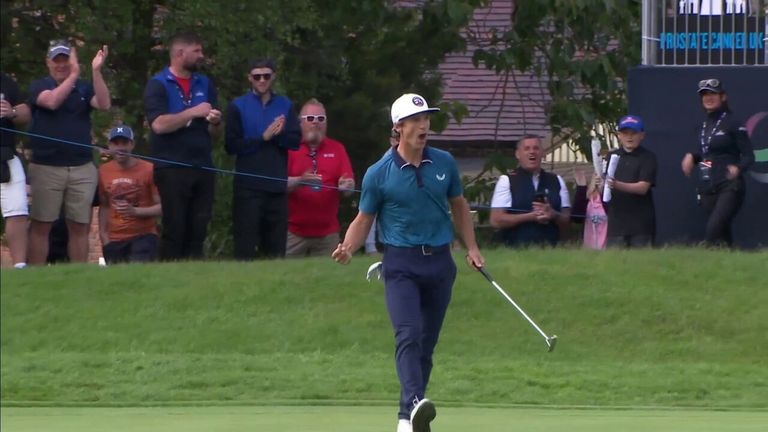 "It's a massive tournament won by so many great names so it's a privilege to have my name on the trophy," Olesen said.

"It was obviously a pretty tough day and I hit a lot of shots to the left. I was really struggling. I somehow just kept going, and yeah, what a finish. Incredible." 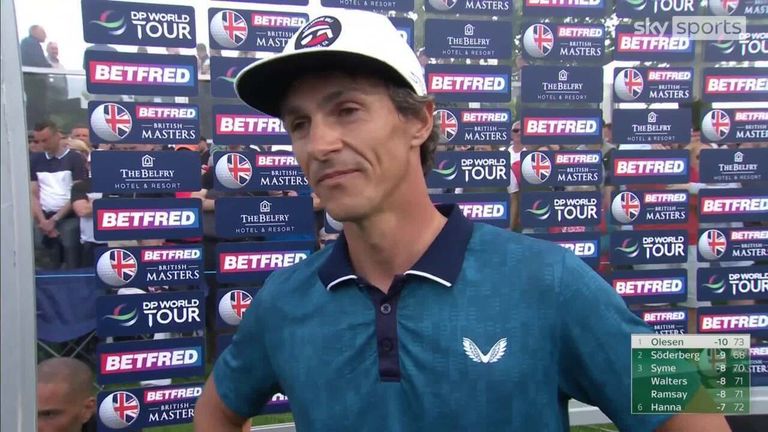 Olesen bogeyed his opening hole of the day and undid a birdie at the third when he pulled his tee shot into the water and bogeyed the sixth, with the Dane holing a 30-footer to save par at the eighth but bogeyed the ninth to limp to the turn in 38.

The former Ryder Cup winner lost his lead for the first time when he three-putted the 14th and bogeyed the par-five next, only to jump back alongside Soderberg at the top of the leaderboard with his long-range eagle at the 17th.

Olesen had made an eagle-birdie finish during the third round and repeated the feat on Sunday, holing a monster birdie at the last to claim the most unlikely of victories and a first success since the 2018 Italian Open.

"Standing on 17, I'm thinking I can make birdie, birdie and maybe get into a play-off," Olesen added. "But obviously when I got the chance on 17, I prefer to take that. 18 is a tough hole, so par is a good score obviously. I just gave it everything."

Soderberg overturned a six-stroke deficit to set the initial clubhouse target with a four-under 68, although had to settle for second despite four birdies in a five-hole stretch on his back nine.

Teeing off some 70 minutes before the final group, the Swede took advantage of the par-five third but missed from eight feet to save par at the eighth, seeing him reach the turn in 36, then followed a 10-foot birdie at the 10th with three consecutive birdies from the 12th.

Soderberg failed to convert birdie opportunities at the 16th and 17th and scrambled a par on the last after a wayward tee shot, with the Swede's total matching the lowest round of the day.

Syme was two over for his round after eight holes before posting back-to-back birdies around the turn, with the Scot then responding to a bogey at the 14th by birdieing his next three holes to close a two-under 70.

Ramsay and Walters also finished on eight under after closing 71s, while tournament host Danny Willett ended in a share of 16th after a one-under 71.