Craig Howie is one of four players on seven under after a low-scoring opening day; Watch the Scandinavian Mixed throughout the week on Sky Sports Golf and - for free - on the Sky Sports Golf YouTube channel 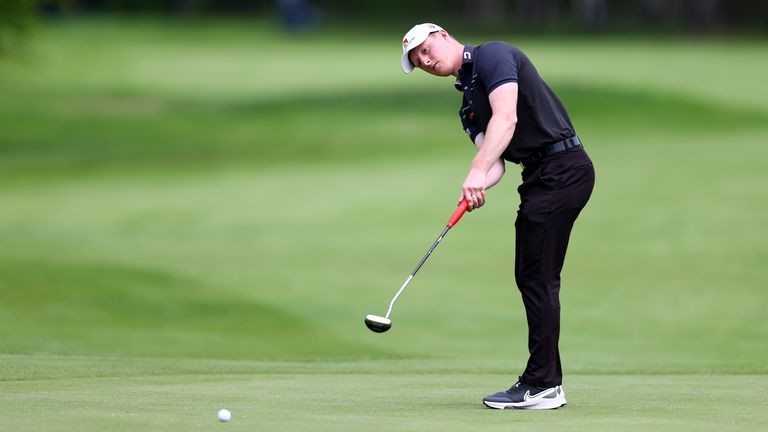 Scotland’s Craig Howie holds a share of the early lead at the Scandinavian Mixed, where England’s Liz Young also impressed.

Howie carded seven birdies in a bogey-free 65 at Halmstad Golf Club, where 78 men and 78 women from the DP World Tour and Ladies European Tour play over the same course for one prize fund.

The world No 416 is in a four-way tie at the top on seven under alongside France's Matthieu Pavon, Spain's Santiago Tarrio and female amateur Carolina Melgrati, who made four birdies and an eagle on her back nine.

"It was difficult to know how the scoring would be this week, so I was just kind of freeing it up and going," said Howie, who has missed his past three cuts.

"It is a different style of golf that we play from the women, but I do think this golf course is a perfect mix for both."

Young recovered from a three-putt bogey on her opening hole to post eight birdies on her way to a six-under 66, with fellow LET member Linn Grant also one off the lead alongside Kristoffer Broberg and Jazz Janewattananond.

"The putter got hot and that really got my round going in the middle as well, which was good," Young said. "I was still trying to make birdies on the back nine, I think our tees on the back nine are easier as we have a few more wedges coming into greens, and I managed to capitalise on that."

English quartet Rosie Davies, Daniel Gavins, David Horsey and Oliver Wilson are all within three of the lead, with co-host Henrik Stenson five strokes back after a two-under 70.

"I think the way I played, I am pretty pleased with that score," Stenson said. "Got a couple of birdies in the middle, well three birdies in a row, and that kind of got me into red figures and it was a lot of scrambling to stay there coming home."

Defending champion Jonathan Caldwell posted a one-under 71 and top-ranked Alex Noren struggled to an opening-round 73, while Annika Sorenstam signed for a two-over 74.