The DP World Tour will guarantee growth in annual prize funds for the next five years, with top 10 players to gain PGA Tour cards for the following season; PGA Tour to increase its existing stake in European Tour Productions from 15 per cent to 40 per cent 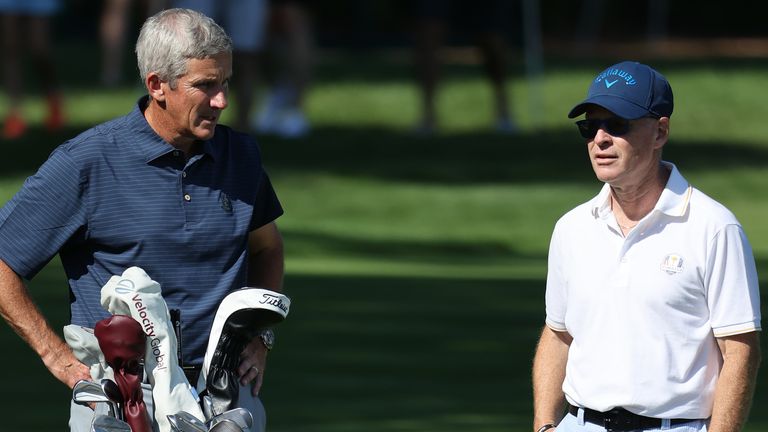 The DP World Tour and PGA Tour have unveiled a ground-breaking new 13-year operational joint venture partnership as part of an extension of the 'Strategic Alliance' between the two Tours.

The partnership, running through to 2035, is an expansion of the deal unveiled in November 2020 that result in events co-sanctioned on both Tours and collaboration to help the DP World Tour attain new tournament title sponsors.

As part of the new joint venture, the PGA Tour will increase its existing stake in European Tour Productions from 15 per cent to 40 per cent, while utilising the DP World Tour's recognised international credentials to coordinate a worldwide schedule.

The DP World Tour will guarantee growth in annual prize funds to its membership for the next five years, all above the record levels available in 2022, with the venture set to help establish a clear pathway to give players access to both Tours.

Players from the Sunshine Tour and ISPS Handa PGA Tour of Australasia now enjoy a formal pathway to the DP World Tour, while the leading 10 players on the end-of-season DP World Tour Rankings - in addition to those already exempt - will earn PGA Tour cards for the following season from 2023. Keith Pelley, chief executive officer of the DP World Tour said: "Building on the success of the existing Strategic Alliance between ourselves and the PGA Tour will significantly enhance the meritocracy that has successfully served the professional game on both sides of the Atlantic for more than 50 years.

"It is a natural extension and progression of what we have been doing over the past few years and I passionately believe that this move is the right thing for our players, our Tour, our fans, and the game of golf in general.

"Our two tours have undoubtedly drawn closer over the past few years and today's announcement strengthens both Tours for the betterment of both memberships."

The Genesis Scottish Open, the Barbasol Championship and the Barracuda Championship are already co-sanctioned between the two Tours, who will work together to drive prize funds and commercial revenue that will benefit the entire range of both memberships.

The DP World Tour will work closely on the development and implementation of the new international events announced by PGA Tour commissioner Jay Monahan last week at the Travelers Championship in Connecticut, with their members gaining access to those events.

"It was clear from the outset that our Strategic Partnership with the European Tour Group was a powerful agreement for both sides, and we are thrilled with today's announcement of this expanded partnership," Monahan said.

"We will continue to collaborate on a global schedule and key commercial areas as we draw our organizations and memberships even closer together while innovating to provide the most entertaining and compelling golf possible to fans around the world."

The announcement comes in the week when the second event of the new Saudi-backed LIV Golf series is scheduled to take place in Portland, where eight of the world's top 40 - including Bryson DeChambeau and Brooks Koepka - are due to compete.

Pelley once again denied speculation that he attended the first LIV Golf event at Centurion Club earlier this month, although he did reveal to the media details of a meeting he had with the circuit's organisers about a potential collaboration.

"In July of 2021, in Malta, we viewed an unsolicited presentation from P [Performance] 54, the marketing agent representing Golf Saudi," Pelley said. "In our September board meeting that year we showed the details of that presentation to the board. 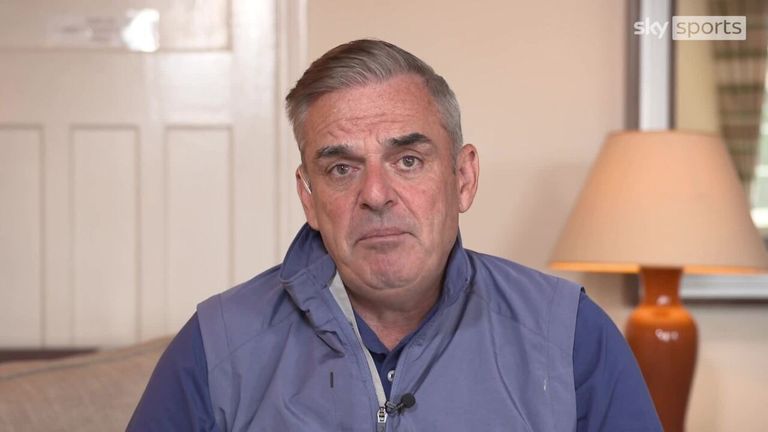 "After a discussion, in our assessment, we realised the numbers were less compelling than Raine Capital and the PGL [Premier Golf League, another proposed breakaway] proposal we turned down nine months earlier. Out of respect for all parties involved I'm not going to go into detail about the figures, but you have to trust myself and the board that materially this was not a good deal for the European Tour and its members.

"Most importantly, and this is most importantly, it was nowhere near the figures being bandied about in the media and in the players lounge over the past couple of months. We have had no further conversation with them since last summer. I was not in Centurion. I was in Sweden.

"We have been totally focused and we have focused on the, as I said, the complexity of two members' organisations coming together. [This] has required a tremendous amount of resolve, unwavering commitment and work with our respective teams. That has been our primary and our only focus and I'm proud of where we've gotten to today."