Meronk posts a final-round 66 to finish three clear of Ryan Fox and secure a maiden DP World Tour title; David Law, John Catlin and Fabrizio Zanotti qualify for The 150th Open via the Open Qualifying Series after all finishing tied-fourth 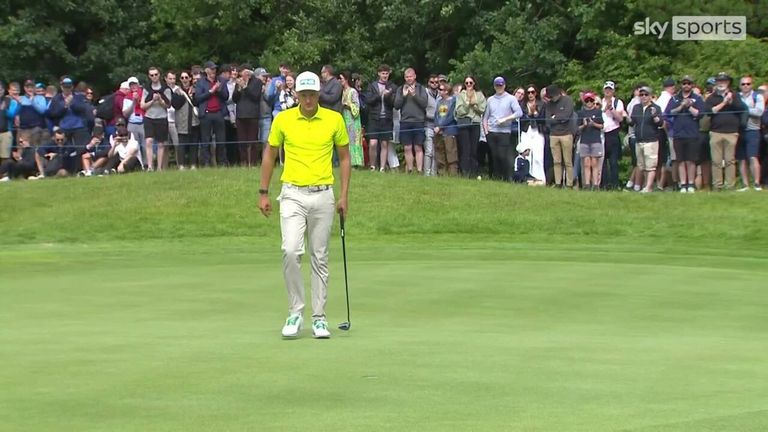 Adrian Meronk produced a remarkable finish to become the first Polish winner in DP World Tour history with an impressive victory at the Horizon Irish Open.

Meronk made an eagle and two birdies in a three-hole stretch late in his final round to jump clear of a congested leaderboard at Mount Juliet, with a six-under 66 seeing him end the week on 20 under and claim a three-shot victory.

Ryan Fox claimed second spot ahead of Thriston Lawrence, while Scotland's David Law, American John Catlin and Paraguay's Fabrizio Zanotti all booked places in The 150th Open - via the Open Qualifying Series - for all finishing in tied-fourth on 15 under.

Meronk took a one-shot lead into the final day and moved further clear with two birdies over his opening four holes, only to bogey the fourth and post a run of pars along his front nine to reach the turn one behind.

The world No 110, who came into the week with top-10 finishes in half of his 12 DP World Tour starts this year, fell further behind when Fox - playing several groups ahead - followed three birdies in a four-hole stretch from the 13th by eagling the 17th to move nine under for the day.

Fox bogeyed the last to close a round-of-the-day 64 to set the clubhouse lead at 17 under, while Lawrence temporarily reached that total before closing his final-round 67 with a bogey.

Meronk birdied the par-five 10th to move within one of the lead, before taking charge of the tournament by rolling in from 25 feet at the 15th and 12 feet at the next to move one ahead.

A brilliant eagle from just off the 17th green took Meronk three clear heading to the par-four last, where the 29-year-old found the middle of the green with his approach and two-putted for a winning par.

"It's such a relief, to be honest," Meronk said. "I've been coming quite close and to finally open the door is just a dream come true. That's what we practice for every day and it's such a relief - I'm super happy!" 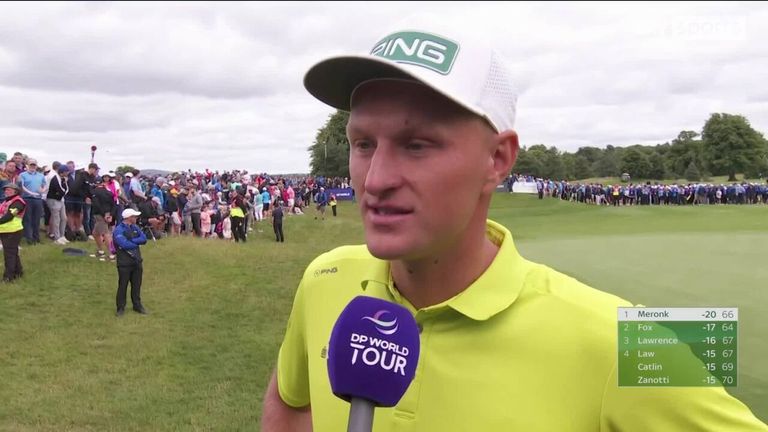 Law posted a five-under 67 but looked set to miss out on a place at The Open due to his lower world ranking than Jorge Campillo, who was also sat on 15 under, only for the Spaniard to bogey his final hole and hand the Scot an Open debut.

Catlin carded a final-round 69 and Zanotti birdied three of his last four to post a two-under 70, completing the trio in a share of fourth, while top seed Shane Lowry and England's Aaron Rai ended the week tied-ninth.

Next week's event is the Genesis Scottish Open, co-sanctioned with the PGA Tour for the first time, with the tournament offering the strongest field in DP World Tour history. Live coverage begins on Thursday from 8am on Sky Sports Golf and Sky Sports Main Event.