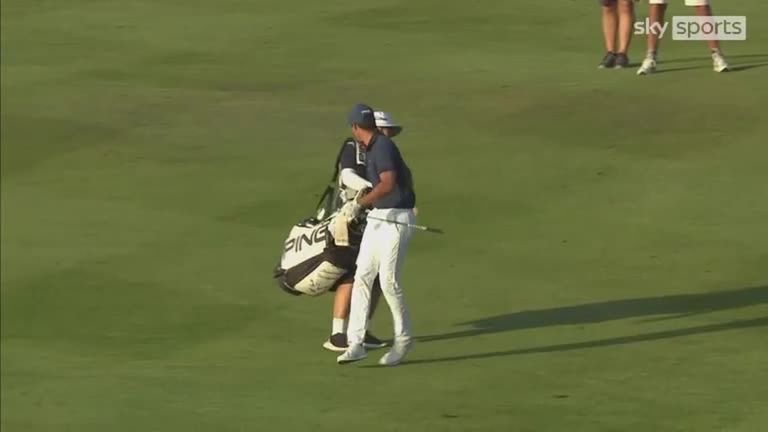 France’s Julien Guerrier holds a two-shot lead at the halfway stage of the Cazoo Open supported by Gareth Bale at Celtic Manor.

Guerrier followed an opening-round 67 with a three-under 68 on Friday morning in Wales, carding five birdies and two bogeys to move to set a clubhouse target that couldn't be matched by the later starters.

The world No 381 holds a two-shot cushion over Callum Shinkwin and American Johannes Veerman, who both matched Guerrier's second-round 68, while a round-of-the-day 66 lifted Thomas Detry within three of the lead.

Guerrier holed from 15 feet to save par at the first and followed a 25-foot birdie at the third with another long-range par-save at the next, only to post a three-putt bogey at the sixth.

The Frenchman took advantage of the par-five ninth and 11th and picked up another shot at the par-four 15th, before cancelling out a bogey at the next with a two-putt birdie at the par-five last to climb to seven under.

Shinkwin mixed three seven birdies with four bogeys during an eventful second-round 68, which was enough for solo second until Veerman holed out for eagle from the final fairway to also get to five under.

Veerman had been within one of the lead after three birdies in four holes around the turn, only to double-bogey the 13th and bogey the 15th before his stunning 114-yard eagle hole-out closed a three-under 68.

Detry sits on four under alongside Marcus Armitage, Jack Senior and Norway's Espen Kofstad, while defending champion Nacho Elvira heads into the weekend five behind after back-to-back rounds of 70.

Oliver Bekker, Jordan Smith and last week's Hero Open champion Sean Crocker - the three highest-ranked players in the field - all missed the cut, with former Ryder Cup winner Jamie Donaldson among the others to suffer an early exit.