Hojgaard heads into the weekend on 15 under and six clear of Paul Barjon; Robert MacIntyre in tied-seventh while Patrick Reed misses the cut; watch live on Saturday from 12.30pm via the red button on Sky Sports Golf 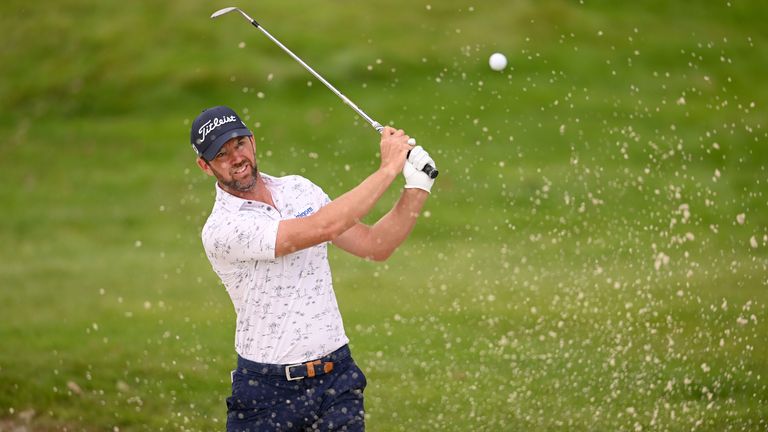 Rasmus Hojgaard remains the man to catch at the Cazoo Open de France after building up a six-shot halfway lead at Le Golf National.

The Ryder Cup hopeful followed his course record-equalling 62 with an impressive second-round 65 on Friday morning, mixing seven birdies with a lone bogey to move to 15 under and pull clear of the chasing pack.

Hojgaard's clubhouse target was eight shots better than any player in his half of the draw, only for the gap to be closed to six when France's Paul Barjon - who has spent most of his career on the PGA Tour - posted a three-under 68 to get to nine under.

"The course still plays tricky, I just played very good again today," Hojgaard said. "I hit a lot of greens, gave myself a lot of chances. Kept the bogeys away more or less, so it's good.

"Over the last few tournaments, I've been making a lot of birdies but just had too many bogeys or worse. I knew there was a lot of good stuff in there, I just needed to make it happen over four rounds."

Beginning on the back nine, Hojgaard opened with five consecutive pars before following three consecutive birdies from the 15th by holing from 15 feet to pick up a shot at the par-four first.

Hojgaard carded his only bogey of the week to date when he missed from five feet to save par at the fifth, only to birdie his next two holes and sign off another impressive round by taking advantage of the par-five ninth.

Barjon holed a 60-foot eagle at the par-five 14th to move into solo second ahead of George Coetzee, who birdied three of his last five holes to post a five-under 66, while Alexander Bjork and Antoine Rozner share fourth spot on seven under.

Last week's DS Automobiles Italian Open winner Robert MacIntyre carded a one-under 70, moving him into the group on five under that also includes compatriot Grant Forrest and Belgium's Thomas Pieters, while home favourite Victor Perez is a further shot back after successive 69s.

English trio Alex Fitzpatrick, Jordan Smith and Dale Whitnell are all in the group on four under, along with Wales' Jamie Donaldson, while Patrick Reed missed the cut after rounds of 73 and 72.