Cameron Smith claimed his third Australian PGA Championship title as he triumphed by three shots at Royal Queensland from Jason Scrivener and Ryo Hisatsune; watch the Australian Open live on Sky Sports Main Event and Sky Sports Golf from 1am on Thursday 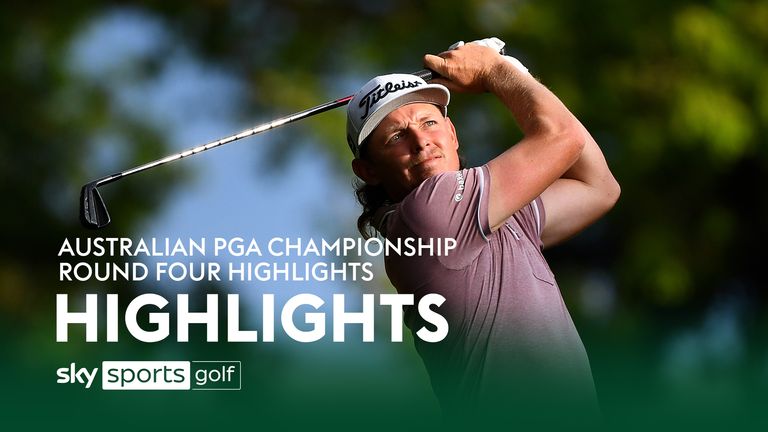 Cameron Smith held off Jason Scrivener and Ryo Hisatsune to claim his third Australian PGA title as he triumphed by three shots at Royal Queensland in Brisbane.

Smith had to be patient during the final round, after weather-affected the AUD$2m (£1.11m) event.

The Australian led through the weekend and his 14-under-par 270 total was enough to secure the win after he carded a three-under-par 68 in the final round.

Smith's sole birdie on the front nine came at the second but he gave that gain back with a bogey at the 11th before securing the victory thanks to birdies at the 12th, 13th and 16th.

The Open champion, who is back in Australia after a three-year absence due to the Covid pandemic, previously won back-to-back titles at the event in 2017 and 2018. 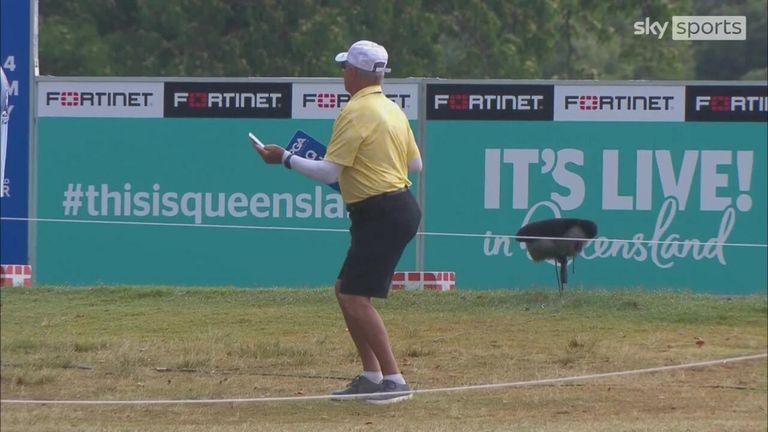 "It's awesome. I really didn't think I had it in me at the start of the week," Smith said.

"I was a bit scratchy and the game has got better and better as the week went on, other than the front nine today."

When asked about the two weather-enforced delays in play, Smith added: "You are in the mojo a little and for it to be stopped not once but twice was a little frustrating but I just held on and played really solid those last eight holes."

Japan's Hisatsune (65) and Australian Scrivener (67) were on Smith's tail midway through the final round but were unable to keep up their momentum and faded to finish joint-second on 11 under.

Smith will next be in action at the Australian Open, the regional circuit's most prestigious event, which returns to Melbourne next week as an integrated men's and women's tournament after being cancelled twice during the pandemic.

Watch the Australian Open live on Sky Sports Main Event and Sky Sports Golf from 1am on Thursday December 1.