England's Ross Fisher a shot back and Scotland's Scott Jamieson two behind; Tom McKibbin three off the pace alongside Ryder Cup vice-captain Edoardo Molinari; watch the second round live on Friday from 1pm on Sky Sports Golf 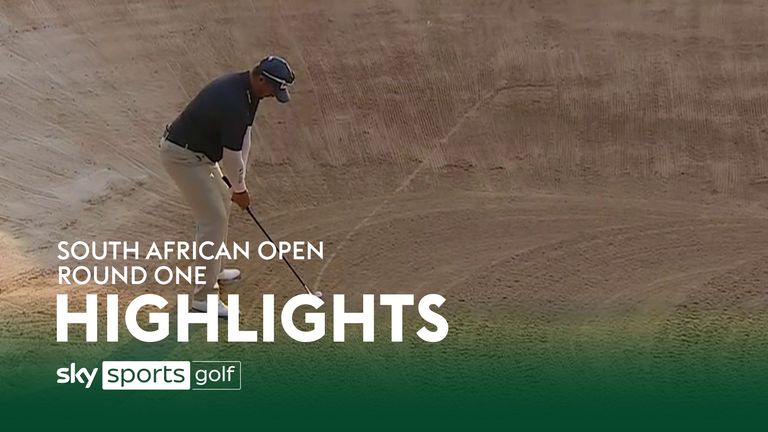 Thriston Lawrence set the pace on a low-scoring opening day at the Investec South African Open Championship, as Tom McKibbin impressed with a stunning hole-in-one.

Lawrence, a two-time winner on the DP World Tour last season, birdied four of his last six holes on his way to an eight-under 64 at Blair Atholl Golf & Equestrian Estate near Johannesburg.

The world No 90 saw a birdie at the second cancelled out by a bogey at the next but followed successive gains from the fifth with another at the par-four ninth to see him reach the turn in 32.

Lawrence took advantage of the par-five 10th and added three birdies in a four-hole stretch from the 13th, with the South African producing a brilliant up and down from a greenside bunker to birdie the par-five last.

Jens Fahrbring threatened to join Lawrence tied at the top but was unable to birdie the par-five 18th, with a bogey-free 65 leaving him tied-second alongside England's Ross Fisher.

Fisher birdied five of his last seven holes to card a seven-under 65, with Scotland's Scott Jamieson a further stroke back alongside Matti Schmid thanks to a blemish-free 66.

McKibbin - who hails from the same golf course in Northern Ireland as Rory McIlroy - is in the group three off the pace following a five-under 67, including a brilliant ace at the par-three 11th. 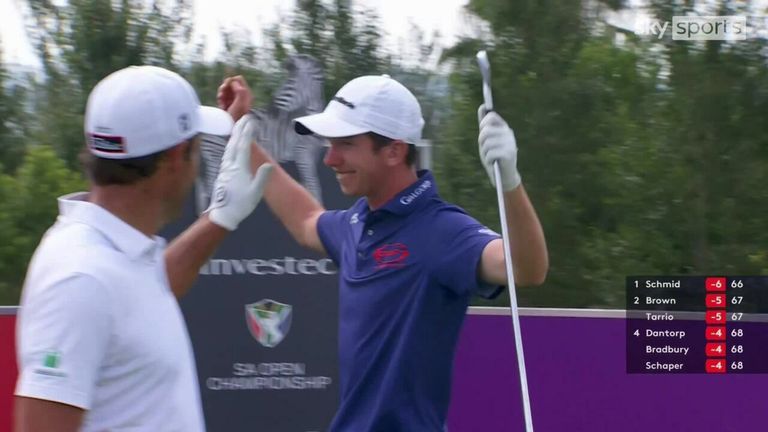 "It was a good round of golf to start the week off, so I'm pretty happy!" McKibbin said. "I went right at it and it didn't leave the flag. I can't see it going in, so I just listened to the crowd and heard the roar!"