Adam Scott and David Micheluzzi head into the weekend on eight under in Melbourne; Hannah Green two ahead in the women's event, being held on the same courses and offering equal prize money; watch live on Saturday from 3am on Sky Sports Golf 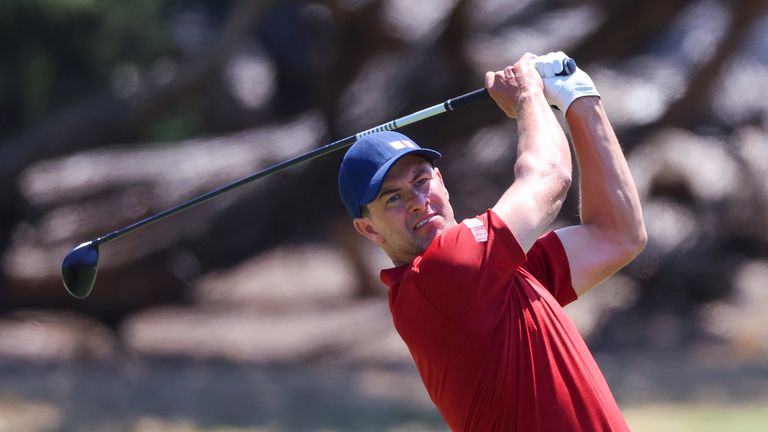 Former world No 1 Adam Scott fired a round-of-the-day 63 to grab a share of the halfway lead on home soil at the ISPS Handa Australian Open.

The 42-year-old posted an eagle and five birdies during a bogey-free day at Victoria GC, one of two courses used in the event, to move him to eight under alongside overnight leader David Micheluzzi.

Scott followed two birdies in his opening four holes with back-to-back gains from the tenth, with the Australian adding a close-range birdie at the par-three 14th and then holing from long-range to eagle the par-five last.

"I kind of tempered my expectations on everything, my own ability today and what I can do to the golf course," Scott said. "I really felt like I had to come out here, really not take any chances, not push anything. Even when I laid back, I managed to put it in a good spot still and take the trouble out and not make any errors."

Michleuzzi was on course to retain his overnight lead until two bogeys over his final three holes saw him close a second-round 71 at Kingston Heath GC, dropping him back to eight under, with the pair holding a three-shot cushion over their closest challengers.

Josh Geary, Haydn Barron and Gunner Wiebe share third on five under, with Ryder Cup hopeful Nicolai Hojgaard in the group four behind after a one-under 71.

England's Tom Lewis is five back, while pre-tournament favourite Cameron Smith - chasing a second successive victory - sits on the projected cut mark at two over.

Australian Green also finished with a flourish, rolling in birdies on the 16th and 18th after an eagle on the par-four 15th to pull two clear of Shin - who posted a second-round 68.

AIG Women's Open champion Ashleigh Buhai shot a 69 at Kingston Heath to be four strokes behind Green in a group on seven under, while world No 4 Minjee Lee heads into the weekend six shots back.