"I don't understand. It's very obvious and written there right in front of them, they just naturally want what's best for them. Just like the decision they made to go there. I totally understand if I was doing the same situation, I would want it, but that doesn't make it right" - Thomas 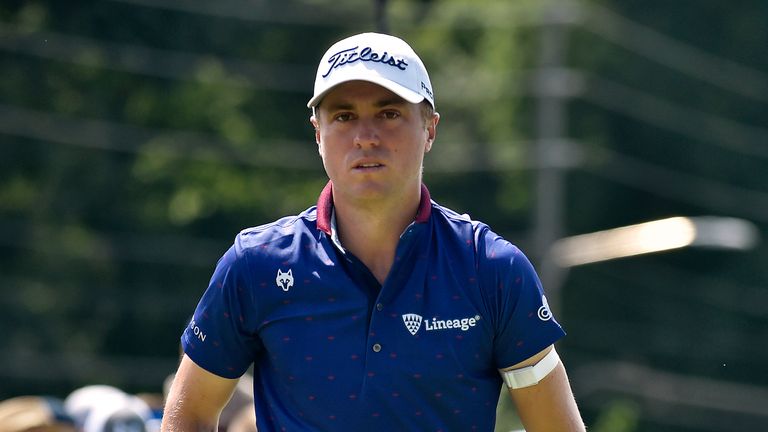 Justin Thomas says he does not understand complaints from LIV Golf players regarding ranking points, saying "it's their own fault".

All 48 players who competed at LIV Golf's event outside Chicago over the weekend sent a joint letter to Official World Golf Ranking (OWGR) chairman Peter Dawson urging him to award ranking points to competitors on the Saudi Arabia-backed series.

The letter, dated September 16 and shared by LIV Golf on Tuesday, included electronic signatures of every player in the field at Rich Harvest Farms where British Open champion Cameron Smith won in his second start on the lucrative circuit.

LIV Golf, which launched in June and has so far held five events, applied for recognition in golf's world rankings - which play a key role in deciding entry into golf's four majors - in July and their file remains under review.

According to the letter sent by the players, every week that passes without the inclusion of LIV Golf athletes "undermines the historical value" of the world rankings.

But world No 7 Thomas admits he does not understand the complaints.

"I mean, I don't understand. It's very obvious and written there right in front of them, they just naturally want what's best for them. Just like the decision they made to go there," Thomas said.

"I totally understand if I was doing the same situation, I would want it, but that doesn't necessarily make it right.

"The governing bodies have created a system for a reason, and that's to try and create the best system possible to determine the best players in the world.

"Now, is it going to be skewed because some of the top players aren't in there? Yeah, but that's their own fault."

"No, we have both [best 12 players, who also support the PGA Tour].

"Obviously he was the hero of the team at Whistling Straits, he was a great partner for [Collin] Morikawa, so yes we miss him, but on points, we pretty much got the guys we wanted to get. 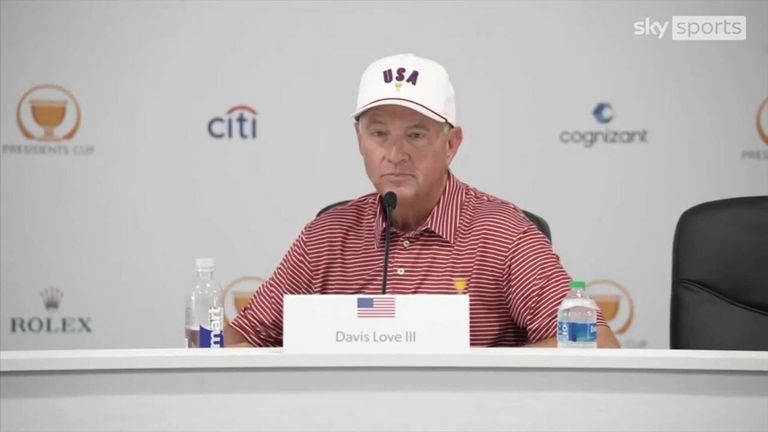 "We would have had to make a spot for him lower down unless he got on a huge roll in the FedEx Cup.

"We're really happy with the 12 we got because we know they're committed and excited.

"There's no talk in our team room of anybody missing."

Immelman on not picking LIV players for Presidents Cup: We're a team of honour

International captain Trevor Immelman has brushed off the LIV Golf decimation of his Presidents Cup options by insisting his is "a team of honour".

As the Presidents Cup is sanctioned by the PGA Tour, who banned all the rebels, Immelman has found himself hamstrung when it comes to selection. While the United States also have a number of golfers missing - the likes of Dustin Johnson, Bryson DeChambeau, Patrick Reed and Brooks Koepka - captain Davis Love III can still call upon five of the world's top 10 and 11 of the top 20.

"What stopped me (picking those players) is the fact that when I was made captain we signed up to a specific set of rules," he said. "This event is owned and sanctioned by the PGA Tour and our team is a team that plays by the rules. We're a team of our word. We're a team of honour.

"Every single player I spoke to from early on in this process knew exactly what the situation and the consequences were going to be and they knew that if they made certain decisions, it was going to be highly unlikely they were going to be able to represent the International team, so that went into their decision-making.

"All the cards were out on the table, and everybody knew where they stood."