World No 1 Jon Rahm and Europe's record points scorer Sergio Garcia will lead out Padraig Harrington's side in the opening match of the 43rd Ryder Cup at Whistling Straits.

Rahm also played in the opening match of the 2018 contest, where Europe ran out 17.5-10.5 winners at Le Golf National to secure their fourth victory in the last five editions of the biennial contest.

The US Open champion will form an all-Spanish pairing with Garcia, making his 10th Ryder Cup appearance and holding the same Ryder Cup points in his career as the entire American team combined, with the duo going out in the first foursomes match at 7.05am (1.05pm BST) on Friday.

The pair take on America's all-star partnership of Justin Thomas and Jordan Spieth, who won three of their four matches together in Paris three years ago and played in the same group for all three practice sessions this week in Wisconsin.

Rory McIlroy, playing in his sixth consecutive Ryder Cup and one of four surviving players from Europe's last victory on American soil in 2012, established a partnership with Ian Poulter that has played matches together in three of the last four Ryder Cups.

The pair won their foursomes match together in 2018 and will have another chance to impress in the final match when they take on FedExCup champion Patrick Cantlay and Olympic gold medallist Xander Schauffele, who teamed up for all four sessions at the 2019 Presidents Cup. 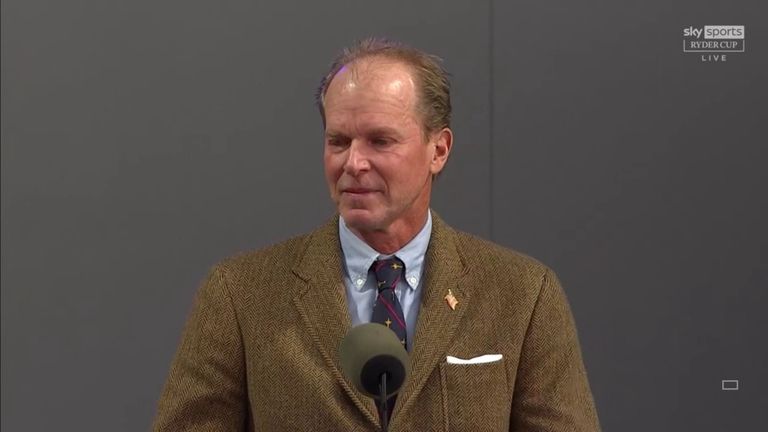 Shane Lowry and Tyrrell Hatton - the only two European players to play all three practice days together - both sit out for the visitors, with Tommy Fleetwood - who won four of his five matches on debut in 2018 - and Bernd Wiesberger the others to be benched.

Bryson DeChambeau, Tony Finau, Scottie Scheffler and Harris English are the four players who will sit out of the foursomes session for Team USA.

USA captain Steve Stricker said: "I feel great about our pairings. You know, some teams that have played together over the years, whether in Ryder Cups or some Presidents Cups, so we wouldn't put them out there if we didn't feel good about them, let me just put it that way. So we are extremely excited about how these guys are playing, and the order of which they are going out." 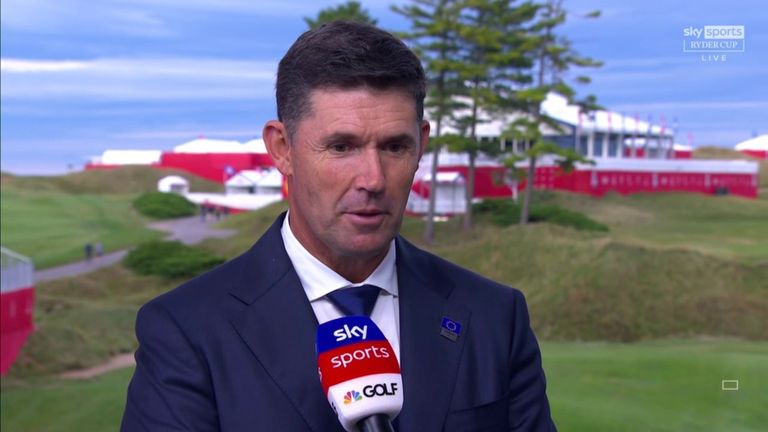 Harrington admitted he had had Friday's pairings in mind "for months" after acknowledging that the duos had played just once together in practice this week.

"We knew our partnerships well in advance and you don't want to get bored playing with a guy," Harrington said. "They did have a trial at foursomes but I just did not want them to overdo it.

"You want to turn up on Friday with a bit of freshness and excitement."