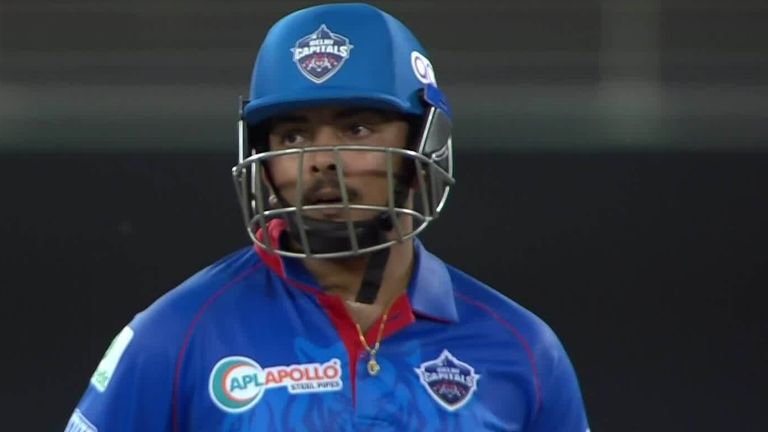 Prithvi Shaw hit a superb half-century as Delhi Capitals eased to a 44-run win over Chennai Super Kings to go top of the IPL table.

The Delhi opener hit nine boundaries and a six in a high-class innings of 64 from 43 balls, putting on 94 for the first wicket with Shikhar Dhawan (35 from 27), to take the Capitals up to 175-3 from their 20 overs.

It was a total that quickly looked beyond CSK as they struggled to find any fluency with the bat and with South African pace duo Kagiso Rabada and Anrich Nortje firing for Delhi, Chennai limped their way to 131-7.

While Delhi maintain their perfect start to the campaign, last year's finalists Chennai have lost their last two games having started the tournament with a win.

With Delhi put in to bat, Prithvi gave notice of what was to follow with two glorious shots through the offside in the first over, although UltraEdge showed he may have been fortunate to get even that far as the faintest of inside edges behind went unnoticed by bowler, wicketkeeper and umpire.

If the 20-year-old had been lucky then he certainly made the most of it, showing great touch to go to run a pair of boundaries down to third man on his way to a 35-ball fifty before highlighting his power with a slog-swept six over Ravindra Jadeja a couple of balls later.

The Capitals were hauled back after a rapid start though as leg-spinner Piyush Chawla (2-33) removed Dhawan lbw as the left-hander tried to reverse sweep and then had Prithvi stumped.

In reply, Chennai just could not get going and after Shane Watson (14) departed two balls after hitting the only six of the Super Kings innings, they never threatened to get close to Delhi's total. 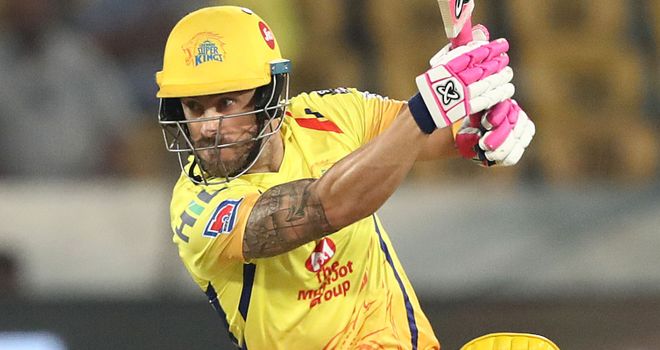 That was in no small part down to some fiery fast bowling from Nortje and Rabada. Nortje removed Murali Vijay (10) and returned to trap Kedar Jadhav (26) while Rabada's wickets all came late in the innings.

First he had the in-form Faf du Plessis (43 from 35) caught behind before getting Dhoni (15) and Jadeja (12) in the last over, completing an altogether more comfortable win for Delhi after their Super Over triumph against Kings XI in their opening match.

Watch Kolkata Knight Riders vs Sunrisers Hyderabad in the IPL from 2.50pm, Saturday via the red button on Sky Sports Cricket.