Ashes 2019: Australia cling on for draw after Ben Stokes' ton for England at Lord's Ben Stokes smashed an unbeaten 115 but after being given a scare by Jofra Archer and Jack Leach, Australia clung on for a draw at Lord's to stay 1-0 up in the five-match Ashes series.

England declared on 258-5 soon after Stokes reached his seventh Test hundred, setting Australia 267 to win in 48 overs, but after Archer dismissed David Warner and Usman Khawaja early the tourists were content to bat out for a draw.

Three quick wickets in the final hour ensured there was a tense finale to a superb Test match but Australia survived and ended on 154-6.

While the result maintains Australia's lead with three Tests to play, they could be without their star batsman for the next game at Headingley after Steve Smith was ruled out of the last day in north-west London due to delayed concussion.

Marnus Labuschagne became Test cricket's first concussion substitute and he played a key part in Australia earning a draw with a valuable half-century in a fourth-wicket partnership of 85 with Travis Head (42no), who was there until the close. The fifth day had started with rain and a delay of an hour and 10 minutes before, shortly after play got underway, Cricket Australia confirmed that Smith would not feature again in the match due to delayed concussion with Labuschagne coming in as the 'like-for-like' replacement.

Having passed the concussions tests on Saturday following a nasty blow to the neck off Archer, Smith was said to have woken up with a headache and a feeling of grogginess and subsequently showed signs of concussion in a follow-up assessment.

As a result, he is now a major doubt for the third Test that starts in Leeds on Thursday.

On the field, Stokes edged Nathan Lyon (0-102) just wide of Warner at slip early on but having survived, he and Jos Buttler continued their patient partnership from the previous evening, stretching it to 90 before the latter fell just after lunch.

Buttler (31) had dug in for much of the morning before opening up with a couple of nice drives off Lyon just before lunch but top-edged a pull off Pat Cummins (3-35) to fine leg and departed early in the afternoon session.

Jonny Bairstow came in and, alongside Stokes, took the attack to the Australian bowlers in an entertaining and unbroken stand of 97. 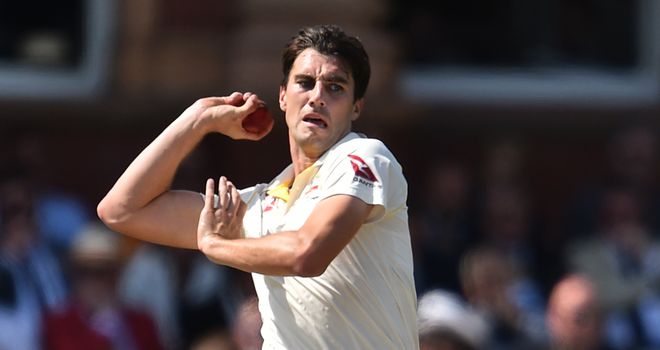 The pair ran hard between the wickets while Bairstow got going by hitting Lyon over long on for six. Stokes, having survived an lbw review from the off-spinner earlier in the session, got in on the act by slog-sweeping the same bowler for back-to-back maximums.

The runs continued to flow and after Stokes got through to his hundred, the second fifty coming in just 54 balls, he and Bairstow (30no) flayed the ball around the ground for another over before the declaration to leave England with an hour to bowl at Australia before tea.

A draw remained the most likely outcome but when Archer got Warner (5) in the fourth over, a good low catch from Rory Burns at third slip sending the opener on his way without reaching double figures for the fourth time in as many innings this series, England harboured hopes of snatching a win.

Hope briefly turned to belief when Archer nicked off Khawaja (2) and then flattened Labuschagne with a brute of a bouncer that hit him flush on the grille two balls later. 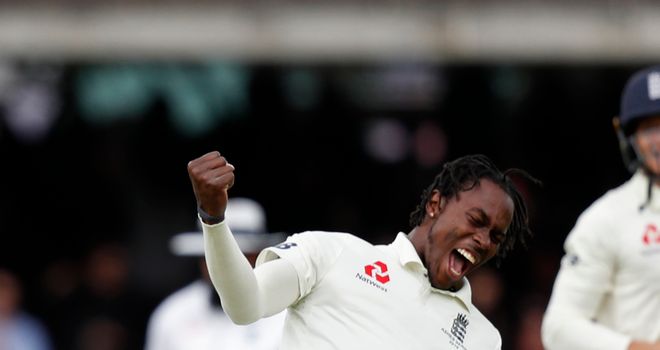 Labuschagne responded well, though, battling through to tea and continuing to play with assurance even after Cameron Bancroft was trapped lbw by Jack Leach in the first over after the break to ramp up the pressure on Australia again.

As Archer tired slightly before being taken out of the attack and time running out for England, Labuschagne and Travis Head's partnership began to grow. It had reached 49 when the next big chance came, Stokes finding Head's edge but Jason Roy spilled the catch at second slip.

Labuschagne reached the second fifty of his Test career just as play ticked into the final hour and that was also the trigger for Joe Root to throw the ball to Archer for one final burst. 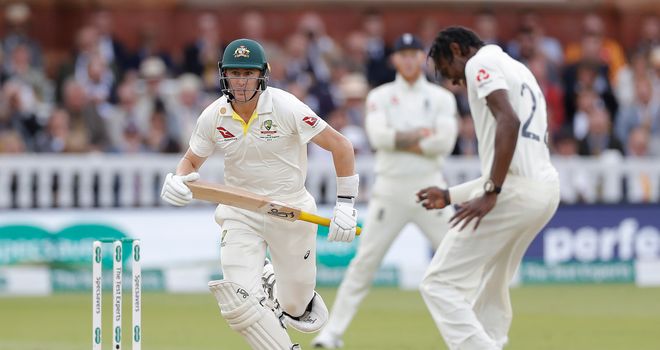 It was Leach (3-37) who made the breakthrough, though, as Labuschagne swept, the ball ricocheted off Buttler at short leg and looped up towards square leg where Root dived forward to take the catch. The batsman stood his ground as the umpires referred the catch to the third umpire to check it was taken cleanly with a soft signal of 'out'.

The replays were inconclusive - one angle appearing to show the ball had bounced and another suggesting the England captain hand his fingers under it - and despite boos from the Australians in the crowd, the decision stayed with the soft signal and Labuschagne (59) had to go.

With an end opened up, England sensed an opportunity and when Matthew Wade (1) was caught bat-pad from a ball that exploded out of the rough in Leach's next over, there was a renewed hope. England were celebrating again a couple of overs later after a stunning one-handed catch from Joe Denly at square leg as Tim Paine (4) fell into the short-ball trap from Archer (3-32), leaving the home side needing four wickets and seven overs to get them.

England pushed hard, even when the fading light meant Archer had to be taken out of the attack, with Burns almost swooping to take a brilliant catch at silly point, but Head and Cummins (1no) stood firm and Australia keep their noses in front as the Ashes moves north over the next couple of weeks.

Watch the third Test between England and Australia at Headingley from 10am, Thursday on Sky Sports The Ashes and Main Event.