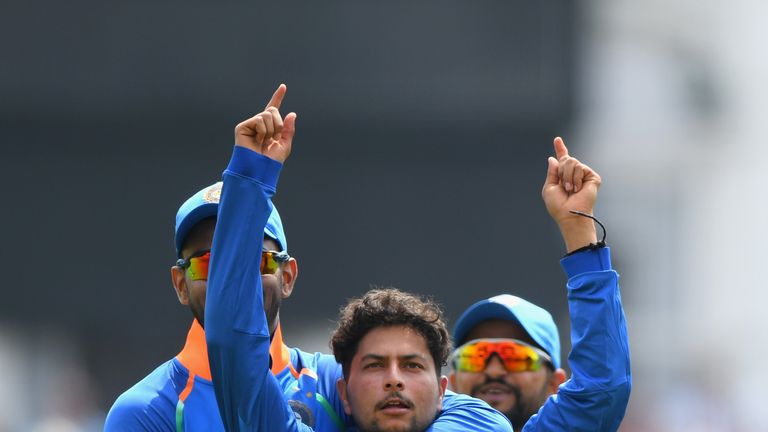 England suffered an eight-wicket hammering by India in the first one-day international at Trent Bridge as they once again succumbed to the mystery spin of Kuldeep Yadav.

Kuldeep followed up his match-winning 5-24 from the first T20I at Old Trafford with staggering figures of 6-25 from 10 overs as England were bowled out for 268, while Rohit Sharma hit a second-straight century of the tour, following his T20 ton at Bristol with a stunning unbeaten 137 in the run chase.

Earlier, the hosts had got off to another blistering start, on the same ground where they posted a world-record 481 last month, and were 71-0 at the time of Kuldeep's introduction after 10 overs.

But, the left-arm wrist spinner proceeded to take three wickets in his opening two overs, and returned to claim the key scalps of Jos Buttler (53) and Ben Stokes (50) after the pair had rebuilt the England innings with a 93-run fifth-wicket stand. 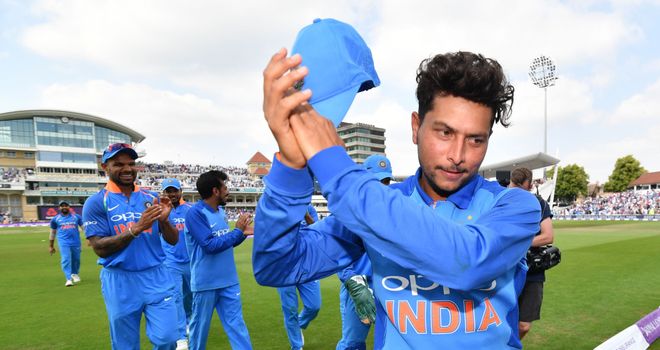 In reply, India cruised to their target with 59 balls to spare - Sharma, aside from a Jason Roy drop at point when on 92, and captain Virat Kohli (75) hitting chanceless, classy knocks.

While Eoin Morgan said at the toss he'd have preferred to chase if given the choice, England will have been far from concerned about setting a score, having blasted Australia for that record total only three weeks ago on their last Trent Bridge trip.

Roy and Jonny Bairstow were both fortunate not to fall in the first over, with Roy flashing a thick outside edge just wide of the diving Kohli at slip first ball and Bairstow thankful not to have an lbw appeal from Umesh Yadav, shown to be hitting, reviewed.

Following those early scares though, the England openers blasted their way through another boundary-riddled 10-over powerplay.

Kuldeep's introduction in the 11th over, however, brought with it a wicket within two balls, with Roy (38) caught at cover reverse-sweeping. Joe Root (3) and Bairstow (38) followed in his next, both out lbw, failing to pick the spinner - Root gone to the googly and Bairstow to a leg break.

Both ultimately fell to Kuldeep - Buttler departing to a fine catch from MS Dhoni to a tickle down the legside, and Stokes mirroring Roy's dismissal with a mistimed reverse - as the Indian star spinner claimed his five-for, adding a sixth when David Willey (1) holed out at deep midwicket.

Moeen Ali (24 off 23) and Adil Rashid (22 off 16) pitched in with some handy runs at the back end of the innings before falling to Umesh (2-70) as England were bowled out one ball shy of their full 50 overs.

Shikhar Dhawan got India's chase off to flying start, hitting eight boundaries in a 27-ball 40 before trying for one too many when looking to hoick Moeen (1-60) legside, only succeeding in sending a thick outside edge to Rashid at backward point. 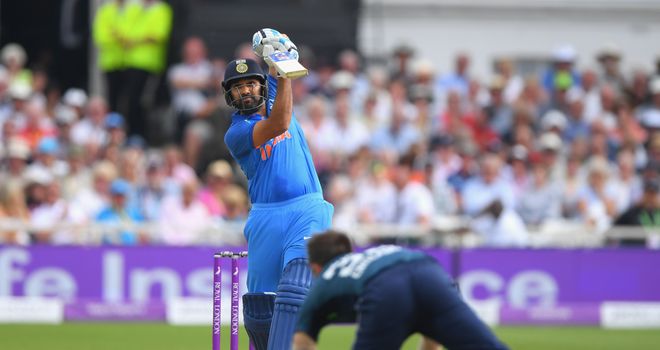 At the fall of Dhawan's wicket, India already had 59 runs through the first eight overs, and Sharma and Kohli serenely cruised to their target thereafter, the only blemish being Kohli's wicket - brilliantly stumped by Buttler off Rashid (1-62).

Sharma, meanwhile, brought up his 18th ODI century and second against England with a glorious straight six off Rashid, his third of four sixes in his superb innings.

England will look to level the three-match series against India in the second ODI at Lord's - watch live on Sky Sports Cricket from 10.30am on Saturday.