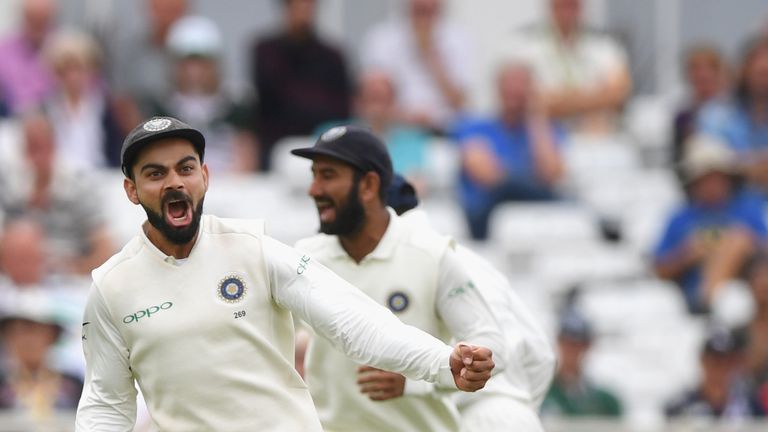 India needed only 17 balls on day five to take the final England wicket at Trent Bridge and complete a 203-run victory in the third Test.

Having been frustrated by Adil Rashid (33no) and James Anderson late on day four, there were no such problems for India on the fifth morning as Ravichandran Ashwin outfoxed Anderson (11) with a leg break that the tailender could only loop up to Ajinkya Rahane at slip, England all out for 317.

The wicket was the only one of England's 20 not to fall to a seamer with Jasprit Bumrah taking 5-85 in the second innings on his return from injury after Hardik Pandya's five-wicket haul in the first. 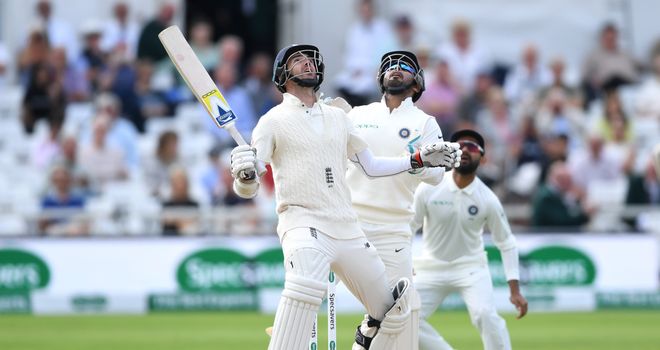 James Anderson was the last man out for England in Nottingham

India's triumph halves England lead in the series to 2-1 with two matches to play, at the Ageas Bowl and The Oval, and Virat Kohli's side will now be aiming to become just the second team - and the first since Australia in the 1936/37 Ashes - to win a five-match series from 2-0 down.

Despite wins at Edgbaston and Lord's, England's batsmen have failed to fire throughout the series and Joe Root called on them to follow the example set by Jos Buttler and Ben Stokes as they dug in on day four in Nottingham.

"It's fair to say that we very much underperformed in that [first] innings," the England captain said. "You look at the second innings and the partnership between Buttler and Stokes and that's a real lesson to our side in how to play Test match cricket.

"Not the fact that they scored at a slower rate or looked to be more defensively minded, but the way they adapted to the situation and were very clear about how they were going to score their runs."

Meanwhile, Kohli praised the all-round performance of his side as he dedicated the win to the victims of the floods in Kerala.

"The victory was much needed at this stage of the series and to have a performance like that, which was so clinical in all three departments, is something that was pleasing to me as a captain," he said.

"The players are really proud of what they've done in this Test too. Everyone is taking responsibility at the right time."

Watch the fourth Test between England and India from 10am on Thursday, August 30 on Sky Sports Cricket and Main Event.