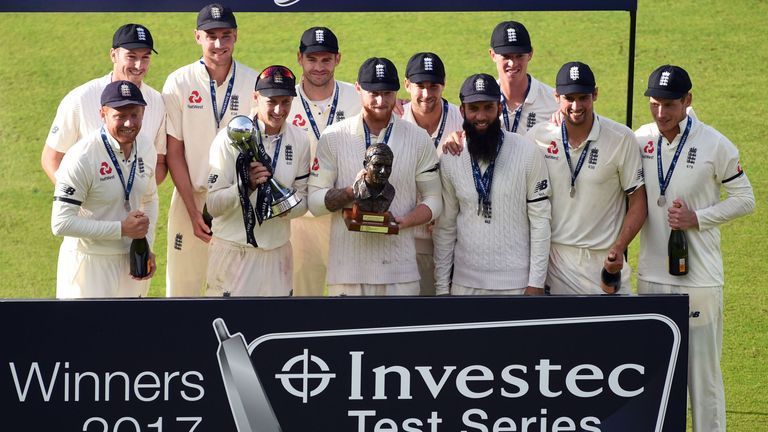 Moeen Ali completed a five-wicket haul as England wrapped up a 3-1 series win over South Africa with a day to spare courtesy of a 177-run triumph in the fourth Test.

Ali (5-69) claimed the key wicket of Hashim Amla (83) lbw on review after South Africa, set 380 for victory having dismissed England for 243, progressed to 163-3 as tea approached on day four at Old Trafford.

The off-spinner then ousted Quinton de Kock (1) and Theunis de Bruyn (0) before the break to claim 3-10 from 17 balls and destroy the Proteas' slender hopes of completing the highest successful run chase in a Test at Manchester, which remains the 294 England scored against New Zealand in 2008. 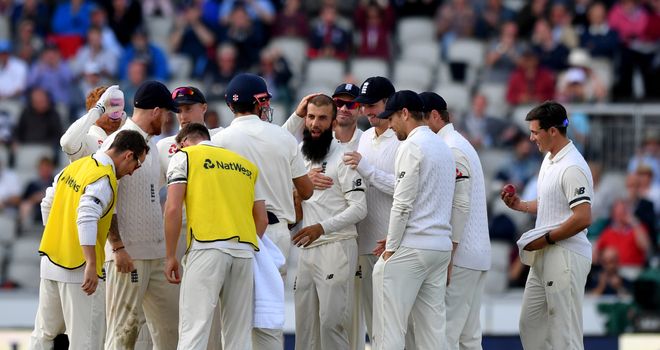 Local lad James Anderson (3-16) dismissed Proteas skipper Faf du Plessis (61) - who had put on 123 with Amla for the fourth wicket - and Kagiso Rabada (1) after the interval before Ali returned to off Morne Morkel and Duanne Olivier for golden ducks and skittle South Africa for 202.

Ali ended the series with a leading 25 wickets - including a hat-trick to win the third Test at The Oval - as England defeated South Africa at home for the first time since Alec Stewart's side prevailed 2-1 in 1998.

The all-rounder had been left stranded on 75 from 66 balls in the morning session after Stuart Broad and Anderson became the final two men to fall in England's second innings, Morkel (4-41) bagging both within the first 15 minutes of play. Broad (5) skewed to De Bruyn at cover point in Morkel's first over of the day before Anderson (2) fended to the same fielder at short leg in the towering seamer's second - Morkel ending the series with 19 wickets at 26.36

England's pace attack were made to wait to get stuck into South Africa's top order due to a 45-minute rain delay but Broad struck with his 10th ball to cap a miserable Test for Dean Elgar (5).

Left-hander Elgar, who was pinned lbw by Anderson for a three-ball duck in the first innings before dropping Ali at slip when the England batsman had 15, squared up and edged through to Jonny Bairstow.

Elgar's opening partner, Heino Kuhn, and Temba Bavuma also perished prior to lunch, Kuhn (11) caught off Anderson by Alastair Cook in the cordon and Bavuma (12) departing on review from the ball before the interval with Ultra-Edge proving he had snicked Toby Roland-Jones to Bairstow.

Amla braved being clonked on the hand by Anderson and survived an lbw shout against Ali - the delivery hitting him outside the line but debate raging as to whether he was playing a shot.

The 34-year-old, who was also subjected to a caught-behind appeal from Anderson - the ball grazing his back leg rather than his blade - grew in confidence after his scares, unfurling the reverse-sweep with regularity and collecting 38 runs from 35 deliveries to nail a 100-ball half-century. 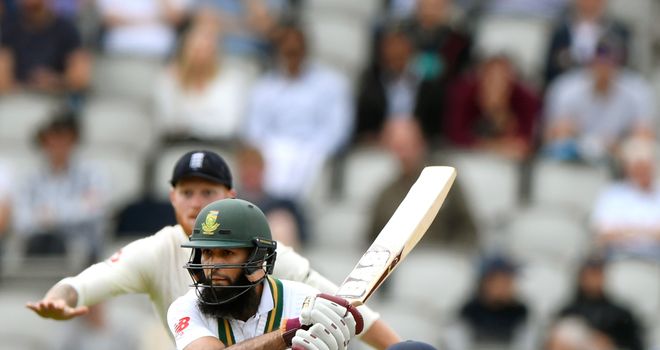 Amla and Du Plessis brought up their century partnership from 163 deliveries when the former drove Ali square for four - Amla biffing the spinner for six not long after.

Ali gained revenge, though, when he had Amla trapped lbw on review 20 minutes before tea - third umpire Joel Wilson deciding that the murmur on Ultra-Edge did not come from bat on ball.

De Kock and De Bruyn were then snared at slip, by Cook and Ben Stokes respectively, within the space of three balls, and when Anderson forced Du Plessis to edge behind in the third over after tea, the game was up - South Africa losing their final seven wickets for 39 runs.

England return to Test action on Thursday, August 17 at Edgbaston for the day-nighter against West Indies, the first game in a three-match series. Watch live from 1pm on Sky Sports Cricket (channel 404). 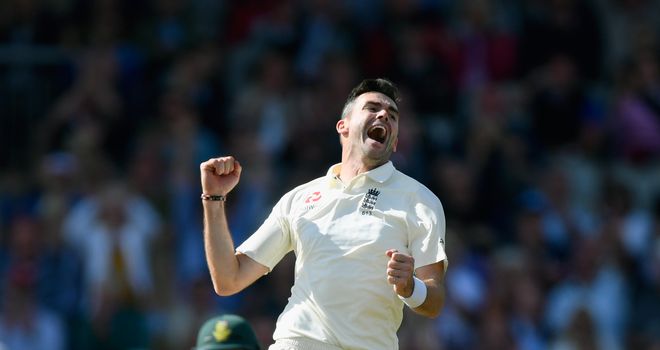