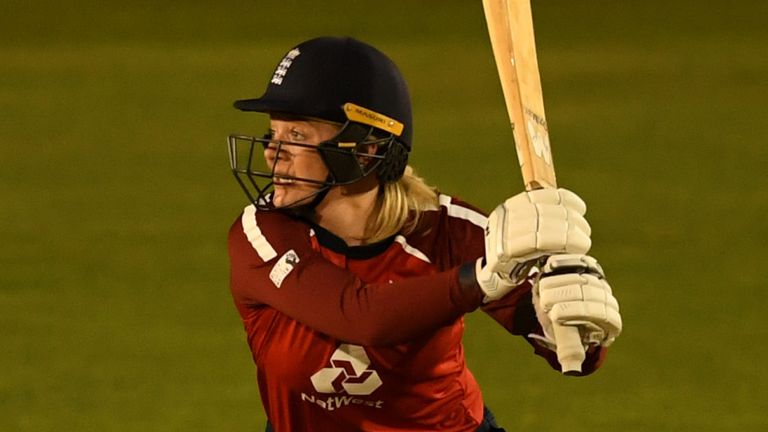 Sarah Glenn excelled with bat and ball as England Women benefitted from a significant West Indies collapse to win the second T20I by 47 runs at Derby.

England won the first game comfortably and despite a disjointed effort with the bat, it was a similar story as they moved into a 2-0 lead in the five-match series.

West Indies looked well placed to chase it down as Deandra Dottin (38) and Stafanie Taylor (28) put on 61 for the second wicket but once Glenn (2-24) removed Dottin, the tourists crumbled, losing 7-24 to finish on 104-8.

After the Windies' disappointing chase in the first game, Taylor surprisingly chose to put England in to bat after winning the toss and may have been doubting her decision as Tammy Beaumont and Danni Wyatt took England to 30-0 after three overs.

However, West Indies pulled it back superbly with Beaumont (21) caught at mid-on off Shakera Selman in the next over and Taylor had Nat Sciver (8) stumped in a seventh over that ended with Wyatt (14) being run out.

Heather Knight and Amy Jones helped England rebuild from 45-3, adding 40 for the fourth wicket, with Jones (25) in particular looking in good touch.

However, her dismissal triggered another flurry of England wickets as they lost 3-11 in 3.2 overs, including Knight (17) and Fran Wilson (4). 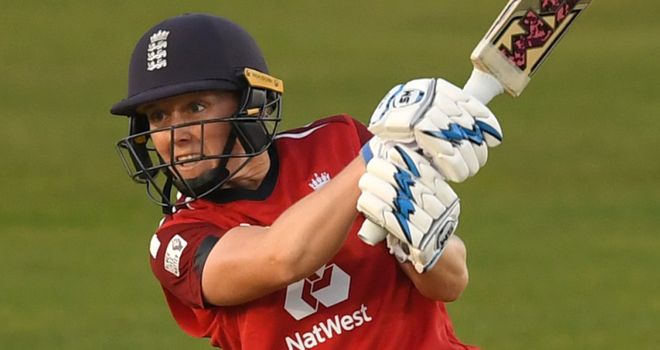 Brunt was determined to keep swinging but struggled for timing. Fortunately for England, Glenn was not and managed to sort some momentum going for the home side.

With Brunt's timing eventually returning to match her power, England were able to score 51 in the last five overs, undoing some of the excellent early work of the West Indies bowlers, led by Taylor (2-12).

The 152 needed for victory would have been West Indies' highest T20 score in England and when Brunt had Hayley Matthews (3) caught at cover in the third over, the visitors were already up against it.

Dottin, fresh from her half-century in the opening game, was seeing it well though and, alongside captain Taylor, was able to apply some pressure on the England bowlers for the first time in the series.

The pair were going well but knew that they needed to make a sizeable dent in the runs required between them if West Indies were to stand a chance and when England put together three tight overs in a row, the big shots needed to come. 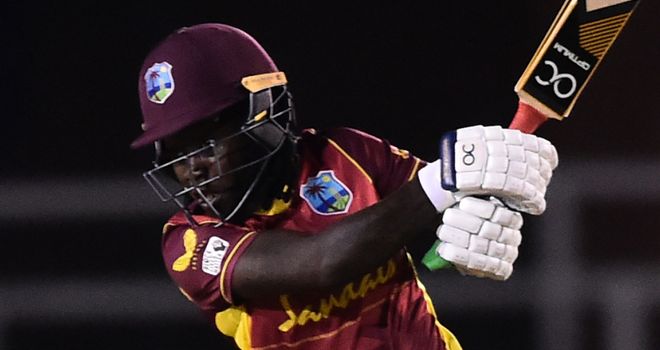 Dottin took the plunge but missed with a slog-sweep off Glenn and was trapped lbw in the 12th over.

The wickets continued to tumble though; Anya Shrubsole had Shemaine Campbelle caught in the deep, Villiers had Chinelle Henry lbw and Sophie Ecclestone accounted for Britney Cooper (0) and Aaliyah Alleyne (5) as England's bowlers cashed in.

England can clinch the series with victory in the third T20I on Saturday afternoon while West Indies will be looking for answers in the next three days following another comprehensive defeat.