Match Tied (England win the one over eliminator) England again beat New Zealand after a Super Over, following a barely believable conclusion to a rain-reduced T20I series decider in Auckland.

Eoin Morgan's men edged the Black Caps in a Super Over in the World Cup final at Lord's in July, and followed suit at Eden Park on Sunday - albeit not on boundary countback - to take the series 3-2 after the sides had scored 146 runs apiece in a truncated 11-over-a-side game.

Morgan and Jonny Bairstow tonked one six each off Tim Southee in England's Super Over as the tourists totalled 17-0, before Chris Jordan - whose 12 runs from the final three balls had taken the match to a Super Over in the first place - conceded only eight runs in New Zealand's and dismissed Tim Seifert thanks to a superb tumbling catch from Morgan. 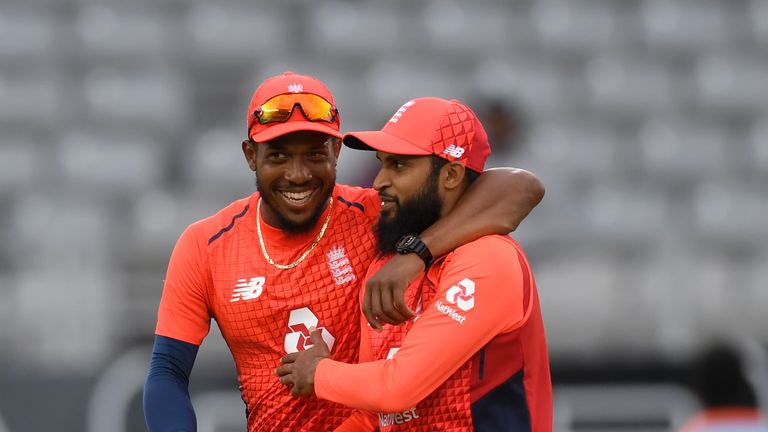 New Zealand were far more brutal once a shortened game finally got under way at 4pm local time, with Martin Guptill slamming a 19-ball fifty as the Black Caps cracked 83 from their first five overs after being inserted.

Adil Rashid - back into the side at the expense of Matt Parkinson - had Guptill caught by Tom Banton at deep midwicket, while the also-restored Saqib Mahmood dismissed Colin de Grandhomme (6) in similar fashion.

Guptill's opening partner Colin Munro hit 46 from 21 deliveries, while Seifert (36 off 19) pounded Sam Curran for boundaries late on before being yorked by his brother Tom.

The Black Caps' score of 146-5 looked challenging but chaseable on a small ground - despite England leaving out Dawid Malan, who had thumped their quickest-ever T20I ton, from 48 balls, in the previous game in Napier. 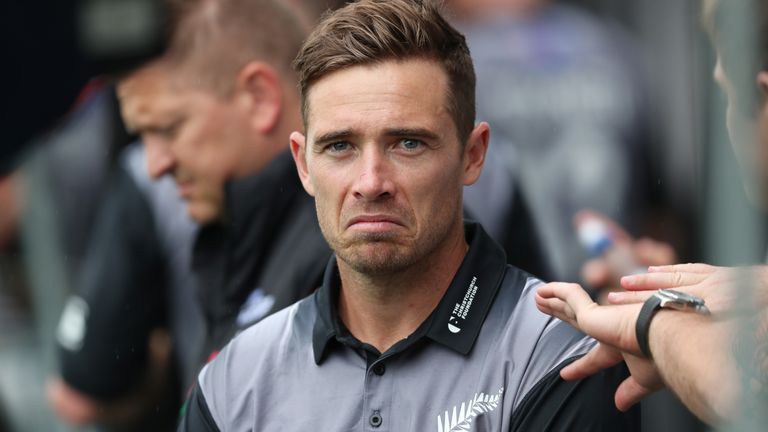 The tourists' hopes were dealt a couple of early blows with Banton (7) out lbw to Trent Boult - after his unsuccessful review had initially shown the wrong delivery being displayed by ball-tracking - and James Vince (1) chipping Southee to mid-off.

Morgan (17 off 7) rallied England from 9-2, only to hole out off Boult after smashing the left-armer for three boundaries in as many balls. However, England's hopes appeared to be slipping away when Bairstow feathered Jimmy Neesham behind from the final ball of the seventh over, Curran was stumped by Seifert off Mitchell Santner from the first ball of the eighth, and Lewis Gregory then went six and out, as they tumbled from 100-3 to 107-6.

Sam Billings (11 not out) and Tom Curran (12) kept England in the hunt and took the equation down to 16 required from the final regulation over, bowled by Neesham.

New Zealand started the over well with England only taking three runs and seeing Curran dismissed across the first three balls, but Jordan then thumped a six over cover, picked up two into the leg side, and then whipped away a match-tying boundary. 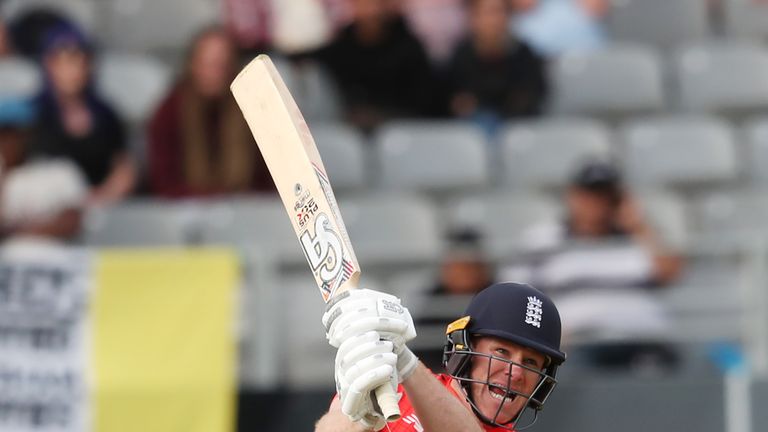 The 31-year-old then proved the hero with the ball - just as his great mate Jofra Archer had done in the World Cup final Super Over - as he recovered from bowling a wide and being hit for four by Seifert to have the batsman pouched by Morgan and then conceded one run from the final two balls.

Morgan, of course, had done his part with the bat in the Super Over as his side edged the Black Caps in a series decider once again, having pipped them 3-2 in an ODI series on home soil in 2015 and one in New Zealand in 2018.