De Villiers kept his cool after RCB had slipped to 87-4 chasing 156, pumping three sixes in a row as the run rate soared, the third of which, off Mohit Sharma, nailed him a 36-ball half-century at M. Chinnaswamy Stadium.

The 34-year-old, who also launched teenage Afghanistan spinner Mujeeb Ur Rahman for back-to-back maximums, was caught in the deep in the penultimate over off Andrew Tye, but Washington Sundar (9no) struck Mohit for two boundaries in the last as RCB triumphed with three balls to spare.

Sundar (2-22) had earlier impressed with his spin but seamer Umesh Yadav (3-23) was the star, snaring three wickets in the fourth over - Mayank Agarwal (15), Aaron Finch (0) and Yuvraj Singh (4) his victims - as Kings XI were bowled out in 19.2 overs, England quick Chris Woakes (2-36) bagging two late wickets. 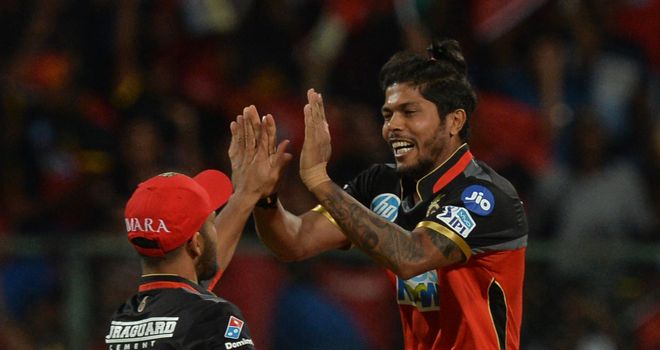 However, De Villiers, who shared stands of 54 with De Kock and 65 with Mandeep Singh (22), proved key as RCB rebounded from defeat to Kolkata Knight Riders in their opener and made it seven wins out of eight in this year's IPL for the side batting second.

Kohli had no hesitation in inserting Kings XI and would have been rubbing his hands as paceman Umesh struck three times in six deliveries to curtail a brisk start from the visitors - Agarwal caught behind and Finch trapped lbw from the first two balls of the fourth over before Yuvraj was bowled middle stump by the last.

Teenage spinner Sundar then picked up the wicket of Kings XI's top scorer KL Rahul (47) - who had clubbed an IPL-record 14-ball fifty against Delhi Daredevils on Sunday - with Ashwin (33) and Karun Nair (29) making the only middle-order contributions. 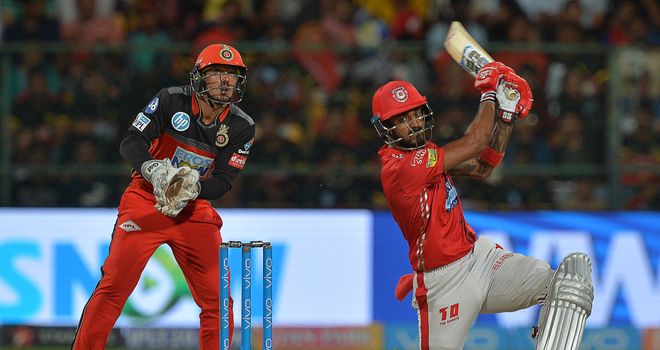 Kings XI's teenager Mujeeb (1-29) also shone, bowling Kohli through the gate with a googly, while De Kock and Sarfaraz fell to Ashwin's spin - De Kock bowled and Sarfaraz, the third player in the match to depart first ball, clipping to slip.