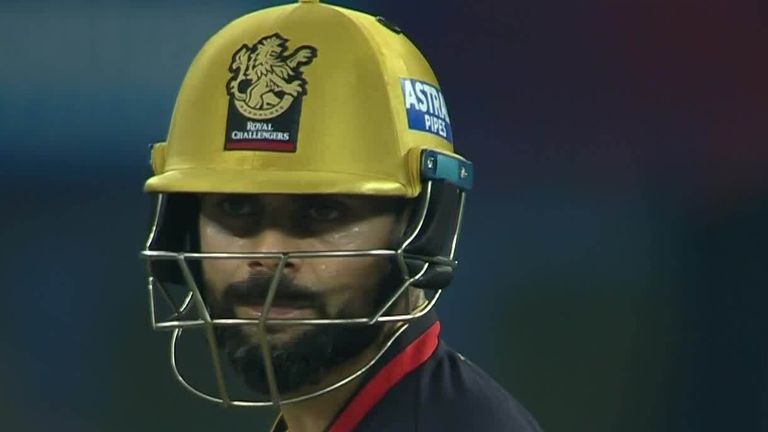 Royal Challengers Bangalore came out on top after a Super Over at the end of an incredible Dream11 IPL match against Mumbai Indians.

Half-centuries from openers Aaron Finch and Devdutt Padikkal and AB de Villiers' stunning 55no from 24 balls helped RCB to a commanding 201-3 from their 20 overs. 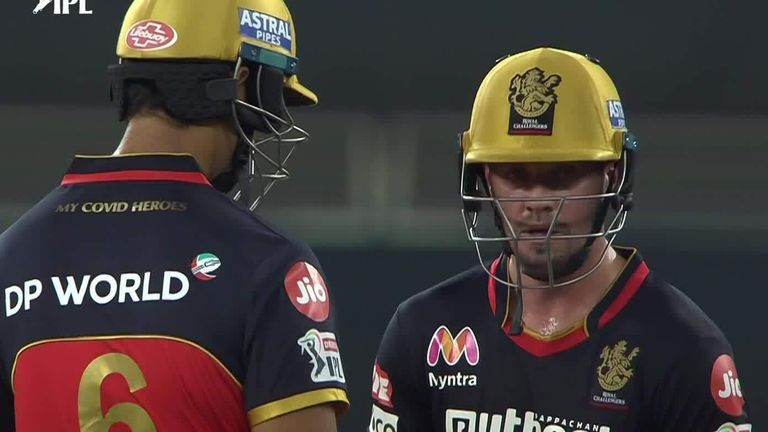 It appeared more than enough, certainly with six overs remaining and Mumbai still needing 104. However, for the second day running in the IPL, a stunning late blitz turned the game on its head.

Ishan Kishan (99 from 58) and Kieron Pollard (60no from 24) shared a remarkable 119-run partnership and when Kishan moved to 99 with back-to-back sixes in the final over, the defending champions needed just five from two balls.

Kishan was caught on the boundary next ball and when Pollard pulled the last for four, the game headed to a one-over shootout.

Mumbai bizarrely chose not to send Kishan back out, while Pollard was only able to hit one boundary and was then dismissed in a superb over by Navdeep Saini, leaving RCB needing just eight to win.

De Villiers went out with Virat Kohli to face Jasprit Bumrah and, after the South African got the fourth ball to the boundary, Kohli hit the winning run from the last ball of another staggering IPL contest.

Earlier, after being asked to bat first, RCB quickly laid the foundations for a big total as Finch came out firing - a glorious straight six off Trent Boult in the third over a clear sign of what was to come.

The Australian was enjoying the majority of the strike and made the most of it as he raced to a 31-ball half-century, adding seven boundaries to his earlier maximum, before he holed out to long on at the start of the ninth over, giving Boult his first wicket.

That wicket helped Mumbai get through a few quieter overs with Kohli's struggles in this year's tournament continuing. The RCB skipper was unable to get the ball away and departed in a tame manner befitting of his innings of three from 11 balls, chipping Rahul Chahar to extra cover. 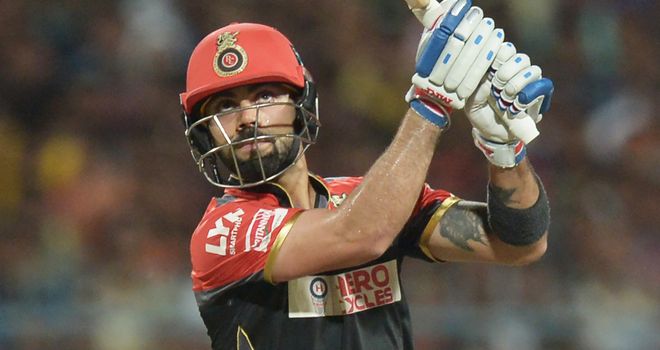 Unusually, it was Kohli's departure, rather than his arrival, that saw the runs start to flow with Padikkal coming into his own and thumping back-to-back sixes off James Pattinson on his way to a 37-ball fifty. Just like his opening partner, though, he was gone soon after and in a very similar manner, caught at long-on, with Boult (2-34) again the bowler.

The worst was yet to come for Mumbai, though, with De Villiers determined to finish the innings with a flourish. The South African was in blistering form, nailing four sixes - each one bigger than the last - on his way to a 23-ball fifty, his 35th in the IPL.

He was starved of the strike in the last over but it made little difference to RCB as Shivam Dube took over and smashed Pattinson for three large sixes to swell the total beyond 200. De Villiers blitzed an incredible 55no from 24 balls (Credit: AFP)

Mumbai's chase faltered early on with Rohit Sharma dismissed cheaply by the excellent Washington Sundar, the off-spinner easily the pick of the bowlers with figures of 1-12 from his four overs.

Suryakumar Yadav (0), Quinton de Kock (14) and Hardik Pandya (15) followed and Mumbai found themselves 78-4 in the 12th over, the game seemingly finished as a contest.

That was before a remarkable display of hitting from Kishan, who went from 50 to 99 in just 19 balls, smashing nine sixes in total, and Pollard, who reached his half-century in only 20 balls and cleared the ropes five times. 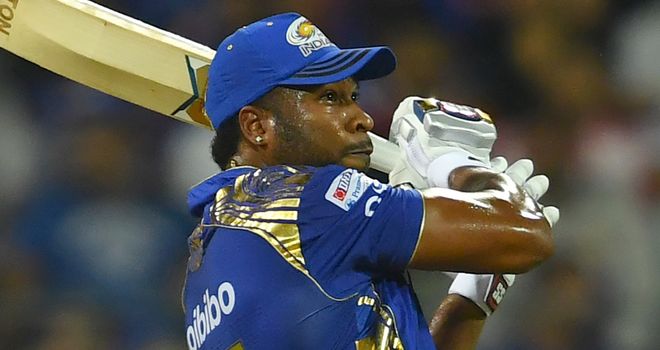 Kieron Pollard blasted a 20-ball fifty as Mumbai came so close to the most unlikely of wins (Credit: AFP)

Nine maximums were hit in the last four overs to take Mumbai from near-certain defeat to the brink of victory, only for Kishan to pick out the fielder at deep mid-wicket with five needed for victory off Isuru Udana (2-45).

Pollard levelled the scores but the duo's efforts proved in vain as Saini kept Mumbai to just seven in a fine Super Over and after De Villiers put away Bumrah's ill-advised bouncer, Kohli was able to finish the job for RCB.

Watch Delhi Capitals vs Sunrisers Hyderabad in the IPL live on Sky Sports Cricket from 2.50pm on Tuesday.