Proteas win off last ball after Topley's failed run out

Morris' 62 from 38 balls in the preceding ODI encounters helped the Proteas level a series they would go on to win 3-2, and his 17no from seven deliveries at Newlands scraped South Africa past England's total of 134-8 off the final ball.

Reece Topley fumbled a chance to run out Kyle Abbott at the non-striker's end as the hosts scampered through for the match-sealing two, but England will really be ruing their under-par display with the bat, as they lost five wickets for 29 runs in the middle overs after being derailed by Imran Tahir (4-21). 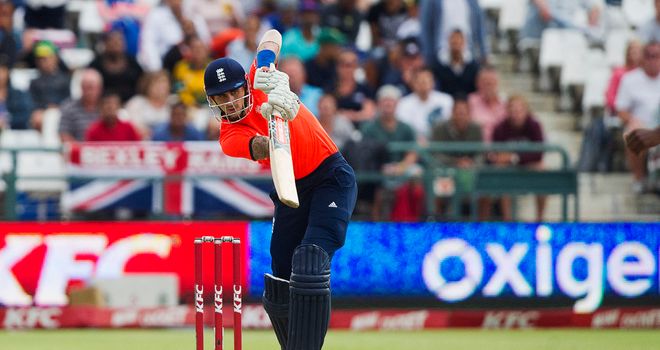 Alex Hales (27), buoyed by five fifties and a ton in his previous six knocks, and Jason Roy (15) gave England a rip-roaring start, blasting 38 for the first wicket within four overs before Roy skewed a slower ball from recent Kent signing Kagiso Rabada to midwicket.

JP Duminy then atoned for dropping Hales at deep midwicket on 24 by catching the opener at deep fine leg off Imran Tahir, despite being accidentally rugby tackled by Rabada in the process.

Joe Root (8) soon picked out point, with Ben Stokes (11) then stumped by AB de Villiers - standing-in as wicketkeeper for the rested Quinton de Kock - having drilled Tahir for six and four off his preceding two balls.

Tahir continued to bamboozle England, dismissing the out-of-sorts Eoin Morgan (10) and Moeen Ali (0) from successive deliveries in the 13th over and coming close to bowling Jordan through the gate with the hat-trick ball.

Jordan helped Jos Buttler (32no from 30) lift England above 100 but Abbott's wickets of the Sussex player (15) and Adil Rashid (2) ensured Morgan's men set the lowest total batting first in a T20I at Newlands, David Willey (6no) with Buttler at the death.

Willey's contribution with the bat was quickly erased as the hosts amassed eight runs from his first two balls, four leg byes followed by Hashim Amla clipping the left-armer off his pads and to the fence.

De Villiers, though, top-edged Jordan to Hales in the fifth over and Amla was caught sharply at mid-on by Willey an over later, having been shelled on 14 by Buttler. 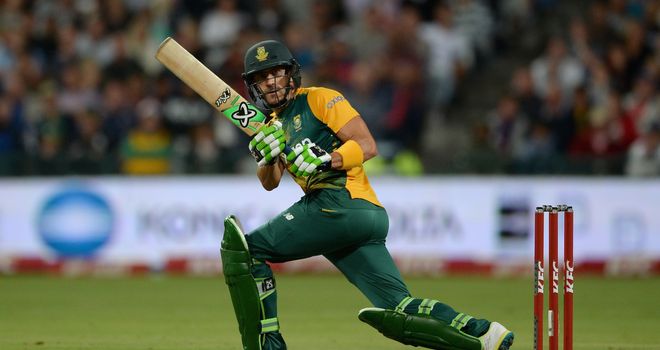 Faf Du Plessis (25) and JP Duminy (23) propelled the Proteas to 76-2 in the 13th over but when the batsmen, who added 41 for the third wicket, each lashed to long-on, South Africa's innings began to unravel.

Jordan (3-23) returned to snare Rilee Rossouw (18) and David Miller (13), complete career-best figures and leave the home side needing 15 from the last over - which they managed thanks to Morris' six and four and that madcap finale.

England captain Eoin Morgan: "The bowlers up front set the tone, we created a lot of chances and we probably should have won, but we didn't deserve to with our poor batting display. We didn't do the basics of adapting to the wicket well enough.The hardest thing is to get your nut down and score 150-155, which would have been par."

South Africa skipper Faf du Plessis: "With the bat, we tried to learn from their mistakes - they possibly went too hard at the ball. We almost messed it up towards the end but the 'Million Dollar Man' [Morris] saved us. We'll take a lot of confidence from this. We didn't play as well as we can but still got across that line, which is huge credit to us."

Will England level the series in Johannesburg on Sunday? Find out from 12pm on Sky Sports 2. The game follows South Africa Women and England Women's deciding T20I, which is live at 7.55am on the same channel.