Watch highlights of the third and final T20I at Centurion as England chased down to 223 to seal a 2-1 series victory.

England clinched a stunning series win over South Africa by chasing down 223 in a third thrilling T20 international, in Centurion on Sunday.

South Africa smashed a massive 222-6 from their 20 overs, but captain Eoin Morgan (57no off 22) led from the front, firing seven monster sixes as he equalled his own 21-ball record of the joint-fastest T20I fifty from an England batsman.

Jos Buttler (57 off 29) and Jonny Bairstow (64 off 34) too more than played their part as England ultimately chased down South Africa's testing target, winning by five wickets with five balls to spare.

Earlier, Heinrich Klassen - in for his first game of the series - fired four fours and as many maximums in a 33-ball 66 which, along with another terrific platform provided by Temba Bavuma (49 off 24) and Quinton de Kock (35 off 24), lifted South Africa to such a lofty score. 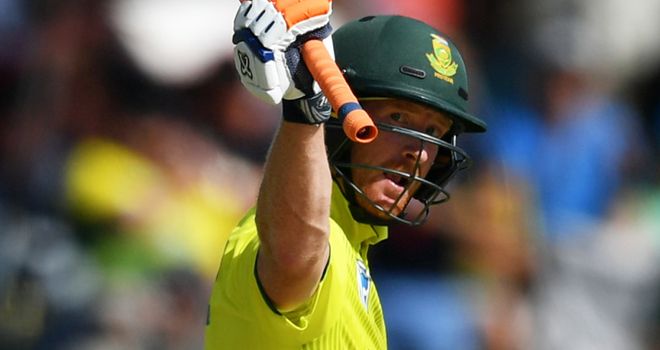 De Kock had won the toss and, after opting to make first use of a stonking batting surface, he and Bavuma quickly set about England's bowlers, plundering 64 from the six-over powerplay.

Chris Jordan (0-49) - so impressive in the series - was smashed for three-straight sixes in his opening over, though the golden-armed Ben Stokes (2-35) and Adil Rashid (1-42) helped drag South Africa back ever so slightly.

Stokes added the scalp of Rassie van der Dussen (11) in the 12th over, but Klassen had South Africa swiftly back in the ascendency with a blistering knock. 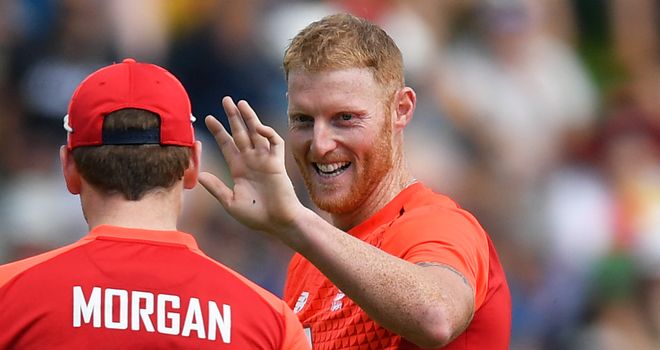 Klassen shared in a fifty partnership with David Miller, of which Miller contributed only four, and brought up a 23-ball half century as Mark Wood (1-47) was taken apart to the tune of 23 runs from his second of three costly overs.

Miller (35no off 20), who had only a run-a-ball nine to his name as Klassen departed skying pick-of-the-bowlers Tom Curran (2-33) to mid-off, picked up the big-hitting mantle at the back-end of the innings, lifting the home side up well above 200.

In reply, England lost Jason Roy (7) cheaply in the second over - Tabraiz Shamsi taking a terrific diving catch running in from third man - but Buttler answered back critics of his position at the top of the order with a 23-ball fifty to get the tourists up and running. 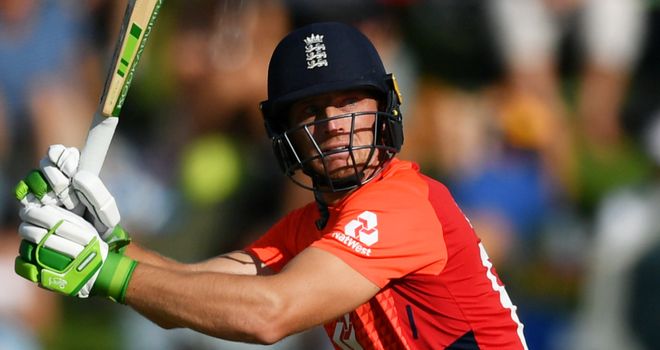 Buttler particularly had great success against the returning Dale Steyn (0-43) for South Africa, scoring back-to-back boundaries in his opening over, striking two more in his second and he and Jonny Bairstow taking 16 from his third.

Buttler and Bairstow tonked 19 more from Shamsi's opener, the pair putting on 91 for the second wicket, with Buttler's half century coming up in the eighth over and England's hundred in the ninth.

Buttler fell in the 10th, lobbing an attempt at his trademark ramp up in the air to short third man off Dwaine Pretorius (1-40), but not that it bothered Bairstow too greatly as he smashed 14 from the first three balls of Shamsi's subsequent over to bring up his own 27-ball fifty.

Dawid Malan was put down on eight - an uncharacteristic error by Bavuma at extra cover - though it wouldn't cost the hosts too greatly as he'd under-edged Shamsi (1-40) behind for 11 not long after Bairstow was bowled by Andile Phehlukwayo (1-34).

At that point, the game appeared to be in South Africa's grasp, with England needing 76 still from the final six overs, but Morgan's match-winning knock, alongside strong support from Stokes (22 off 12), saw England to a stunning series win.

Stokes holed out at deep square-leg to the first ball of Lungi Ngidi's penultimate over to briefly bring South Africa back into the game, only for Pretorius to drop Moeen Ali on nought and Morgan to smash his sixth and seventh maximums to set up a reasonably comfortable win in the end.