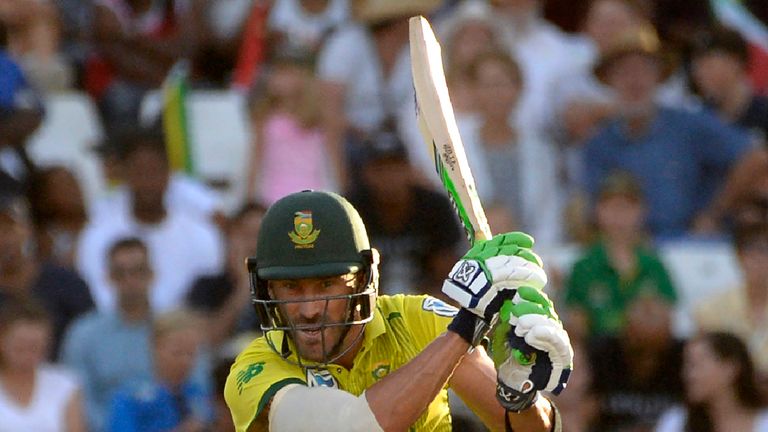 Faf du Plessis and Reeza Hendricks shared an explosive 131-run stand to pave the way for South Africa's six-run win over Pakistan in the first T20 international, at Cape Town.

South Africa, put in to bat, lost Gihahn Cloete (13) in the fourth over before Du Plessis and Reeza Hendricks cut loose in a partnership spanning 12.1 overs. 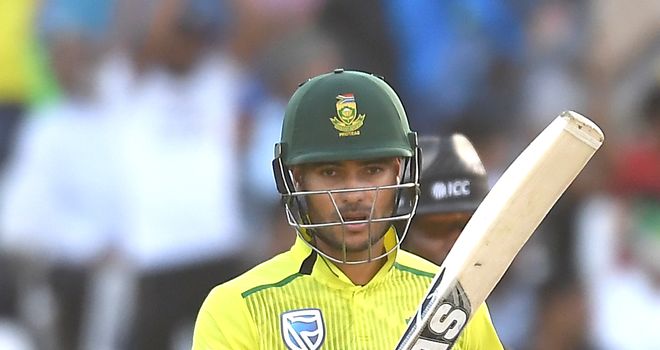 The skipper Du Plessis struck four sixes in total, including an outrageous dab for six over third man off a full Faheem Ashraf delivery outside off.

He posted a 29-ball fifty by taking 10 off successive deliveries from Ashraf before Hendricks struck the very next ball, the first of Usman Shinwari's new over, high over midwicket for six more.

Hendricks reached his half-century off just 31 deliveries, the partnership only ending when Malik clung onto a fierce Du Plessis drive at mid-off.

Pakistan's chase initially faltered as Fakhar Zaman (four) fell to the fourth ball of the innings, caught behind off Beuran Hendricks only for Hussain Talat (40) and Babar Azam (38) to compile a second-wicket stand of 81.

With the halfway point of the innings imminent, the tourists seemed well placed at 85-1 only for Talat to miscue Shamsi on the drive and Babar to be run out by a superb throw from midwicket by Miller.

When Asif Ali picked out midwicket off Morris and Miller pulled off a superb catch at long on to remove Imad Wasim, Pakistan were teetering on 118-5 having lost four wickets for 33.

Shoaib stood firm but wickets ebbed away around him - Miller ending the innings with four catches to his name, as well as helping to effect two run outs.

Watch the second T20 between South Africa and Pakistan live on Sky Sports Cricket from 12.25pm on Sunday.