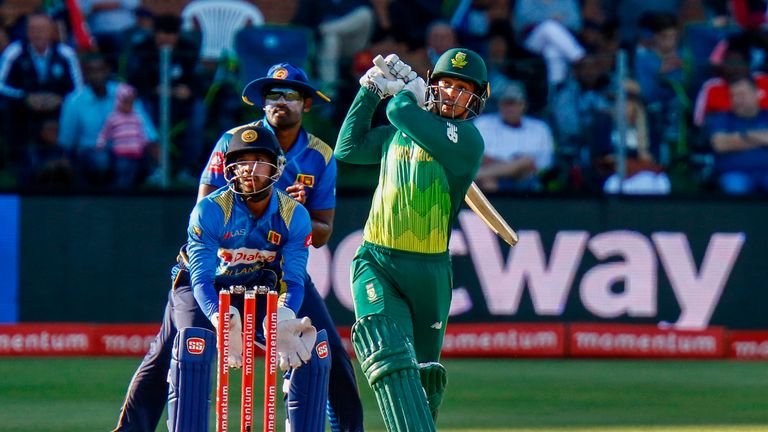 South Africa cruised to another emphatic win over Sri Lanka in their one-sided ODI series, beating the visitors by six wickets in the fourth one-day international in Port Elizabeth on Wednesday.

Quinton de Kock (51) cracked a fourth score of fifty plus in as many innings in the series as South Africa comfortably reeled in their 190-run target in 32.5 overs.

Earlier, another abysmal display with the bat saw Sri Lanka skittled for 189 in 39.2 overs - the touring side fortunate to score even that many, with No 9 batsman Isuru Udana smashing 78 from 57 late on in the innings.

Udana put on 58 for the final wicket with Kasun Rajitha, who went scoreless, bringing up his maiden ODI half century with three superbly swatted sixes in a row off Anrich Nortje.

Nortje (3-57) had earlier been the chief destroyer of the Sri Lankan top order in reducing them to 131-9, taking the wickets of Avishka Fernando (29) and debutant Priyamal Perera with consecutive balls.

Dale Steyn (1-32) claimed the opening wicket - Upul Tharanga (4) pulling to mid-on - in his first outing of the series, while Lungi Ngidi (1-22) too struck in his opening spell, with Oshada Fernando perishing at slip for a duck.

Nortje's double-strike only added to Sri Lanka's peril, before small contributions from Kusal Mendis (21) and Dhananjaya de Silva (22), and Udana's impressive hitting helped lift them to a total of sorts. 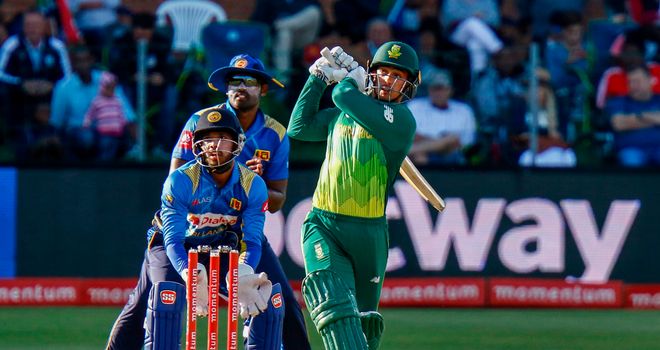 Sri Lanka's sorry display was best summed up by their skipper Lasith Malinga's sloppy dismissal, as he was run out for a duck when dozily failing to ground his bat as he made his crease.

The Proteas were never troubled during their reply, with De Kock again getting them off to a strong start, despite the loss off opening partner Reeza Hendricks (8), out cheaply again.

Hendricks was one of three wickets for Dhananjaya (3-41) - the spinner returning to claim De Kock and captain Faf du Plessis (43) - but David Miller (25no) and JP Duminy (31no) saw South Africa safely to a resounding victory.

Watch the fifth and final ODI between South Africa and Sri Lanka from 10.55am, Saturday on Sky Sports Cricket.