Jonny Bairstow's 61 not enough as Sunrisers slump to defeat 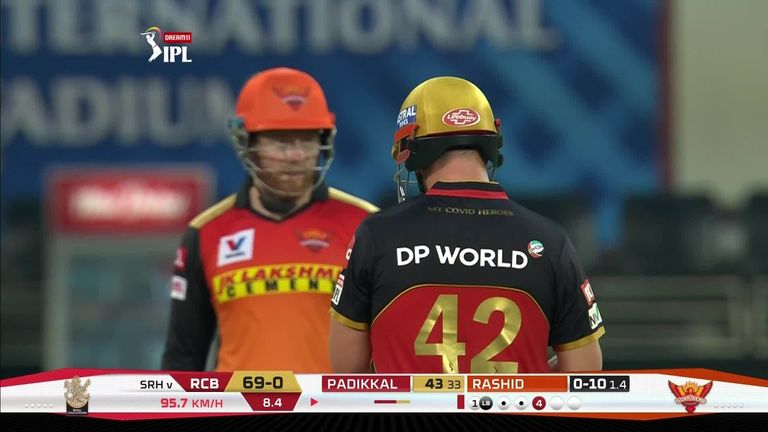 AB de Villiers blasted a 29-ball half-century to set up a 10-run victory for Royal Challengers Bangalore in their opening IPL game against Sunrisers Hyderabad.

De Villiers was eventually run out for 51 in the final over as RCB posted 163-5 following an opening partnership of 90 between 20-year-old debutant Devdutt Padikkal and Australia white-ball captain Aaron Finch.

It looked as if Jonny Bairstow's knock of 61 from 43 balls had set Sunrisers on course to chase that down - but they collapsed from 89-1 to 153 all out in the face of tight bowling from Yuzvendra Chahal (3-18).

Left-hander Padikkal (56 off 42) dominated his stand with Finch (29), but both departed in successive deliveries and Bangalore appeared to be losing their way until De Villiers injected life into the death overs.

The South African smashed four fours and two sixes - taking him past 200 IPL maximums for the franchise - before he was run out by Manish Pandey's throw from the deep, attempting an optimistic second run. 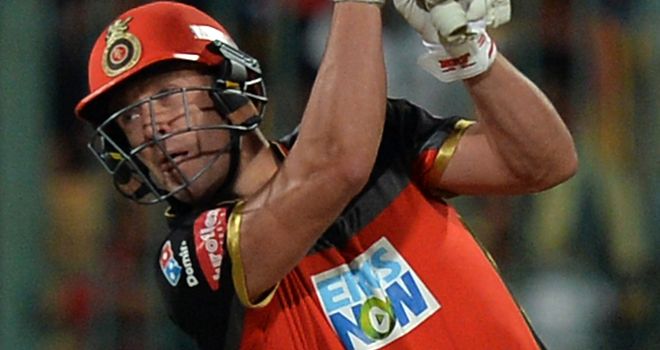 In reply, Sunrisers suffered a blow in the second over when skipper David Warner (6) was run out at the non-striker's end as Umesh Yadav tipped Bairstow's straight drive onto the stumps.

However, Pandey (34) took up the baton and added 71 with the England opener, who was given a life when Dale Steyn spilled his miscued hook at long leg and went on to complete his third IPL half-century.

But once spinner Chahal had removed Bairstow and Vijay Shankar in successive deliveries, the Sunrisers' batting crumbled and Navdeep Saini (2-25) and Shivam Dube (2-15) ensured they fell 10 runs short.