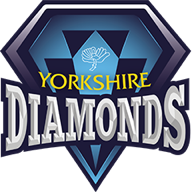 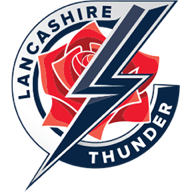 Highlights of Yorkshire Diamonds v Lancashire Thunder in the KSL

Two half-century partnerships at either end of the Yorkshire innings set up a resounding Kia Super League win by 28 runs over Lancashire at Headingley.

The Diamonds made the perfect start to this summer's campaign, posting 162-4 and comfortably defending it as the Thunder responded with 134-7.

Alice Davidson-Richards enjoyed an excellent day with a brisk 22 at the death and then 3-20 from four overs of medium pace.

Home captain Lauren Winfield, who lost the toss, top-scored with 44 off 43 balls and shared 72 in 11.3 overs for the first wicket with Sri Lanka's Chamari Atapattu (41).

But it was another England World Cup winner in Katherine Brunt who really boosted the total with a damaging 31.

She hit sixes straight and over long-on in a 16-ball assault, sharing 52 in just 4.1 overs for the fourth wicket with Davidson-Richards after the score had fallen to 100-3 at the end of the 15th.

Lancashire were missing England pair Kate Cross through injury and Sarah Taylor due to a family wedding, and the visitors dropped three catches, including Winfield on six and Brunt on two.

Brunt and England Academy's Davidson-Richards hit the lion's share of 74 off the last six overs.

Davidson-Richards then struck in each of her first three overs to squeeze Lancashire's chase. Her first two wickets helped leave them 71-3 in the 12th over.

She bowled Eve Jones with her first ball in the 10th over and had Jess Jonassen caught at deep cover with her ninth ball.

When leg-spinner Katie Levick picked up her second wicket, that of dangerous New Zealander Amy Satterthwaite caught at long-on in the 13th for 28, Yorkshire had the game all but wrapped up at 78-4.

Levick had made the initial breakthrough to get Emma Lamb caught at backward point, and later bowled Thunder captain Danielle Hazell to finish with 3-30.

Davidson-Richards then Natalie Brown stumped as Lancashire fell to 97-6. They could not recover.

Both these two sides play Surrey Stars in their next match - Yorkshire at the Oval on Sunday evening and Lancashire at Emirates Old Trafford on Wednesday afternoon.

"With this being a double header, it was really good to start things off that way.

"Lauren and Atu (Atapattu) set the innings up really nicely. Then for Katherine to go in and play how she did was amazing. It made my job so much easier. 160 was pretty great. The main thing was to go out there and be fearless.

"I was just trying to keep things really simple with the ball. They were trying to go after us a little bit, so all I had to do was put it on the spot and let them do the rest. Thankfully, it worked out really well."

"It was disappointing. It was a game we were looking to come here and win. Yes we're down a couple of players, but that makes no difference to what the day was about. We decided to bowl first. We thought we'd get all the girls out there, new pitch and one we thought would be good all day.

"The 50/50 stuff went against us - a couple of dropped chances, giving their key players two goes.

"The scores were pretty level all the way through, but it was their last six or seven overs when Brunt came in that took the game away from us. We ended up chasing 20 more than we wanted to."

HOW DOES THE KSL WORK?

The six sides - Vipers, Storm, Lightning, Surrey Stars, Yorkshire Diamonds and Lancashire Thunder - play each other once in the group stage, either home or away.

The top three teams then advance to Final Days at Hove on Friday, September 1, where the second and third-placed teams square off for the right to take on the league leaders in the final.

Our live coverage of the Women's Kia Super League continues with Western Storm against Loughborough Lightning - live on Sky Sports Cricket and Sky Sports Mix from 11:45am on Saturday.