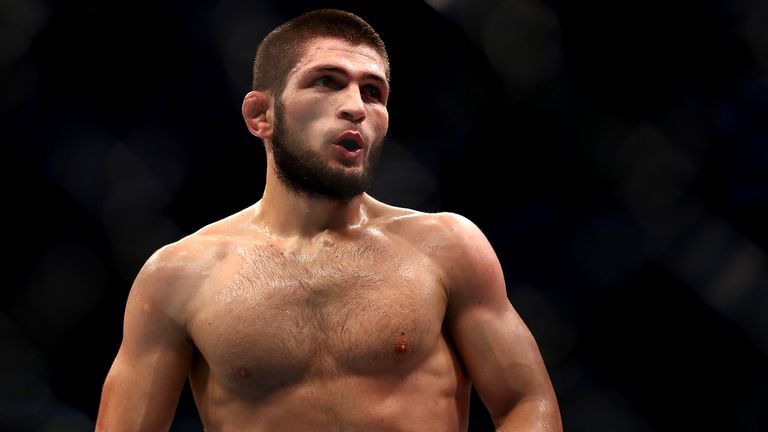 Mark Weir believes Khabib Nurmagomedov is chasing MMA all-time legendary status and not just another win when he puts his lightweight title on the line against hard-hitting Justin Gaethje on Saturday.

"I think he's trying to end his career as the best of all time. Get to 30 and 0. He wants to finish undefeated. We saw it in boxing with Rocky Marciano. And if he can go undefeated he'll be in there in that conversation," Weir told Sky Sports earlier this week.

Weir acknowledges that on paper it looks like "the undefeated versus the unbeatable" as the Russian title-holder faces an American who is on a four-fight winning streak and most recently counterpunched Tony Ferguson to a standstill. But Weir maintains Gaethje, 31, has much to prove.

"We keep saying every opponent is the best Khabib's faced to date. I hear a lot of people talking about Gaethje because of the win over Tony Ferguson. But the only thing I'd ask is with coronavirus and the lockdown was Ferguson at his best? Everyone had a break but it affects some more than the others." 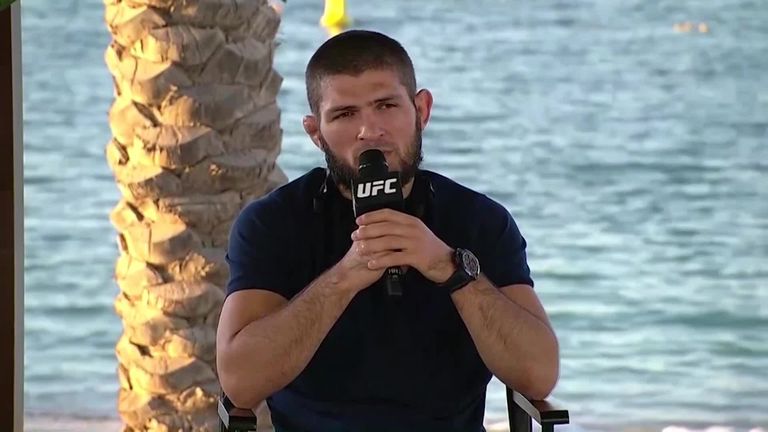 Even if he is chasing MMA immortality, Weir does not envisage Nurmagomedov looking to make any eye-catching adjustments and expects the champion to once again focus on his overwhelming wrestling tactics at UFC 254.

"Khabib will be pushing forward. He'll probably throw a few punches and kicks in the stand-up. And he'll wait for Gaethie's counter because he'll know Gaethie likes to throw counters," Weir said, explaining the Russian's potential route to success.

"And then he'll probably catch him. If he catches him, he'll look to get Gaethie against the cage and will beat him up. He'll beat him up and when the time is right, he'll take him down."

Although Gaethje has made his name in MMA on the back of hurtful striking that has yielded 19 KO wins from 22 total victories, he does also have high-level college wrestling on his CV. But Weir does not think that will help 'The Highlight' on Fight Island.

"Just because he has a wrestling background it doesn't mean he can use it in MMA. It's a different way of using it when you're doing MMA. Maybe he can be creative with it. But has he had people trying to take him down like Khabib?"

Is an upset on the cards?

Not that the pundit is ruling out a Gaethje win. He just thinks his game plan has to centre around cautious, clinical striking.

"In his last fight, after Ferguson swung, he'd counter. He'll have to calm that down a little with Khabib. If he can start tagging him, then he can slowly up the power. I'd probably go for front or side kicks to the knee and then open himself up for strikes."

And, above all, Weir believes that literally keeping his feet on the ground will be key to a surprise win for the underdog.

"With Gaethie, when Ferguson was missing, he was throwing hooks in return. But he was slightly off balance. There's a pause when you lose your balance. And Khabib will see that and attack you." 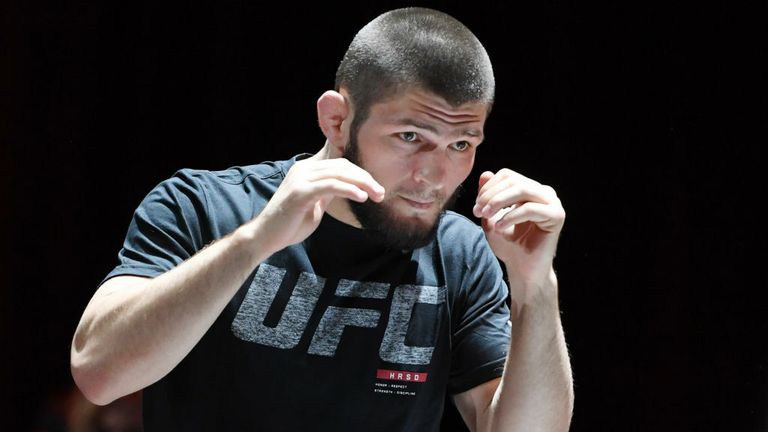 Despite seeing a potential path to victory for Gaethje, Weir, ultimately, predicts Nurmagomedov will move to 29-0.

"You can't look past the champion. Everyone keeps thinking someone has his number. He has the undefeated mindset and he won't quit," Weir concluded.

One new unknown surrounds Nurmagomedov's mindset in the wake of his father's death in the summer. This will be his first contest without his dad and mentor in the corner. Weir says we will not know the effect of the loss until battle commences.

"Grief affects people differently. But if the grief hits him when he's fighting, it could go one of two ways. You could be getting hit and think 'I want to do this for my father'. But then you're thinking of your father and the grief may overtake you.

"But for me I think it will be a plus, I think he has all the answers and I think even if he's rocked, he'll work through," Weir said. The question that will inevitably follow a Khabib win, will be who is next for fight number 30?

A rematch with Conor McGregor would attract huge attention, but Weir is worried it could wind up a mismatch until the Irishman regains career momentum.

"Conor's been out of the picture for a while at 155. He needs to prove himself again. You don't want to see a fight where he comes in and gets beaten up worse than before."

Another illustrious name mentioned in connection with Khabib has been two-weight champion, MMA royalty, George St-Pierre. But the Canadian's titles have come at higher weights and Weir cannot see him risking his reputation and health in coming down to meet Khabib at 155 pounds.

"George is a very clever guy. He's never punished himself with weight cuts and he's in good condition. I could see him cutting and seeing how he feels. But if he didn't feel good, I could see him pulling out for safety reasons."