Check out some of the best knockouts and submissions from A.J. McKee, Darrion Cardwell, Joey Davis and more! Bellator 253 is live this Friday on Sky Sports Mix from midnight

Caldwell (15-3) moved up in weight with a goal of adding a second world title to his collection. while McKee will put his perfect 16-0 record on the line in hopes of becoming a world champion. The winner will leave with a guaranteed world title shot and also moves one step closer to earning $1m. 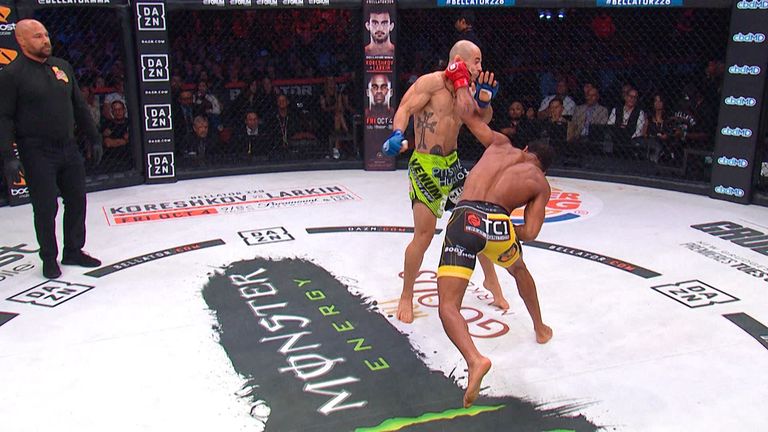 It's one of the fastest knockouts in Bellator history, relive AJ McKee's eight-second win over Georgi Karakhanyan. McKee is back in action this Friday at midnight on Sky Sports Mix

The co-main event sees former UFC and WEC lightweight champion Benson Henderson return to the welterweight ranks to challenge one of the division's most dangerous contenders, Jason Jackson. Henderson (28-9) is looking to further cement his legacy as one of the best of all time, while Jackson (12-4) aims to use this victory over a household name to catapult himself into the upper echelon of the welterweight division. 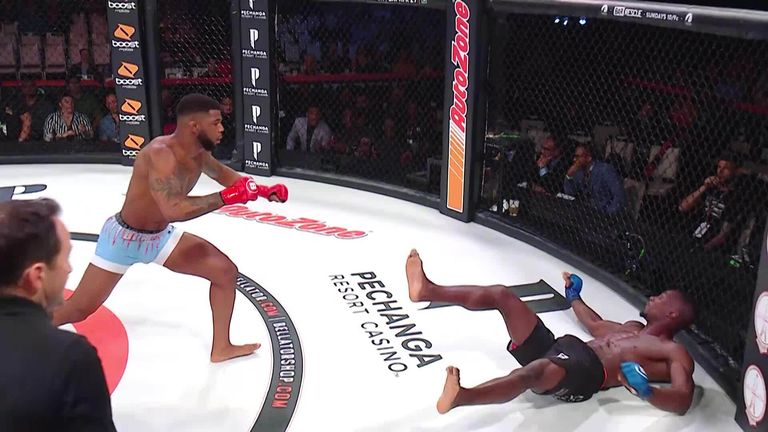 The final match of the card sees the unbeaten Joey Davis take on Bobby Lee, who is making his Bellator debut. Davis (7-0) is currently 5-0 since he dropped to the welterweight division in 2018 and is tied with Yaroslav Amosov for the longest active streak in the division.

Click the video above to check out what you can expect from Bellator 253!

Watch Bellator 253 featuring McKee vs Caldwell and Henderson vs Jackson live on Sky Sports Mix from midnight on this Friday!