Conor McGregor faces Dustin Poirier in trilogy MMA bout at UFC 264 in Las Vegas on Sunday; both fighters hold a win over the other; American Poirier ranked as the No 1 contender in the lightweight division 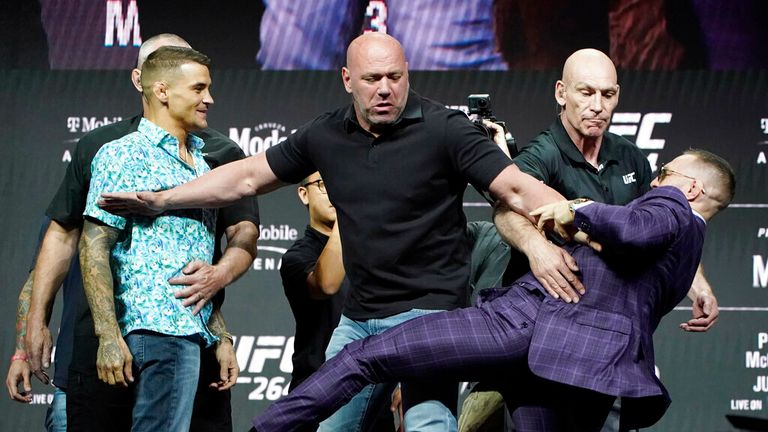 Conor McGregor kicked out at Dustin Poirier as the two squared up in Las Vegas ahead of UFC 264.

McGregor will take on the American for the third time at the T-Mobile Arena in Paradise, Nevada, this weekend with both men having scored a win over the other.

Following a friendly build-up to their bout earlier this year, the Irishman brought a lot more hostility to the press conference, kicking out Poirier during the face-offs. 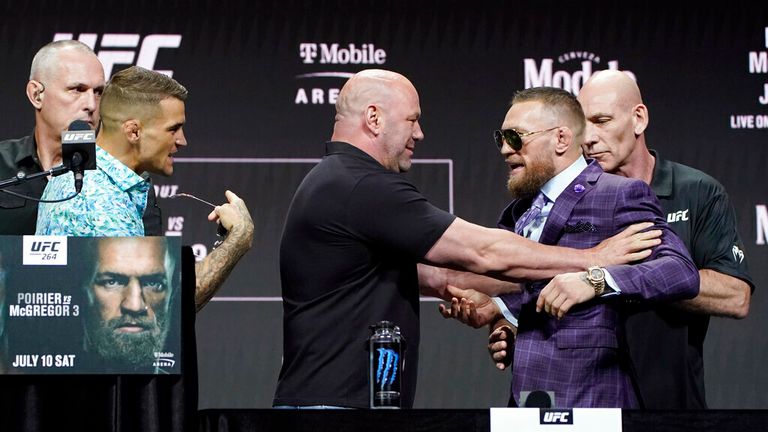 Ahead of the fight, McGregor told a press conference: "I'm going to go through his head, put holes in him and take it off his shoulders, that's the goal here.

"He's done here, this is it for him, this is the end of the road. 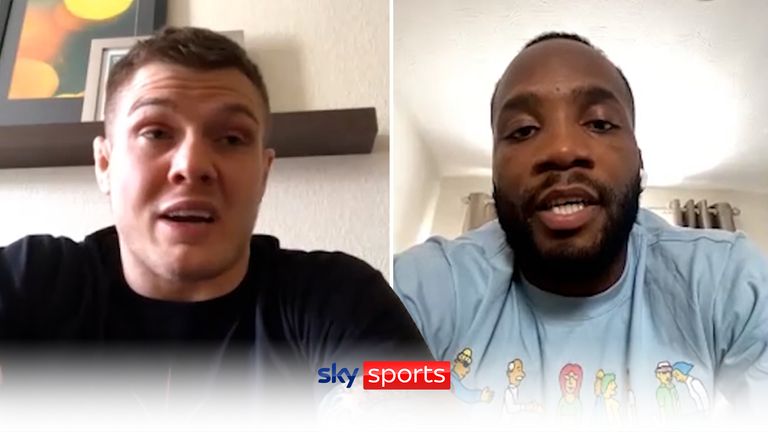 Ahead of the mouth-watering trilogy clash between Conor McGregor and Dustin Poirier at UFC 264, watch predictions from Leon Edwards, Marvin Vettori, Claressa Shields and more!

"It's on, Saturday night he's getting walked around that octagon like a dog and put to sleep."

Jake Paul: McGregor is a fraud

Jake Paul has lashed out at Conor McGregor, accusing him of having "insecurity" and hinting they will meet in a future boxing match.

But after going face to face with Poirier on Thursday night at a press conference, he was criticised by YouTuber-turned-boxer Paul who said: "You can tell Conor has lost 'it'.

"He no longer speaks from a place of authenticity and you can tell he's trying to convince himself of his own lies.

"When we fight I will further expose him for the fraud he is."