UFC president Dana White broke tradition by not wrapping the heavyweight belt around the waist of Francis Ngannou, before refusing to turn up for the post-fight press conference. 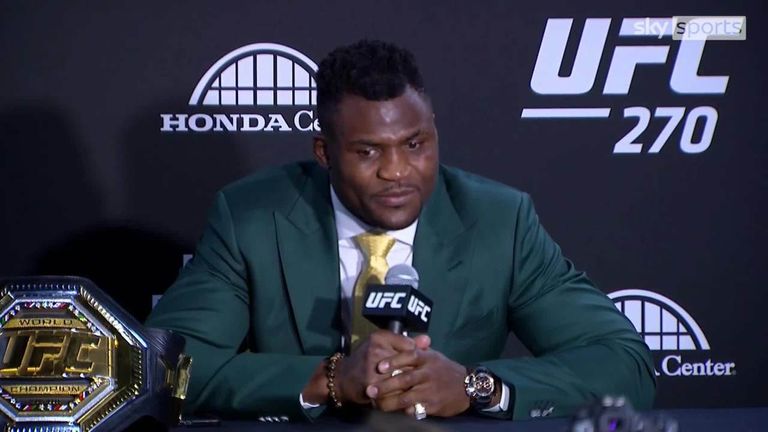 Francis Ngannou is unsure of his UFC future after claiming that he's not a 'free man'. The heavyweight champion's UFC contract is up and speculation has intensified after Dana White didn't put the title around Ngannou's waist after his win.

Francis Ngannou admitted he does not "feel like a free man" as he cast further doubt over his UFC future on the back of defeating  Ciryl Gane to retain his heavyweight crown on Saturday night.

The 35-year-old was referring to ongoing grievances with UFC and the organisation's president Dana White over his contract, which had been due to expire following his meeting with Gane but could now reportedly include another fight on the basis of a championship bout clause

White did not wrap the heavyweight belt around Ngannou's waist post-fight, as is tradition, before failing to attend the press conference.

Ngannou has often expressed his childhood dream of being a boxer and recently outlined his desire to have a deal that offers him the chance to pursue opportunities in the ring, with two-time world heavyweight champion Tyson Fury having been touted as a potential opponent in a mixed rules cross-over clash.

"It's unfortunate that I have to be in this position, that I have to say that. I feel like everyone should have the right to claim for what's best for them.

"At the end of the day, we put a lot of work for this job and we take a lot on our body to make it happen, so we can have a fair and square deal." 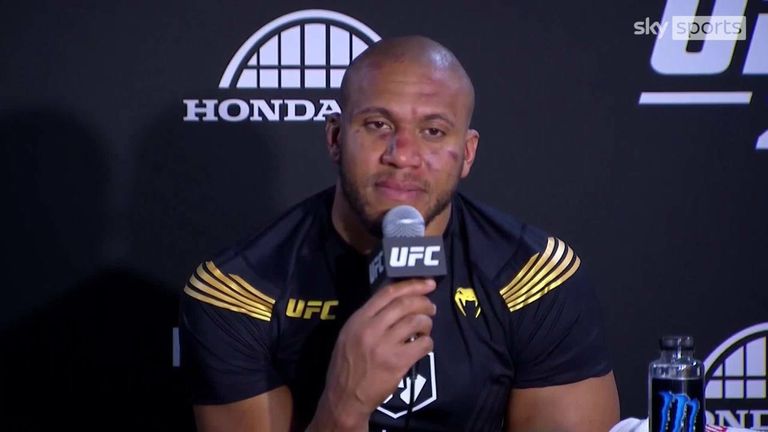 Ngannou reportedly pocketed $600,000 for defending his title against Gane in his third career pay-per-view headliner at UFC 270, while in contrast Fury is said to have taken home $30m for his trilogy fight against Deontay Wilder.

What's more, Jake Paul and Tyron Woodley supposedly earned a $2m purse after their eight-round bout at the end of last year.

Besides his future, Ngannou was also asked on his decision to go ahead with the fight despite suffering a knee injury during camp.

"If you feel like there's a chance that you can do it, I think you have to do it," he said. "And I believe in myself, I been through a lot of stuff in my life so, I was sure, I mean, that must be a dumb decision but I didn't wanna withdraw from this fight, I was very confident about my skills to win this fight."

Speaking post-fight, Gane underlined his intentions to pursue a rematch against Ngannou, whose next steps remain to be seen.

'Ngannou exit would be big blow' 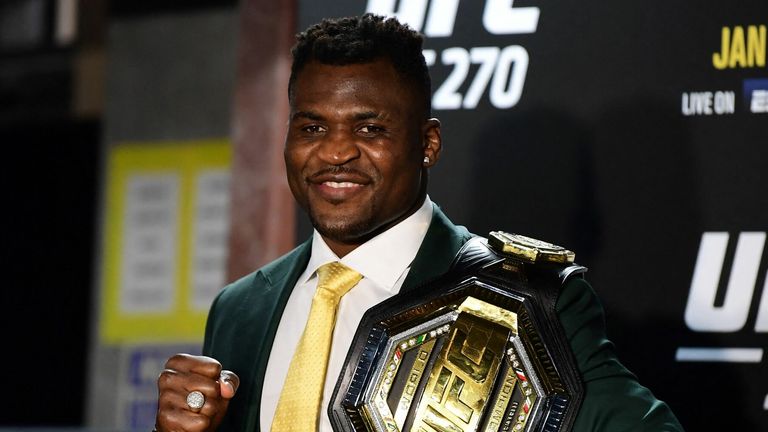 British UFC heavyweight Tom Aspinall believes that Francis Ngannou should be rewarded financially by the UFC and admits it would be a big blow if he left.

English heavyweight Tom Aspinall praised Ngannou for airing his concerns over his contract, citing his influence in growing mixed martial arts around the globe.

"I think it would be a big blow (for him to walk away), because he's the man in heavyweight at the moment, it would be a massive statement against the UFC."

Aspinall is scheduled to face former Bellator heavyweight champion Alexander Volkov on March 19 at The O2 Arena having claimed three Performance of the Night bonuses in his four UFC appearances.