"There are some days where I feel some things and I don't like them but I can deal with them. On the plus side, I feel joy and happiness which I haven't felt in years and years because I tried to block out everything"

There is a soothing contentment to Jack Green, a calming smile indicative of a man in control. The dark clouds of depression continue to float without explanation, but the former Olympian, armed with acceptance, has found a way to manage the negative thoughts.

'Manage' being the pertinent word. Green makes the point that mental health 'can't be fixed' but instead harnessed, which by doing he has unearthed the kind of 'joy and happiness' absent from his life in recent years.

Embarrassment, failure and a sense of weakness engulfed Green on and off the track, invading the mind of the two-time Olympic 400m hurdler throughout his career.

As a nation we look back on the 2012 Olympic Games through gold-tinted glasses, 'Super Saturday' and an inspiring celebration of British athletics uniting the country. For a then 20-year-old Green, the suffocation of 80,000 fans and personal expectations became the starter pistol to understanding and dealing with the mental health struggles he had always known were there.

"A big part for me that probably saved my life was accepting and embracing vulnerability," Green told Sky Sports.

"Brené Brown who writes books and has TED talks and is fantastic, she talks about vulnerability. Had I not read her stuff and worked with a counsellor on vulnerability I'm not sure I'd be here now which is a really sad thing.

"That was about how being male, being a sportsperson and successful, I believed I wasn't allowed to feel certain things or I was being told how to behave a certain way. So I'd wear an armour.

"As soon as I accepted that I'm a human being and human beings feel things, as soon as I said 'OK, I can feel this way, I'm going to sit with it, embrace and accept it', it kind of took the power away from them."

The man that had won gold at the 2011 European U23 Championships cut a figure of harsh self-reproach after falling during the semi-finals of the 400m hurdles at the 2012 Games. Green went on to perform well in the 4x400m relay as part of the Great Britain quartet that missed out on third by 0.13 seconds.

But failure was the first thought, rather than the pride of representing his country at a home Olympics.

"The Olympics was more of a trigger," he added. "I'd always struggled with mental health but didn't know about it, being male, being a sportsperson and deemed to be successful I was somebody that wouldn't fit into that category of having mental health issues, as our stigma kind of says.

"When I went to the Olympics and didn't perform as well as I wanted, I still performed well, I was 20 and top 10 in the world and came fourth in the relay, it was a huge achievement for a 20-year-old but I saw it as a failure. I thought I should be better than that.

"Being in front of 80,000 people as a young athlete who has had no emotional intelligence and never really had any experience I just struggled to handle that failure. That then was a huge trigger that kind of pushed me towards my mental health struggles since, but I was very lucky that I was able to get some help."

Green was diagnosed with depression, bipolar tendencies and anxiety after the Olympics and subsequently made the decision to step away from the sport for two years, during which he admits to "hiding" from his mental health.

He later sold everything he owned and moved out to Florida in view of a return to competing. In 2016 he picked up a 4x400m relay bronze medal at the European Championships in Amsterdam and reached the semi-finals of the 400m hurdles at the Rio Olympics, before collecting bronze in the relay at the 2017 World Championships in London.

While success followed his break, it wasn't without the mental turbulence.

"I won one European bronze and a World bronze, I went to the Commonwealth Games in 2018 and came fourth, all while actually being in a quite poor mental state and not acknowledging or accepting my mental health," he admitted.

"I had an awareness of mental health but I didn't have an understanding of it. Then after 2018 it was when I decided to take a break from the sport before the 2020 Olympics, I was just coaching at that point and kind of ticking over.

"I needed a year off from the intensity and in that time I decided to work with a counsellor because my mental health was in such a poor state. I gained the understanding and was able to manage myself and have a better understanding of why I struggled.

"That led me to making the decision to retire just because I wasn't willing to sacrifice myself as a person to try and win a medal."

With Mental Health Awareness week upon us, Green, who retired aged 28 in November, proudly points to a transformation in societal attitudes and a defiance to the stigma surrounding mental wellbeing in sport.

He admits to not quite 'nailing' the origin of his mental health struggles, but his ability to combat the sole negative thought that would have once overpowered 99 positive thoughts has allowed him to reflect on his career with comfort and satisfaction.

"In the grand scheme of things, I'm very pleased with my career," he said. "I was always in the top 20 in the world, at times top 10, I have World and European medals, fourth at the Olympics and Commonwealths.

"There are still moments where it creeps up on me, where I wake up and I'm like 'why am I feeling like this today?'. But overall it is trying to figure out those triggers.

"The beauty of embracing vulnerability is I put myself into opportunities I wouldn't have normally because I'd have been scared to do them in case I felt a certain way." 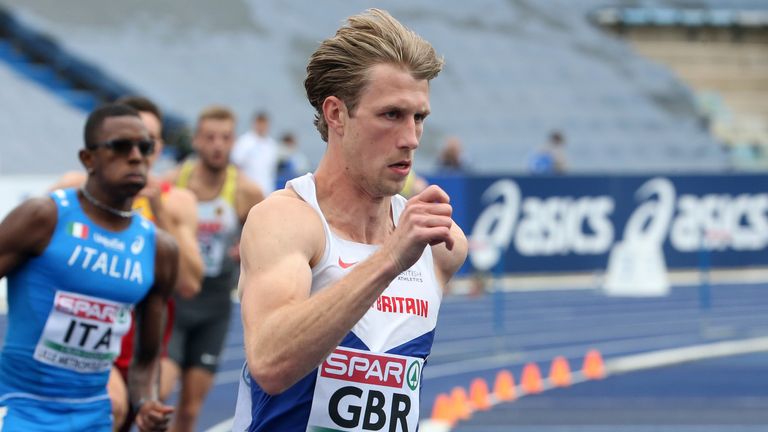 There are some days where I feel some things and I don't like them, but I can deal with them. On the plus side, I feel joy and happiness which I haven't felt in years and years because I tried to block out everything.

Green on dealing with the negative thoughts

Since hanging up his running shoes, the Kent man has continued coaching fellow athletes, including Tokyo-bound Italian sprinter Gloria Hooper, as well as beginning a new role as Head of Wellbeing at BBC Studios - a job he says "wouldn't have existed" five years ago.

The gruelling journey to suppress his own troubles has generated a natural and visible passion to assist others beyond their own mental hurdles.

"I think we're at a level now where awareness is quite high," he said. "Everyone accepts mental health exists, but I think we're now at that level where we need to start teaching the understanding and the education of it.

"That person that's leaving the track and is a person for 22 hours of the day and an athlete for two hours of the day, let's look after them and the performances will probably come because people are in a better place."

Lockdown measures as a result of the coronavirus pandemic have confined athletes to make-shift home gyms and local parks as opposed to training facilities pumped with team camaraderie and coach motivation.

Many are, meanwhile, still mentally processing the disappointment of the 2020 Tokyo Olympics being postponed after months, perhaps years, of training and sacrifice.

"For some people, this might have been their year to make an Olympics because so much changes and there are so many variables," Green said. "That's a whole lifetime of sacrifice, so I think it's completely understandable if people are struggling with the fact that it's been delayed.

"And there's still uncertainty about the Olympics for next year. If you talk about it in the mental health and wellbeing aspect, as soon as there's uncertainty and you can't control the future you get anxiety, it's a huge part of it so I wouldn't be surprised if a lot of athletes are struggling with that." 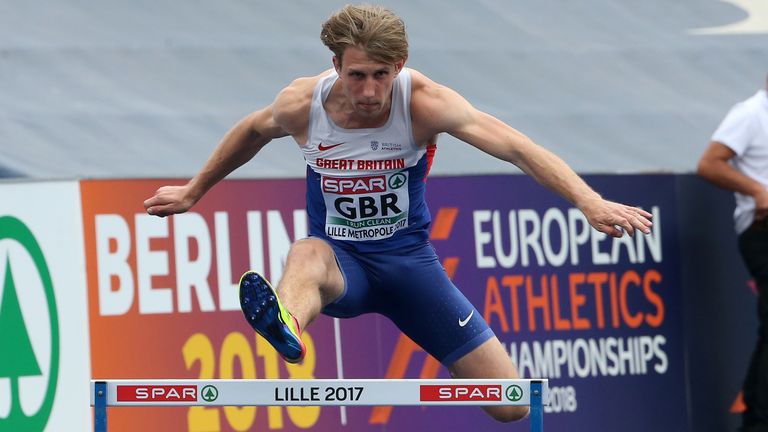 Hopefully governing bodies, coaches and training partners are in a good position to help one another because I think there is going to be a wellbeing, mental health crisis after all of this.

Green on the impact of lockdown on mental health

Speaking as both a coach and now a Head of Wellbeing in a non-sporting environment, Green's advice to reduce expectations applies to anybody finding the current circumstances difficult.

"I think those athletes that took a step back and allowed themselves to accept that the expectations are a bit lower, we can't expect athletes to be performing at world record pace on a grass track that has holes everywhere, I think those are probably the ones that came out best from it," he said.

"It's like 'this isn't normal, this is really difficult, everything is against you, reduce your expectations, don't have expectations, whatever you get out of the day is a plus'. Some days you might just have to sit on the sofa because you're struggling and that's fine.

"These aren't normal times, you aren't going to get the same level you would normally get in the office or before all this'. When you think about doing the best you can I think it's about measuring yourself on effort rather than the result, this is something I had to learn."

Green says he is 'grateful' for the experiences he has faced up to, as they have given him the power to help others. The gloomy thoughts may always hover, but unlike in 2012, he now knows how to handle them.

If you are affected by issues related to this interview or want to talk, please contact the Samaritans on the free helpline 116 123, or visit the website.