"To put himself through what he is doing is just insane. I think [Froome] sees it as an opportunity," says Brailsford

Chris Froome will view the two-month delay to the Tour de France as "an opportunity" to bolster his challenge for a record-equalling fifth title, says Team Ineos manager Dave Brailsford.

Froome missed last year's edition due to a serious crash sustained while training for the Criterium du Dauphine in June, which resulted in the 34-year-old spending more than three weeks in hospital after breaking his neck, femur, elbow, hip and ribs.

The Tour de France had been scheduled to start on June 27 but was pushed back to August 29 due to the coronavirus pandemic and Brailsford says Froome will be working hard to be in peak physical condition.

"He's not complaining [about the delay], let's put it that way," Brailsford told The Times. 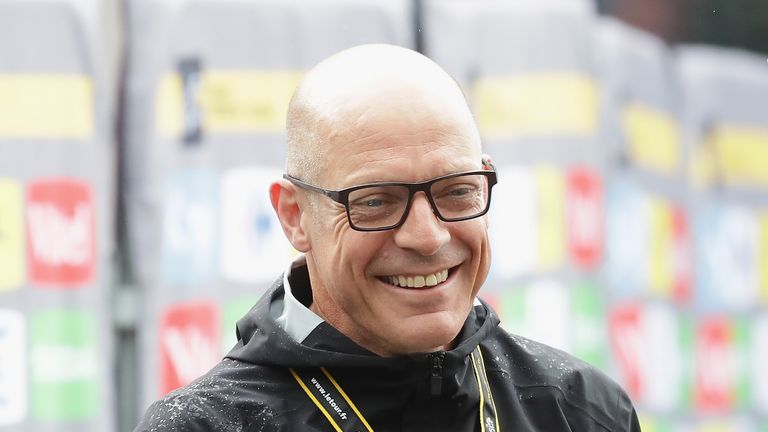 "The one thing about Chris is wow, the guy can train"

Froome returned to competitive racing at the UAE Tour in February and Brailsford says the British rider is maintaining an "insane" workload in readiness of cycling's biggest event.

"The one thing about Chris is wow, the guy can train," Brailsford, who has Tour winners Froome, Geraint Thomas and reigning champion Egan Bernal in his team, added.

"What he's doing in his man cave over there in the gym in the morning, on the turbo, the hours he is putting in on that thing that hurts. To put himself through what he is doing is just insane. I think he sees it as an opportunity.

"If it gives him a little edge where he thinks he can train harder than the rest and make up for lost time when he was injured, he sees that as well as everybody else and he's making the most of it."

Froome won the Tour in 2013, 2015, 2016 and 2017 and is one victory away from the record held by Jacques Anquetil, Eddy Merckx, Bernard Hinault and Miguel Indurain.