Defending champion Egan Bernal will lead the team; Froome and Thomas instead named leaders for Vuelta a Espana and Giro d'Italia respectively

Chris Froome and Geraint Thomas have been left out of Team Ineos' squad for the Tour de France.

Four-time Tour de France winner Froome's place in the squad was in doubt after a lack of form, including at the Criterium du Dauphine earlier this month where he finished 71st.

Thomas, who became the first Welshman to win the event in 2018, is another notable absentee, with the team opting to select last year's winner Egan Bernal for their leadership and give 2019 Giro d'Italia champion Richard Carapaz his debut.

"Chris is a legend of our sport, a true champion who has demonstrated incredible grit and determination to come back from his crash last year," said Ineos team boss Sir Dave Brailsford, ahead of the event, delayed to start on August 29.

"We want to support him to compete for another Grand Tour title and the Vuelta gives him that little bit more time to continue his progress to the top level."

Froome, who will join Israel Start-Up Nation for next season as sole team leader, will focus his attention on the Vuelta a Espana, to be held from October 20 to November 8, while Thomas will ride at the Giro d'Italia, which begins on October 3.

Froome admitted he is not ready for the gruelling test this time so soon after making a full recovery from last year's crash, which resulted in him breaking his neck, femur, elbow, hip and ribs. 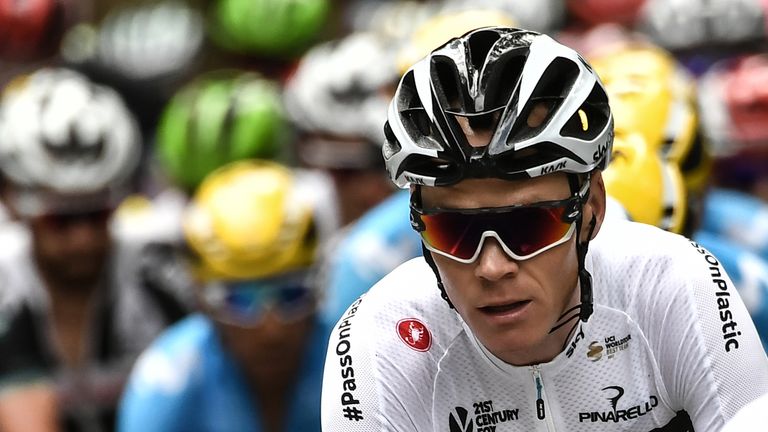 "I think it's a lot more realistic targeting the Vuelta a Espana. It gives me a chance to really get stuck into something that's deliverable, really"

"There's definitely a readjustment for me, moving the goalposts from the Tour de France to the Vuelta a Espana, but given where I've come from through the last year..." Froome said.

"I've had an incredible recovery from the big crash I had last year and I'm in a very fortunate position to be back racing now already, but I'm not confident that I can really fulfil the necessary job that would be needed from me at this year's Tour de France.

"I think it's a lot more realistic targeting the Vuelta a Espana. It gives me a chance to really get stuck into something that's deliverable, really."

"Egan will once again target the yellow jersey in France and we are very excited to give last year's Giro winner, Richard Carapaz, his debut in this year's Tour also," Brailsford added.

"Geraint will target the Giro and take on the opportunity to double up his Tour de France win with another Grand Tour title, with the aim of being the first Welshman to win it."

Team Ineos, formerly known as Team Sky, have won seven of the past eight editions of the Grand Tour race.

Brailsford said: "We have been analysing closely how we can win the Tour de France this year and we have a passionate team united by a common purpose, ready to get the job done."