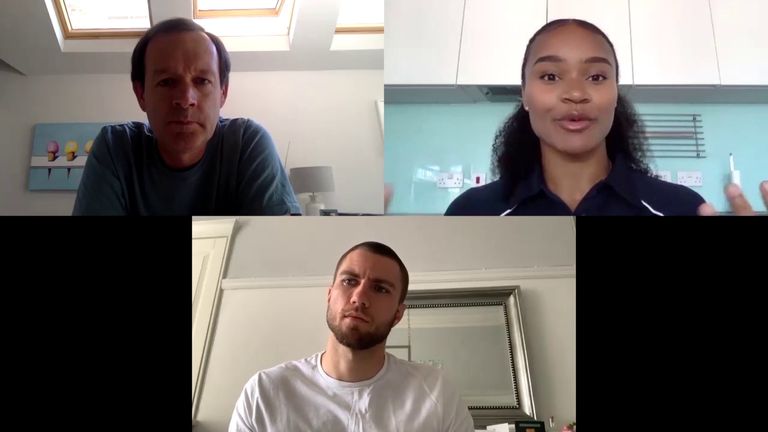 "I've had down days. There's something very different and very special about training for an Olympic year."

Sky Sports Scholars and GB athletes Andrew Pozzi and Imani Lansiquot should have been just months away from their special moment on the biggest stage.

As part of Mental Health Awareness Week, Adam Smith caught up with the duo who opened up about overcoming adversity, and 2021 being the new 2020.

And if there's a sport other than athletics that's all about big moments, it's boxing. Pozzi and Lansiquot were joined by a few familiar faces from Sky Sports to chat through their own struggles. Matthew Macklin, Johnny Nelson and Spencer Oliver.

"In the middle of when things were really bad, it was difficult to stay motivated," sprinter Lansiquot said.

"As athletes, people underestimate how meticulous we are. On race day I can plan out every minute of my day. I'm someone who functions having a plan and knowing what's going to happen and I think I found it especially difficult when things were up in the air.

"Every day I was coming into training giving 110 per cent and it was exhausting and it was all preparing for this magical year I had in my head and now that's been taken away, it's very difficult to get to grips with."

Pozzi has seen dark days before. There was the hamstring injury that curtailed his London 2012 Olympics, followed by years of persistent foot injuries that saw him almost disappear from the sport completely. At 28, things were finally coming together. 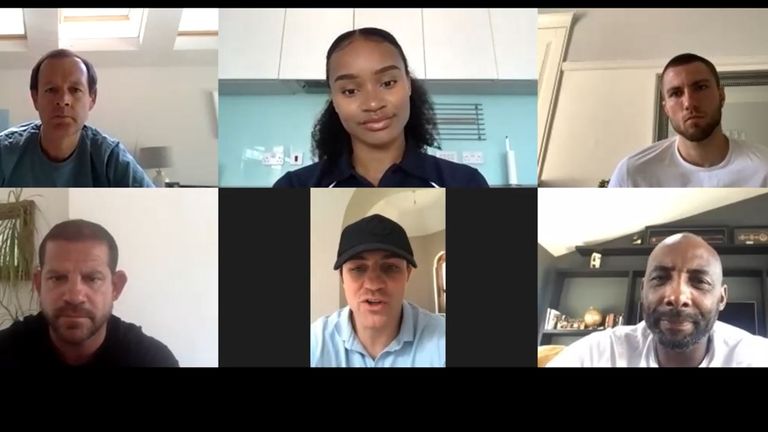 "Ever since 2016 and the Rio Olympics passed, I've been working towards the start of August 2020 for these Olympics," Pozzi said.

"For that to just disappear it's kind of like, 'what are we working towards?'. All of a sudden the scaffolding of the last four years has gone.

"The biggest thing for me was moving to Italy for these Olympics. I train with a Cuban coach who only speaks Spanish, I had to learn new languages and there have been loads of challenges in that move but it's always been worthwhile. You see that and you're like 'right we need to completely reassess'.

"I've had lots of injuries and lots of dark moments over the last decade, the fact that things were going well, I was unbeaten indoors, one of the fastest times in the world so it felt like things were coming together at the right time.

"I think it's stepping away from that frustration and realising the goal still remains there - it's just taking a slightly different path."

Someone who knows a thing or two about overcoming adversity is Spencer Oliver.

At 23, his boxing career was cut short after suffering life-threatening injuries in a world title fight with Ukrainian Sergey Devakov at London's Royal Albert Hall.

"My world came to an end, my world was shattered in this fight," Oliver said.

"I got dropped in the first round, I had a heavy nose bleed, this was coming from a bleed in the brain that eventually turned into a blood clot. The fight went on 10 rounds, it was very close, I was boxing well below par but obviously I had this injury. The fight was stopped, I collapsed in the ring and I was put into an induced coma.

"The next thing I remember, it's May 14th (12 days later), I wake up, I look around and I'm in a strange room. I was a bit foggy, I didn't know what was going on. At first I thought I was still at the Royal Albert Hall, it was the most surreal feeling ever. 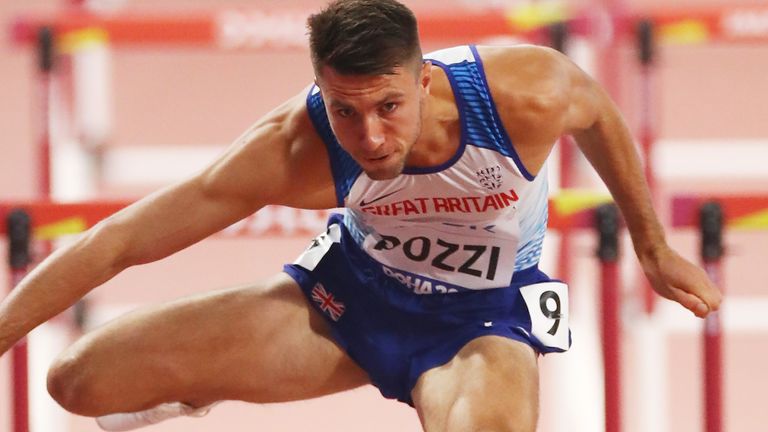 "I then realised I'd been knocked out and I thought to myself, 'you know what, that's not too bad, I'll have a year out and I'll come again'. I still didn't realise the extent of the injury.

"I had 98 staples going from one side of my head to the other and they had to remove a blood clot from the right side of my brain.

"It wasn't a career-ending injury, it was a life-threatening injury. I had to learn to walk again. learn to talk again. I'm a young kid, a professional athlete at the top of his game who's now struggling to walk on a zimmer frame.

"It was a dark journey for me. When I hit my lowest I used that mentality like I was training for a fight, to get me back where I needed to get to. Do not look back, that's the secret, look forward."

For Matthew Macklin - he found looking back, helped him move forward. The three-time world middleweight title challenger stepped away from the ring in 2016 with a 35-6 record. 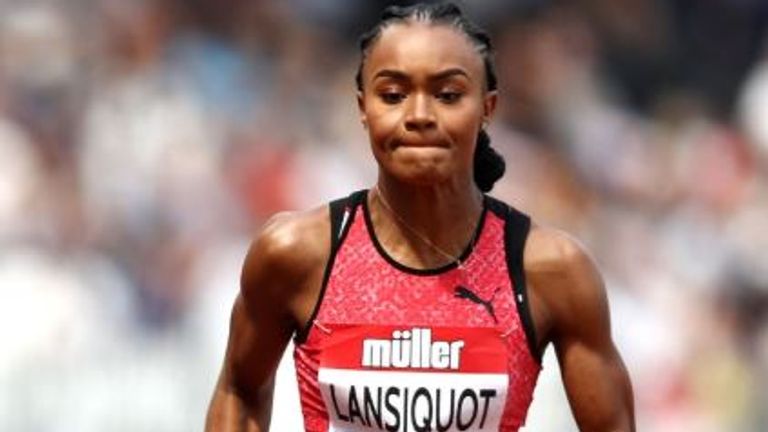 "I remember when I lost that fight with Jamie Moore," Macklin said. "It was a great fight, considered one of the best British title fights ever, I got knocked out in the 10th round, taken to hospital in the ambulance.

"I spent the night in hospital and reading the reviews, and all the write-ups there were a lot of accolades because of the courage and the determination that I showed. But ultimately when that all settled down, I was 24, I'd lost twice and hadn't even won a British title.

"I remember trying to get back fighting and I had setback after setback. One day I was sparring in the gym, we had a fight that was a few weeks away and I got hit with a good body shot. I went to the physio and he said 'look, you've bruised your rib and you won't be able to fight'.

"I came back to the apartment, called up my manager, no answer, called him again and text him, no answer. Hours passed and my head is doing some mad overthinking and I just burst out crying, it was completely and utterly out of pure frustration.

"There were other setbacks and periods where self-doubt crept in but I'd look back on adversities and I would source strength from that. 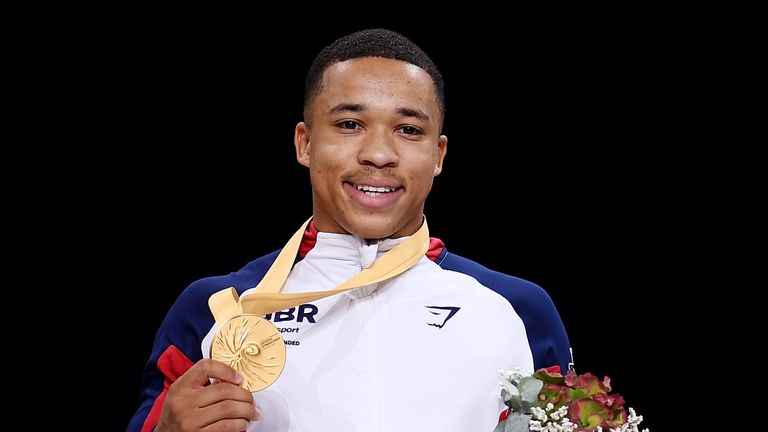 Setbacks, it's clear, is the common theme of this conversation.

Johnny Nelson overcame enough during his boxing career which began with 10 defeats in 16 bouts. He went on to become the longest reigning world cruiserweight champion of all time.

"Mentally whenever I went in the ring I actually thought they were better than me," Nelson said.

"I wasn't a good amateur, I'd lost as a professional, so then I had every excuse. I needed to put myself mentally in a place where I expected success, where I thought 'I deserve every ounce of success'.

"By the time I really believed in myself, the day that I knew, and that was the day I stepped in the ring for the world title against Carl Thompson and I selfishly knew I had done everything, I deserved to win, I couldn't see past that.

"By the time I got in the ring I knew what I was capable of doing, I'd trained right, eaten right, prepared right. Why shouldn't it be my turn now?"