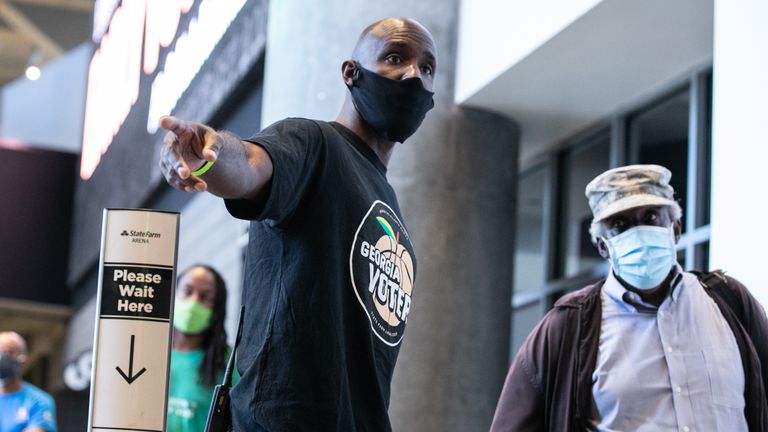 In a season where his Atlanta Hawks were unable to reach the playoffs, Lloyd Pierce's activism off the court may have made him the NBA's outstanding coach of 2020.

As the United States prepares for Tuesday's presidential election, Pierce and the Hawks organisation continue to play a vital role in ensuring Americans are able to fulfil their right to vote.

The 44-year-old was appointed head coach of the rebuilding Hawks in 2018, since when he has overseen the development of a talented, but young, group of players.

Despite Atlanta point guard Trae Young's constant production of highlight plays, Pierce's Hawks have yet to find the perfect formula on the court, finishing short of playoff contention in each of the last two seasons.

However, with the NBA facing new challenges in 2020 in the form of the coronavirus pandemic and the impact of racial injustice, Pierce has repeatedly exhibited his value to both his organisation and the league as a whole.

"I don't know if there's ever been a year where we've seen and experienced so much, on the court and off the court," Pierce told Sky Sports News. "The disruption of our league, the pandemic, the mounting of racial tensions, and then obviously in an election year.

"I think there's a lot of critical areas of importance to address and the best way you do that is through leadership and through civic engagement with your leadership and we really feel that we have an ability to engage our community and assist our community in voting."

Although the Atlanta Hawks were not present when the NBA resumed in a 'bubble' at the end of July following a four-month stoppage caused by the coronavirus pandemic, Pierce's influence was quickly visible.

The head coaches in Orlando - and their assistants - wore shirts featuring the logo of 'Coaches for Racial Justice', an organisation Pierce set up - and became the inaugural chairman of - during the league's stoppage.

"And I just felt as one of the few African-American coaches, in communication with a lot of other African-American coaches, there was a sense of hurt, pain, emotional struggles that a lot of our coaches were having when we saw some of the incidents that occurred - with George Floyd, Ahmaud Arbery, the incident with Amy Cooper in the New York park, just the frustration at that time.

"We felt we needed to come together as coaches to discuss what we could do to educate ourselves, so that we could support our players, educate our players and help them as they're dealing with it as well, but also what can we do to encourage our organisations to do a little bit more for our communities."

Tensions rose further in August as the Milwaukee Bucks triggered a player boycott during the playoffs, following the shooting of another black American man, Jacob Blake, by police in Wisconsin.

Following a debate over whether to call off the NBA season there and then, play resumed, but with players adamant that more needed to be done, particularly by the hugely influential and wealthy owners of their teams.

The Hawks, not for the first time, appear to be leading the way in responding to the players' demands for support.

"They made a huge commitment and pledge to not only support and provide resources for the minority communities of economic empowerment - small business, entrepreneurs here in the city of Atlanta - but really a commitment to be engaged, to stay engaged, to partner our organisation with a lot of individuals here that are trying to do that, that are trying to bridge the gap of economic disparity here in Atlanta," Pierce said. 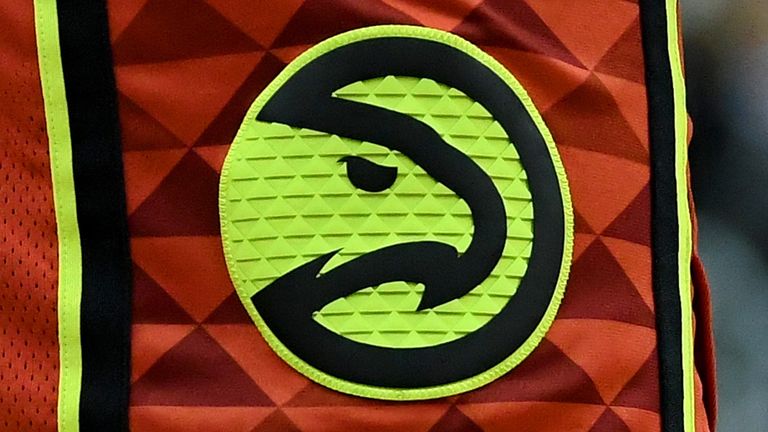 "And if we can be that example for other cities and other teams, then more power to us."

In June the Hawks became the first NBA team to confirm they would make their arena available as a voting station for the presidential election, and the organisation urged others to follow suit in helping make it easier for citizens to participate, eradicating issues such as long queues.

The call to arms was successful, with the majority of the league's teams having opened their facilities this month to support voting in some regard.

However, Pierce went a step further. As Atlanta's State Farm Arena opened on Monday, October 12 for its first day hosting early voting, the Hawks head coach reported at 8am, remaining in his role as election worker until 6pm that evening.

"Personally for me it was incredibly emotional," Pierce said. "You get the excitement, you get the energy to see people coming in and voting for the first time. Voting without having to wait in line, the excitement and energy of how seamless that process was.

"Just being in that line as a greeter and meeting so many people of this city that are excited that we are doing something to help them vote without any issue, that was emotional, that was fun to be a part of. There's just an energy you get from engaging with other people on something that's so important and so powerful.

"So I've tried to encourage the rest of our coaches, the others that are doing it in their cities, to just experience it. So that we felt and understood what a lot of people have gone through and the experience as a result of our arena being open really restores that faith in the election process.

"To be able to come to our arena, to vote, and be in and out in less than 15 or 20 minutes, restores that faith in not only the power to vote, but the ability to do so and not feel like someone's taking that away from you or making it a difficult process."

Pierce's efforts could play a crucial role as America chooses between Donald Trump and Joe Biden, with the state of Georgia potentially proving to be a crucial battleground.

The Democrats last won in Georgia in 1992, but increased participation among minorities and younger voters, particularly in Atlanta, are expected to create a close race.

Look back at a sample of our our features, news stories and video content from our Sky Sports News and our Sky Sports platforms. Check out some of our 2020 Black History Month content here