Ronnie O'Sullivan equalled Stephen Hendry's all-time record of 775 century breaks to round off a 6-4 win over Ricky Walden at the Masters.

The reigning champion looked to be cruising to a first-round victory when he led 5-1 at Alexandra Palace, but Walden reeled off three successive frames, including one in which he needed two snookers.

However, O’Sullivan got his opportunity in frame 10 and was well past the winning post when an outlandish fluke on the yellow kept alive his run to a 116 clearance and a moment of history.

"You go chasing records and you end up doing it on a fluke!" said O'Sullivan. "I'd had a bit of 'run' through the match and thought 'I could fluke this one'."

O'Sullivan, who will face Marco Fu in the next round on Thursday, led Walden 3-1 at the mid-session interval with the help of a 77 break in frame four and returned with a 91 to extend his lead. 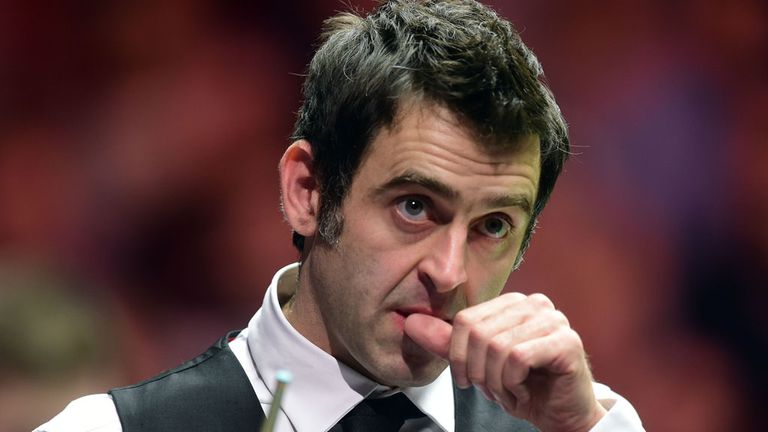 These guys are playing week in, week out and I'm nowhere near where I was 18 months ago, I don't play enough tournaments.

He made a round 100 to go 5-1 up – and within one ton of Hendry's record – but Walden responded in kind to pull a frame back.

O'Sullivan made 66 in the next to leave his opponent needing two snookers to stay in the match, Walden eventually laying one on an awkward last red.

He was rewarded with a free ball to get him back in the frame and a brilliant clearance of 40 made it 5-3, and he closed the gap to one with a 73 break after O'Sullivan missed a pink to the left middle.

But O'Sullivan got over the line in some style, with the yellow travelling round the houses before dropping in the left middle. That and every subsequent pot, including the landmark blue, was cheered raucously by the Ally Pally crowd.

The five-time champion admitted he struggled at times in the match and attributed Walden's comeback to his superior match-sharpness.

O'Sullivan, who plays a limited schedule, said: "These guys are playing week-in, week-out and I'm nowhere near where I was 18 months ago, I don't play enough tournaments.

"At the moment I'm just scraping though a few victories and you can't keep doing that."