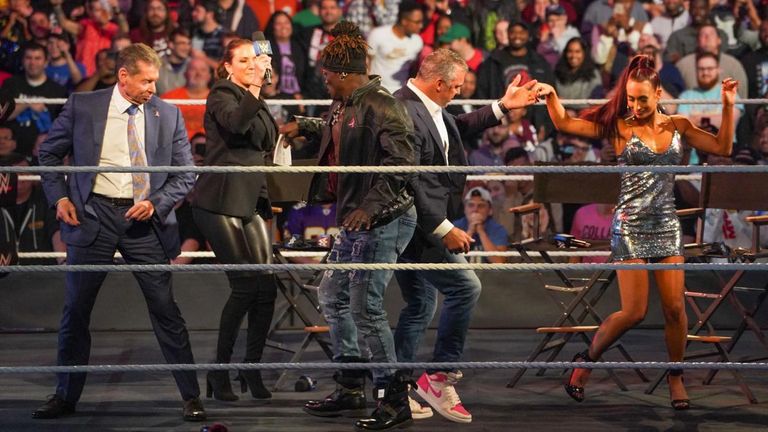 Vince McMahon will make a rare appearance on WWE Raw tonight - and has vowed to "shake things up".

The appearance of the WWE chairman and majority shareholder always adds a degree of gravitas to a show and that is especially the case when he has made an advance promise to make some changes.

The nature of those changes is not known but there is likely to be some fallout from TLC, where Baron Corbin lost his acting general manager job and Braun Strowman earned a Universal title match against Brock Lesnar.

Speculation has ranged wildly from McMahon making some firings, drafting a few superstars between Raw and SmackDown and even confirming his retirement from pro wrestling to concentrate fully on his XFL venture.

All will be revealed tonight.

Will Lynch or Flair make their presence felt?

Raw women's champion Ronda Rousey exacted her revenge on both Charlotte Flair and Becky Lynch when she tipped them off the ladder at the end of their TLC match against Asuka, paving the way for the Japanese star to take the SmackDown title.

TLC went off the air with Lynch and Flair seething at Rousey, who marched to the locker room after her decisive interference in the match.

The Royal Rumble is just over a month away and - as it stands - Flair and Lynch will be entering it in a bid to earn a title shot; said title shot can be against the champion of either brand and so that could place one of them on collision course with Rousey.

He was assisted in the victory by Dolph Ziggler, who then proceeded to lay Balor out during a backstage interview after the match.

After those very different interactions, Balor and Ziggler will look to settle things in the ring tonight on Raw.

Please note: Tonight's episode of Raw will be shown on Sky Sports Mix at 1am tonight and not in the usual slot of Sky Sports Arena.