WWE: Should Roman Reigns have a Universal title match at WrestleMania? 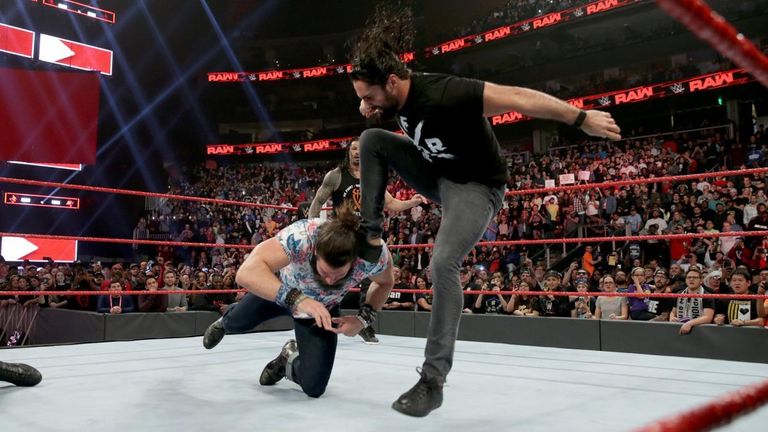 Roman Reigns did not feature on Raw this week, and the widely-held prediction is that he will face Drew McIntyre at WrestleMania.

Reigns' Shield colleague Seth Rollins will be the man who faces Brock Lesnar in the Universal title match, a position which has been dominated by Reigns for the past few years.

But should Roman be put in the match? We take a look at the argument...

Like Becky Lynch earlier in the evening, Seth Rollins stood tall in Phoenix last month as the winner of the Royal Rumble, victory and WrestleMania title shot secured.

He challenged Brock Lesnar at Raw the following night and will face The Beast next month in New Jersey. But should he be the sole superstar to face Lesnar? Will there be something missing when he and Lesnar will take on each other? The answer is probably yes.

Roman Reigns will be the missing link in that match.

The Big Dog is back in WWE and it is surely almost impossible for the company to keep him out of the title match for the biggest championship in the men's division. Roman waited for years for the belt and when he left the company in October 2018, he was the proud owner of it.

Leaving the company as the champion due to uncontrollable reasons and not being given a chance to reclaim it at the grandest stage would be absurd. In fact, he should be given preference over Rollins.

From the outside world, it is clear that Rollins will have a tough road against Lesnar. He has almost an impossible job at hand. In fact, the audience might find it hard to see any outcome other than Lesnar easily strolling to a win.

There has to be someone in the ring who can blunt the 'Lesnar effect' and there is no one better than Roman on the present roster to do so. Whether he wins the title or not is a different question but at least Lesnar will have a difficult time in the ring if both Rollins and Roman go against him.

Brock has just lost one match in the past two years, the sole defeat coming against Reigns at SummerSlam 2018.

Add Roman to the title match and it should be a profitable punt for the company that has benefited from his recent comeback, and continue to do so all the way along the road to WrestleMania.