Big E was back on SmackDown to help The New Day to a hard-fought victory over Kevin Owens, Sami Zayn and Dolph Ziggler in a six-man tag-team match.

WWE champion Kofi Kingston looked to yet again vanquish the three superstars that have been coming for his head since he captured the title but this time had his New Day brothers by his side.

In an intense main event, Ziggler accidentally nailed Zayn with a superkick, which allowed Kingston to strike with two Troubles in Paradise - one to The Showoff, which took him out of the contest, and then another to Zayn, which secured the victory for The New Day.

The victory proved The New Day do indeed still rock but Kingston still has his agenda full for the coming weeks, a not unheard-of scenario for a top-tier WWE champion.

He will put his title on the line at Stomping Grounds, live on Sky Sports Box Office on June 23, against Ziggler in the confines of a steel cage. 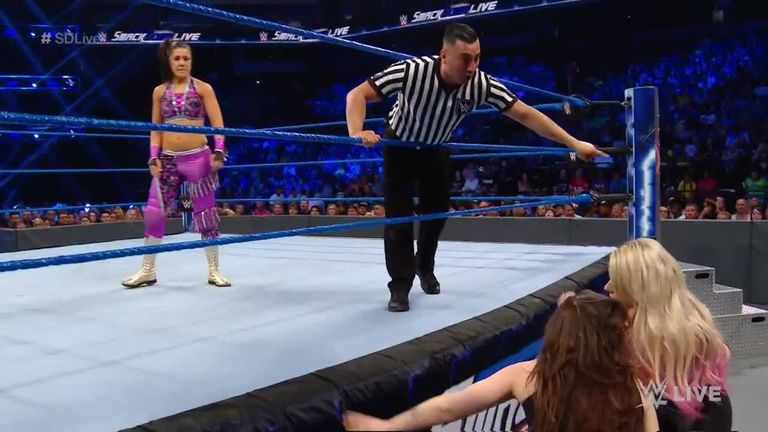 Alexa Bliss and Nikki Cross were the female players of the Raw wild card for this week's SmackDown, with the former providing corner support for the latter for a crack at SmackDown women's champion Bayley.

Don't miss a minute of the action from WWE Stomping Grounds live on Sky Sports Box Office on June 23!

The contest was given something of an edge when the Goddess informed Bliss Bayley liked several disparaging tweets about her following their collision on Raw.

With Cross seeking payback against Bliss' Stomping Grounds opponent, the former Sanity member was clearly fired up as she stepped to the champ but The Hugger managed to put Cross down with a massive elbow drop for the win, staring Bliss down as she made the cover to issue a major pre-pay-per-view statement. 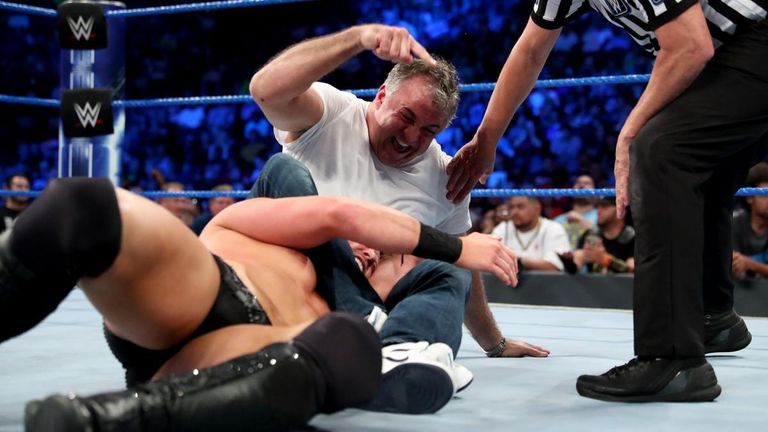 Rough night for The Miz

The Miz got the chance to get a piece of Shane McMahon by defeating Elias and Drew McIntyre in singles bouts. The A-Lister was undeterred by the mountain he was facing, and with Shane and McIntyre lurking at ringside, he took down Elias down with a Skull-Crushing Finale to get one step closer to colliding with Shane-O-Mac.

But The Scottish Psychopath had other ideas and - with Shane in full distraction mode at ringside - leveled Miz with a ring-rattling Claymore Kick for the win.

Get WWE news on your phone

Want the latest WWE news, interviews and videos highlights on your phone? Find out how

Despite Miz not being victorious, McMahon accepted the challenge of a match anyway, taking on the down and dazed A-Lister.

The plan almost backfired though when Miz got to his feet and got in some offense but his exhaustion was too much to overcome, and he tapped out to a Triangle to trigger another excessive celebration.