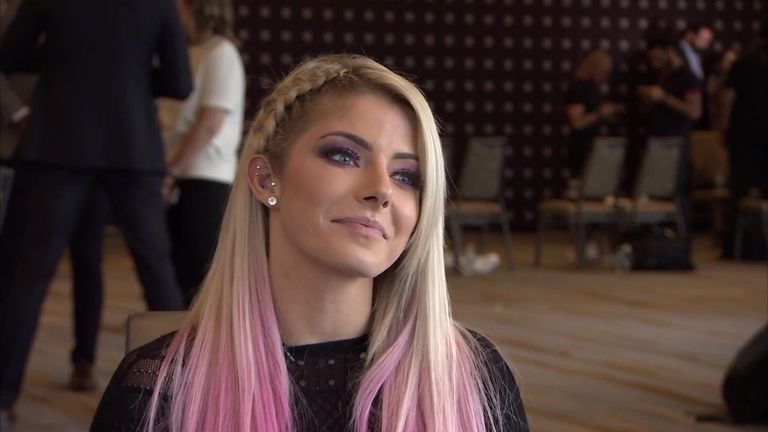 Alexa Bliss has revealed that WWE's handling of her documented concussion issues has left her feeling a lot better due to the information and education she was provided with.

It was a turbulent 2018 for the 28-year-old, who suffered a concussion last August against Ronda Rousey at SummerSlam. She then suffered a second concussion a few weeks later before being cleared to return to the ring in January at the Royal Rumble.

The five-time women's champion is now in a better place and cleared of injuries that halted her career last year.

"Once you have a concussion it's easier to get re-concussed and I found that out very clearly. It the brain, it's not like an ankle you can tape up and you know the time frame that it's going to heal - the brain is a completely different thing," said Bliss.

"It is definitely something that I am more cautions of but WWE set me up with the best doctors possible, the best neurologists, physiologists and everyone basically had their hands in on my brain.

Bliss and her tag-team partner Nikki Cross recently captured the women's tag-team titles from The IIconics and has revealed that she is now fully aware of the moves she shouldn't perform in the ring in order to not be concussed in future.

"I am very fortunate that the team of doctors that I was put in touch with are very familiar with concussions.

"It's been a long year but I'm happy that I was given the information I was because now I can be more pro-active when it comes to protecting myself when it comes to a concussion and be safer in the ring."