Can Luka Doncic lead the Dallas Mavericks to the Western Conference Finals in 2020-21?

Watch Luka Doncic and the Dallas Mavericks in action against the Los Angeles Clippers live on YouTube channel from 8.30pm on Sunday night

Luka Doncic isn't shy about it, he wants to win an NBA championship. And whether it comes this season or in seasons to come, with the Dallas Mavericks or elsewhere, it's difficult to see him not getting the opportunity to vie for one, if not many.

The Brooklyn Nets' Kyrie Irving spoke this week about no longer having an interest in winning individual accolades as he looks to add to the ring he won in Cleveland, and you get the feeling Doncic similarly has little interest in the 2020-21 MVP odds currently stacked in his favour.

Such has been the impact of European basketball's latest star export that top eight in a hugely-competitive Western Conference looks something of a very modest minimum expectation for Dallas.

On the back of reaching the playoffs for the first time since 2015-16, can the Doncic-led Mavs reach the Conference Finals this season?

"Luka Doncic, any team that he plays on moving forward in his career is going to garnish this type of expectation," said three-time NBA champion BJ Armstrong on Sky Sports Heatcheck. 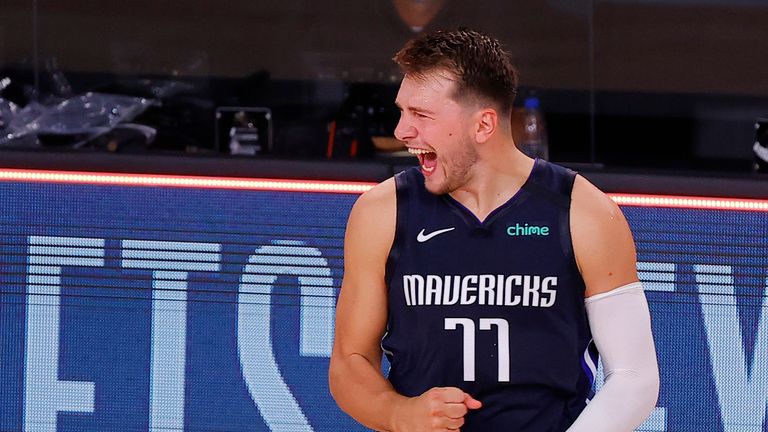 Doncic aside, Latvian big Kristaps Porzingis looms as an integral piece after a mixed 2019-20 season on the back of an 18-month layoff while recovering from an ACL injury.

In 57 regular-season games he averaged 20.4 points, 9.5 rebounds and 1.8 assists per game, before averaging 30.5 points and 9.5 rebounds across six of the Mavericks' eight seeding games in the NBA bubble while playing some of his best basketball.

His season then came to a premature end when a knee problem sidelined him after Game 3 in the round one match-up against the LA Clippers. Offseason surgery to repair his meniscus has since meant a delayed start to the new season for the former New York Knick.

"I think they still have to figure out their second scorer and have some consistency there because Porzingis hasn't shown the ability to stay healthy and they're going to need a healthy Porzingis throughout the course of the season," added Armstrong. 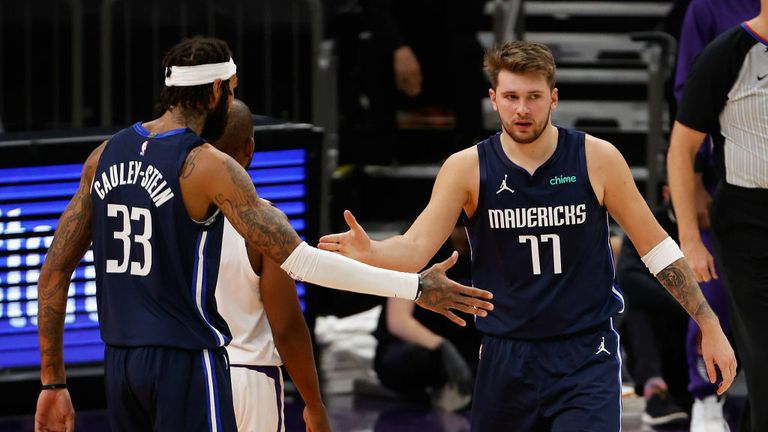 "When he's playing he has been terrific but the health is a concern. I love Luka Doncic, you have a top-five player at the very least with him, who can score and has seen every defense you can possibly throw at him and he can perform at the highest level.

Doncic averaged 28.8 points, 9.4 rebounds and 8.8 assists per game last season, as well as leading the league with 17 triple-doubles and going on to post 42 points, nine assists and seven rebounds on his playoff debut. The Mavericks lost Seth Curry during the offseason, but did bolster the talent around their star man with the addition of former Philadelphia 76ers guard Josh Richardson, former Minnesota Timberwolves forward James Johnson and former Orlando Magic forward Wesley Iwundu.

"Luka Doncic is a star, he's a star of stars," said Armstrong. "I think this young man will be in the MVP conversation for many years to come. I think they are ways away from getting to the Western Conference Finals, but you can never count Luka out.

"This year they showed what they are capable of doing because Luka can keep you in the game and he can win you a game all by himself. He is a terrific player, I love him but I think realistically they are not ready to get to the Western Conference Finals just yet."

The 21-year-old posted 32 points, eight rebounds and five assists in the Mavericks' 106-102 opening game defeat to the Phoenix Suns after shooting 11 of 26 from the field and missing all six of his three-point attempts.

Watch Luka Doncic and the Dallas Mavericks in action against the Los Angeles Clippers live on Sky Sports Football and for free on the Sky Sports YouTube channel from 8.30pm on Sunday night.