By Stuart Hodge - <a href="https://twitter.com/HodgeytheHack">@hodgeythehack</a>

Gary Harris has been earning the plaudits of his coach and team-mates as the key man in the Denver Nuggets' journey to becoming the league's best defense.

The Nuggets have locked in on that end of the floor this year since the very start in their quest to become a contender. Those numbers come as part of a wider trend, their overall defensive rating for the season of 102.1 is the NBA's best - this is now an elite defensive team.

After helping to neutralise Devin Booker and Bradley Beal in his last two matches, two of the league's premier shooting guards, Harris' team-mates have been queuing up to suggest he should be on the NBA All-Defensive first team this year.

Malone said: "You always want to make it difficult for the other teams best player so you game plan for that.

"I just gave Gary a lot of love in there because that is back to back games guarding two of the better shooting guards in the NBA and, not that he did it all by himself, but he did the lion's share of work. When you hold Bradley Beal to 6-of-15 shooting, 2-of-10 from three - and he only got to the foul line twice - those are great numbers." 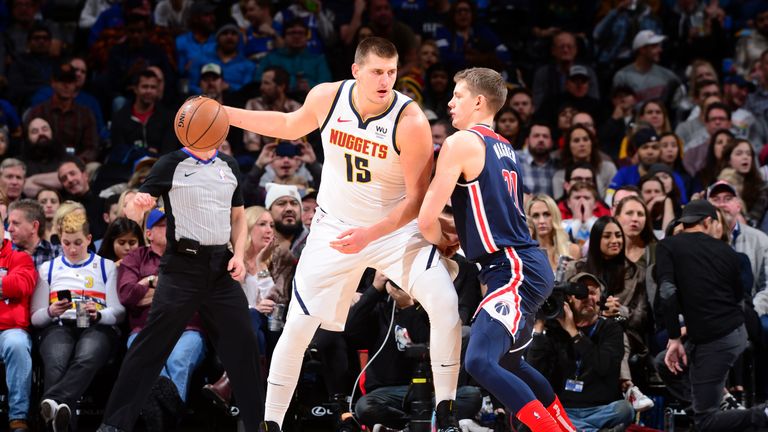 Harris' backcourt colleague Jamal Murray said he sees every day in training how stifling his team-mate's defense is and reckons the evidence of how he can lock down opponents is there for everyone to see.

"He can lock down the best player and make other guys make plays that they are not used to making which is going to be a better night for us. Night in and night out, I think he is doing a great job. He is in a groove right now getting stops."

The next assignment for Denver's main lockdown defender is guarding Buddy Hield, a man full of confidence. The Sacramento Kings guard had a career-best night earlier this week, hitting 15 of 26 shots, including a team-record 11 threes as he notched 41 points in the defeat to the Boston Celtics.

Watch Mavericks @ Lakers on Sunday free at 9pm on skysports.com, via the Sky Sports app or on YouTube

Hield's offensive potency coming up against Harris' defensive smarts should make for a fascinating subplot in Saturday's Primetime encounter between both clubs - and their personal duel could well decide which team takes the spoils on the night.